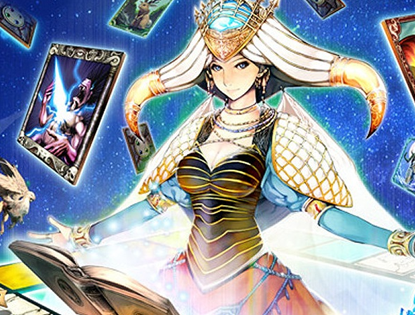 Culdcept has been around since 1997, but if it’s not a name you recognise, than don’t worry; outside of Japan it’s been the most niche of niche, and if a Culdcept game was even released in English, it was done in such a limited manner that almost no one who might have been otherwise interested in it would have the chance to try it.


Related reading: Another game that has an oddly similar style, without monsters, is Itadaki Street, or Fortune Street. Here’s Matt’s review of the iOS release in that series.

I’d go as far as to say this Culdcept Revolt on the Nintendo 3DS is the first genuine attempt to take Culdcept to a global audience. It’s brought to us in the west by NISA, so, thank you NISA, for finally giving me the chance to discover what I have suspected from the occasional screenshot and mention online for some years; I really, really like Culdcept.

The simplest and cleanest way to think about Culdcept is that it’s Magic: The Gathering meets Monopoly. If that sounds weird, then to break it down a bit further; this is a game of two parts. One part is the deck building mechanics of Magic: The Gathering, in that you try and form a powerful deck of 50 cards by opening booster packs and using the new cards to tweak your existing deck. Cards feature monsters, which can do battle, equipment, which can help the monsters do battle, or magic, which can affect other players or their own cards. 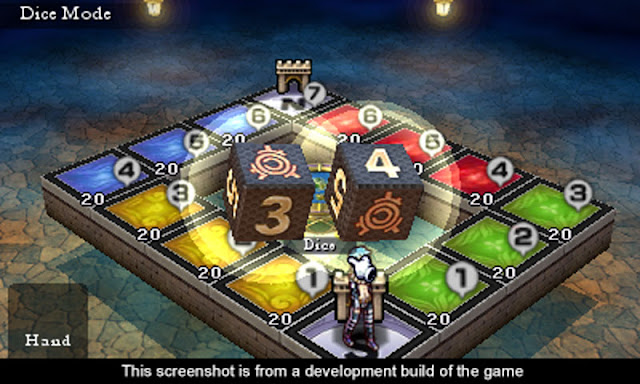 The second part of the game is a Monopoly-style board game, where you need to make laps around a board, buy “spaces” on the board, and then collect cash from other players landing on your spaces. In Monopoly, buying a space involves taking the deed to that space. In Culdcept, you buy a space by placing a monster on the space, and he’ll collect a “toll” from any opponent that lands on him.

In Monopoly you can’t fight back. In Culdcept you can. If you decide you don’t want to pay the toll, you can summon one of your own monsters to fight the enemy. If you win, not only do you avoid the toll, but you replace the enemy’s monster on the space with your own – it becomes yours. Lose and you pay the toll, and lose that monster from your hand of cards.

Otherwise, Culdcept really does play out like Monopoly. The more spaces of the one colour that you have monsters occupying the more valuable the properties, and you can improve the value of land so that the enemies need to pay greater tolls if they land on the space. You get extra cash by passing “Go” spaces, and the first person to reach a certain cash + land value total wins. 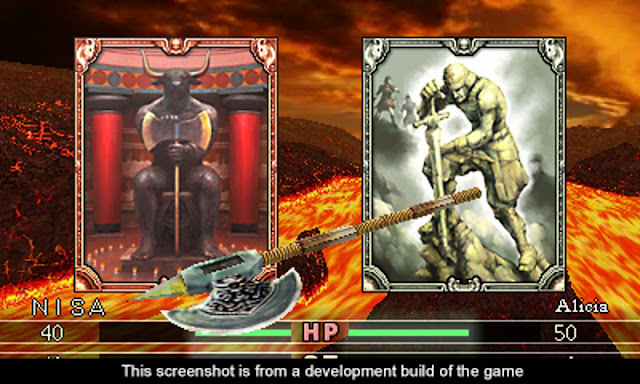 The key strategy in Culdcept is to not only occupy spaces, but be able to capture enemy spaces, and then defend your own. To this end, a good deck needs to have a balance of monsters, as well as equipment and spells. There are a lot of cards to collect, and there’s no one right strategy to deckbuilding. As you acquire more cards there is quite a range of strategies you can approach, and the way the spells and equipment can interact with one another can become quite complex.

This setup is all quite beautiful and complex, and towards the end of any game, when the competition is tight, every decision that you make can feel overwhelming. The screen is filled with creatures and options, and while it’s easy to follow everything that’s going on, you’ll still be pouring through your resources, trying to figure out how to stave off a catastrophe when you approach an opponent’s maximised land, or a particularly difficult creature.

The game has a story mode, which is completely forgettable, and completely pointless, though it does a good job of very slowly easing you into the various layers of complexity running underneath Culdcept. The real meat of the game is, of course, in the multiplayer, where the fairly predictable AI opponents can be replaced by humans and the various devious strategies that only human intelligence can come up with. I wouldn’t count on finding a good match with a random, though. Better to make sure friends have the game as well, so you can play against them, if you can. 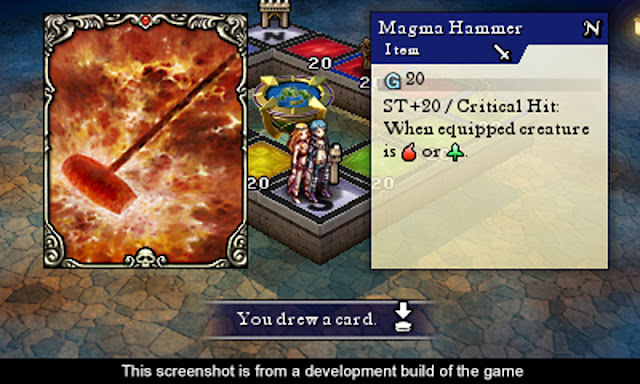 What lets Culdcept down slightly is an issue that I have with just about every board game that uses dice; I hate dice. I mean, I love the look, feel and sound of dice clattering across the board, and as a Dungeons & Dragons fan I have a pile of dice that you could dive into like Scrooge McDuck leaps into money. But when I sit down to play a game, I find dice to be a cumbersome and fundamentally unfair mechanic that has such a great impact on who wins, and who loses. The random nature of dice means that the more a game relies on them, the more the end result relies as much – if not moreso – on luck than player skill.

For a game where movement around the board is absolutely critical, Culdcept is certainly guilty of this issue. It’s not as bad as Monopoly (you may as well just each roll the dice once and highest scorer wins immediately with that game), because on most maps there’s a number of different ways to move around, so you can avoid spectacularly bad consequences for a bad roll most of the time, but luck still plays too much of a role. Furthermore, once you start falling behind other players, it can be almost impossible to catch up, so luck at the front end of the game is disproportionately important.

There have been times where I’ve started off a level spectacularly poorly – generally by rolling very low movement numbers so ending up a “lap” or two behind the other players, and from that point it’s impossible to turn things around. I’ll restart the level, have some incredibly good dice rolls early on, and then cruise through the level from that point. These are extreme examples, and the way the monster mechanics work do allow for far greater skill to play a role than in something like Monopoly, but dice are a sticking point to me, and I would prefer developers work out alternatives for determining movement in games. Off the top of my head, something that would work would be if you could “sacrifice” cards to be given movement points, with more valuable cards being worth more in movement. That would give players much more agency. 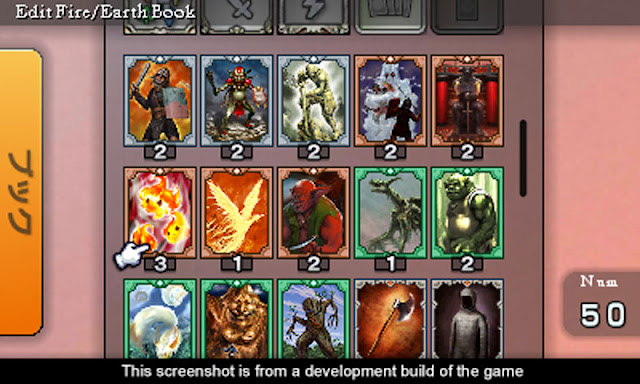 But I digress. Culdcept Revolt is, with or without dice, absolutely brilliant, and the kind of game I can see myself playing for a very long time into the future. It successfully takes a couple of different approaches to traditional board and card games, and fuses them into something that you can spend a lot of time learning to master, and feeling really good about yourself as you do.