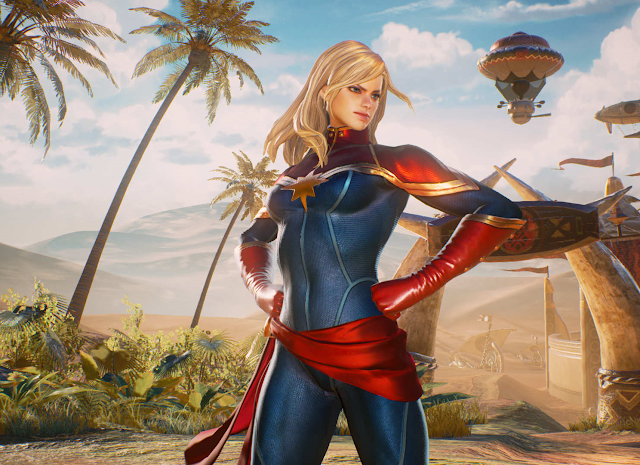 Having played almost every fighting game that Capcom has pushed out over the years, the Marvel vs. Capcom titles have been among my favourites. The series has never had the technical precision of the Street Fighter games, but there is a certain charm that comes with pitting a bunch of fan favourites against one another in a massive ‘What if?’ type of storyline. For the most part, Marvel vs. Capcom: Infinite hits the right notes, but it’s by no means perfect.

The most important aspect of any fighting game is the actual… well… fighting. Here Marvel vs. Capcom: Infinite holds up pretty well. Compared to the crazy fast, bombastic combat I sunk so much time into in Marvel vs. Capcom 2 so long ago, Infinite does feel tame by comparison. This is not necessarily a problem, but there is a slower, more strategic pace to the game that is backed up by a newly introduced system that actually adds a really nice layer of depth.

This system in question revolves around the Infinity Stones – a narrative focal point to the recent slew of popular Marvel movies. They have some quick burst utility or some pretty heavy powered up impact on the game when used properly, such as the ability to revive a fallen team member. I have to say I was a little sceptical when I first heard about these being implemented into the game, but I’ve come around; the feature does add strategy to the proceedings. Unlike some of the previous titles, you are no longer putting together a team of three characters, but rather two and your chosen Infinity Stone. In the past I generally just took the three characters I was best at and tossed them onto a team together. It was all about my reflexes, but now I find myself trying to figure out which stone best compliments my two characters. There is something pretty cool about causing an Infinity Stone to ‘Surge’ and lock my opponent to one half of the screen for a time. 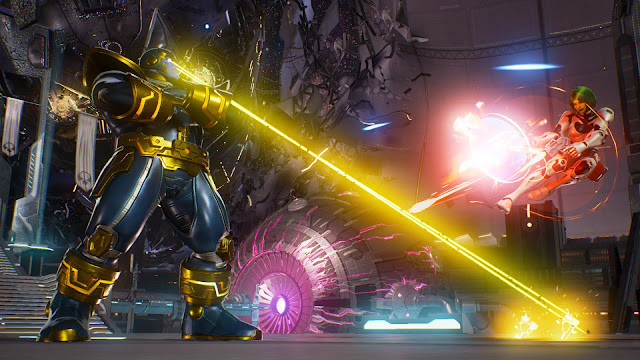 It also helps that the fighters are quite distinctive from one another. I have some quibbles with the roster itself, which I will get into shortly, but at least the characters do play differently from one another. Like many fighting games, the basics are the same from one character to the next, where inputs do the same thing essentially. There is a pronounced difference from a nimble character like Spidey to a massive counter-striking character like Thanos. I still have a tendency to gravitate towards my favourites of course, but it is fun to try and get a feel for a new character and then determine the best mix of partner and stone.

The roster itself however, is a mixed bag, and one of the things that hurts this title the most. I love the Marvel universe, and yet there is a big hole in the selection of characters due to the omission of the X-Men. Not having Wolverine, Storm or Cyclops just seems odd. It did force Capcom to perhaps stretch itself and find some new characters to introduce, but I suspect a lot of people won’t be happy with the roster. Maybe there was some article I missed along the way about Fox butting heads with Marvel and/or Capcom prior to the release (Fox being the license owner over numerous Marvel franchises in films), but when you don’t see any representation from the X-universe, Deadpool or the Fantastic Four in here, feels like the real driving force behind the roster had less to do with building a good roster, and more to do with Marvel not wanting to promote the characters that the Fox movie studios currently holds the rights to.

Also, the roster itself is not nearly as large as some of the prior games. I am sure there will be plenty of DLC characters added to the mix later, and the smaller roster size is part of the price you pay for more distinction between the characters (after all, Marvel vs. Capcom 2 had a massive roster – but a lot of the characters felt very same-ish after a while). Again, things like the aforementioned holes in the roster and the emphasis on Infinity Stones gives this release a sort of pro-Marvel universe buzz that continues in the story itself. The Marvel characters are the real focus here. Popular properties like Iron Man are front and centre, while most of the Capcom characters (which admittedly don’t have the same kind of general cultural popularity that their Marvel counterparts do) are mostly off to the side spectating. 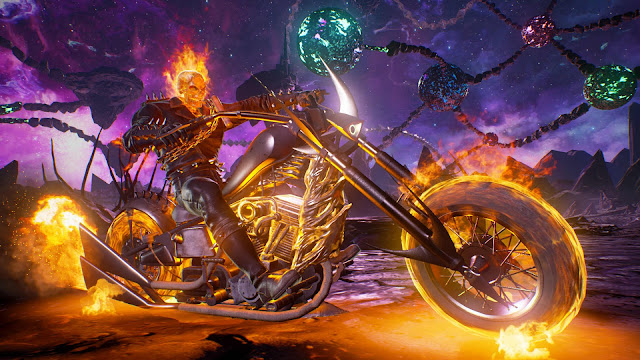 Not that the story itself is going to win any awards as it basically mashes Marvel’s Ultron together with Capcom’s Sigma from the Mega Man series to make Sigma Ultron takes over the two worlds that have somehow collided here. This is more about watching different characters interact with one another that would never have the opportunity to do so under normal circumstances. To that end, it’s entertaining enough, even if it’s a little tough to take seriously most of the time. Given the large cast of characters however, and how the story is tied together, it can actually be pretty clever at times and was one of my favourite aspects of the game when I finished it. There was even a Marvel-esque post credits scene setting up for a sequel, just like the movies (and for better or for worse, reinforcing that notion I’ve referenced above about how the game feels like an extension of the Marvel movie marketing arm, even if it’s not actually tied to the cinematic universe in any way).

The combat is streamlined a bit, with basic combos being relatively easy to pull off. To that end, Infinite actually deserves some kudos, because it is more welcoming to newcomers than previous releases in the series have been. I don’t want to necessarily say that this accessibility is false, because at easier levels of difficulty, newer players can pull of some pretty flashy and satisfying combos due to the way the automatic combos are implemented. Admittedly, they can sometimes feel just a bit unbalanced. That being said, if you really want to get to know your characters well, there are much deeper combat systems available to you that play to the unique strengths of the different characters on the roster. This gives Infinite some serious replay value through player vs. player competitive matches and higher AI difficulty.

Now, while I did say the fighting is the most important part of the game, it is worth calling out that Infinite is a visually disappointing entry in a series that has generally looked pretty good in the past. I haven’t been a huge fan of the chunky character style found in the modern Street Fighter games (though the water colour-like effects are often very cool), and here the character models just do not generally look great. Characters with masks like Spidey certainly look better than those with visible faces. I don’t know what it is about the art style, but I just do not like most of the character faces, which generally rank from ‘meh’ to ‘what is wrong with this picture’ most of the time. Thankfully the bright, colourful comic book aesthetic works with costumes and backgrounds. 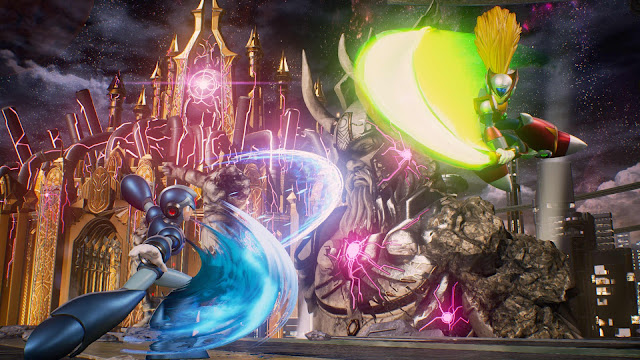 Marvel vs. Capcom: Infinite gets things right where they matter most. Combat is entertaining and the addition of the Infinity Stones is a fresh and welcome addition. I also appreciate the diversity in how characters play and a storyline that does a serviceable job weaving two very disparate universes together. Visually Infinite misses the mark more often than not however, and the roster misses several opportunities in what gave me the impression that Marvel is more interested in promoting their current movies than catering to their overall fan base.