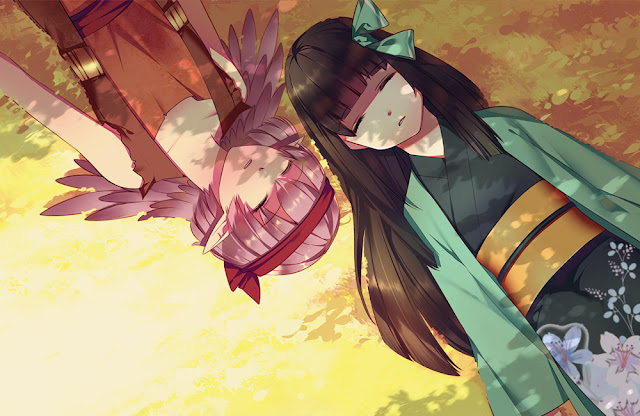 From Romeo and Juliet to West Side Story to Pocahontas, forbidden love amid warring factions is one of those timeless stories. Maybe it’s because the ideas they explore – of love being, somehow, both a transcendental force and an effort in futility – are evergreen, maybe it’s because we all love a tragic romance; more than likely, it’s for both those reasons. Whatever the case, this is a tale that will continue to be told and iterated upon for as long as people are telling stories.

The Last Birdling is InvertMouse’s take on this classic scenario, and it’s a good one. It tells of Bimonia, one of a race of bird-like people on the verge of extinction due to a war with humans. Bimonia lives in the forest with her mother, taught to fear humans and kill any she sees on sight. However, a chance encounter with a young human girl called Tayo forces Bimonia to start to question her mother’s teachings, as Tayo doesn’t seem a vicious killer at all.

For her part, Tayo’s also been taught to hate and fear birdlings. They’re powerful, dangerous creatures that can kill a person with one buffet of their wings and will do so without hesitation, or so human children are taught. But her chance encounter with Bimonia causes her to start questioning things as well. Soon enough, “Bibi” and “Yoyo”, as they call each other, start secretly spending time together and become best friends. Of course, such friendships have more than their fair share of hurdles to overcome, and it’s no different for Bibi and Yoyo – their parents find out and things escalate rather dramatically. 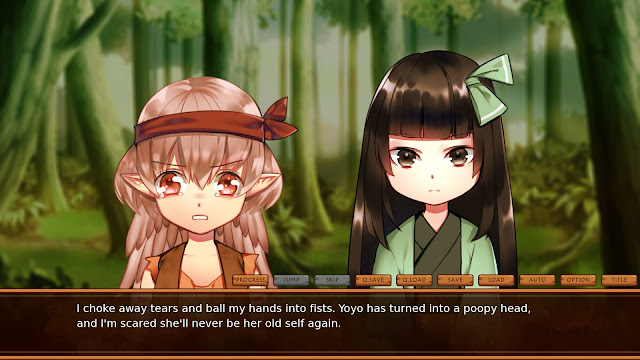 What’s neat about The Last Birdling is that you get to see things from perspectives of both Bibi and Yoyo, with the story told in first-person but alternating between the characters with each new chapter. This offers plenty of insight into the minds of each heroine – Bibi is wild and untamed, but also quite innocent and even cowardly; Yoyo is exceedingly polite and ladylike, but also a skilled and dauntless archer. Both struggle under the weight of parental expectations; Bibi’s mother is overprotective to a fault, and Yoyo is beholden to the impossible standards of perfection that her mother demands. Both are without friends; the only other birdling Bibi knows is her mother, and Yoyo’s regimented life makes her an outcast to the other children in her village. All these things being the case, it makes sense that they would find comfort in each other’s arms.

It is a really sweet friendship that the girls develop, and it’s easy to see just how much they grow to care for one another. For the first half of the game, at least, that’s all The Last Birdling is: an adorable story about a secret friendship for two young girls who are destined to be together. That makes the about-face in the second half of the game all the more jarring. Cute art style notwithstanding, The Last Birdling is a dark game, and the latter portion is given almost entirely to dramatic, shocking developments. I don’t want to give too much away, of course, but I will say that this is a rather tragic game.

Exactly how that tragedy plays out varies depending on which of five endings you get. There aren’t “good” and “bad” endings so much as different degrees and and takes on a bittersweet tragedy, and all are worth a look. Fortunately, The Last Birdling makes this easy by doing something that few visual novels do: it puts its choice-and-consequence mechanics up front for the player to see, making it easy to figure out how to get each ending without the need for complex guides or tedious trial and error. 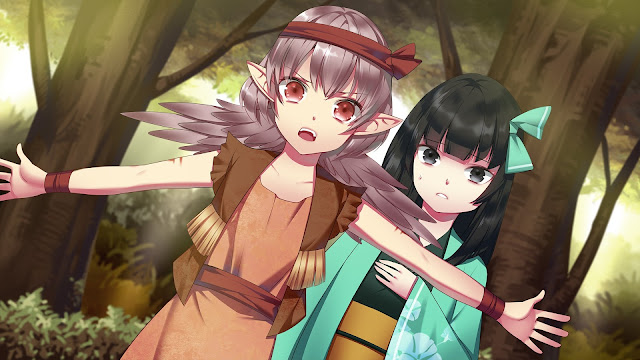 Essentially, the game plays out in a mostly linear fashion right up until the last chapter, at which point one of the five endings is selected based on the choices you’ve made throughout. There’s one binary choice in each chapter, with one option from each pair increasing the relationship value with the other character – so in a Bibi chapter, making the “right” choice will increase Yoyo’s relationship value, while making the “wrong” one does nothing. There are minor variations in dialogue based on these choices, but they don’t have any significant impact until the end of the game.

Where The Last Birdling is novel is in its progress screen, which tells you exactly what the requirements are for each ending. If both Bibi and Yoyo’s relationship figures are greater than 8, you’ll get the “true” ending; if they’re both less than 5, you’ll get another ending; if one is dramatically higher than the other, you’ll get a different ending, and so on. As someone with very little interest in the “game” aspect of a visual novel and almost always playing with the help of a guide so I can get the endings I want without wasting time, I really liked The Last Birdling’s open approach.

I must admit, I did find some parts of the game quite odd to read. It’s told from the perspective of two young children, so the dialogue is very childlike by design, but I also found it rather awkward and robotic. It also gets quite tonally inconsistent; as I said, it’s a very cute game overall, but with an unexpected amount of toilet humour that felt really out of place to me (even as someone who generally loves toilet humour). I did also feel that, especially in the second half of the game, it plays a bit too hard at being shocking. The juxtaposition of cute art and bloody violence is impactful at first, but that hand gets overplayed to diminishing returns, and the violence quickly loses its edge. 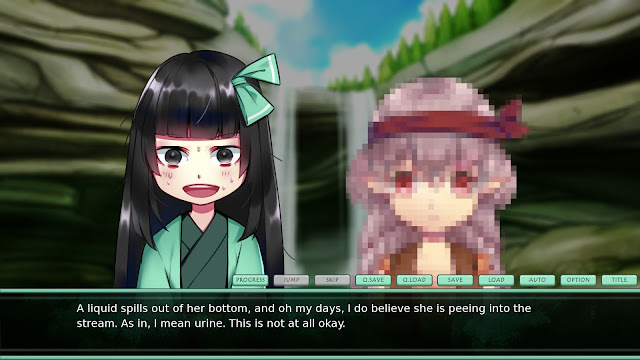 Still, The Last Birdling is a game worth playing, especially if you enjoy a story of tragic love and friendship. It takes a timeless premise and puts just enough of a unique spin on it to make it feel fresh.

– Matt C.
Contributor
Find me on Twitter: @MC_Odd
If you enjoyed reading this, please consider supporting me on Patreon.

The games of September! And is Shenmue 3 really that ugly? (Digitally Uploaded 2017, Episode #31)