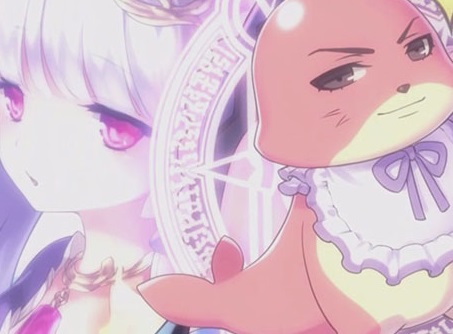 There are some games that are better off played in the privacy of your own home. No one wants to board a bus, find a comfy seat, and realise that the person sitting next to them is playing God of War on the Vita and that Kratos is in the middle of forcibly removing someone’s eyeballs. Considering the fact that people are generally unoffended by extreme violence and somehow terrified by the very idea of a leggy woman in a swimsuit, it goes without saying that my steady diet of Senran Kagura games would likely make me a very poor bus companion as well. Thankfully, Compile Heart have done me a solid by putting the incomparable Moero Chronicle on PC, which now means that my secrets are safe (at least until someone realises how much Nekopara Vol. 2 I’ve played).

Related reading: For another take on the game, read Matt’s import review of the PlayStation Vita version.

Before anyone gets too squeamish, I’ll gladly be the first to assuage your worries – there’s nothing genuinely offensive about Moero Chronicle. There’s definitely nothing incredibly gory or bloody, and if you were wondering whether or not it was just a scantily-dressed visual novel, you may be glad to know that it’s not. Moero Chronicle is a more than serviceable dungeon crawler, with all the bells and whistles that we’ve now come to expect from the geniuses at Compile Heart. It excels at what it sets out to do and makes no excuses for its decidedly ecchi influences, which makes it all the more endearing in its honesty. It’s not a game that many would consider to be treading new ground, but everything works as it should, from the social bonds to the combat.

The story isn’t complicated by any means. You play as a lovable, closet pervert (as a figure of speech; you’re not literally living in an underwear drawer) who has been sent on a quest by your village elder to figure out what’s wrong with the world. By what’s wrong with the world, I mean ‘all the monster girls are attacking us now and we don’t know why’. The catch here is that unlike the power fantasy that is a lot of RPGs where you play as an attractive male protagonist, you’re actually rather useless. Your entire function is to buff your party, and most of the time you’re only able to use your gifts for the benefit of a single party member. And get this – you’re not even using any sort of advanced magical prowess, really. Your job is to be a cheerleader for your formidable party of strong, beautiful women – you’re the ball boy to your main damage dealer’s Serena Williams. Talk about flipping the trope on its head. 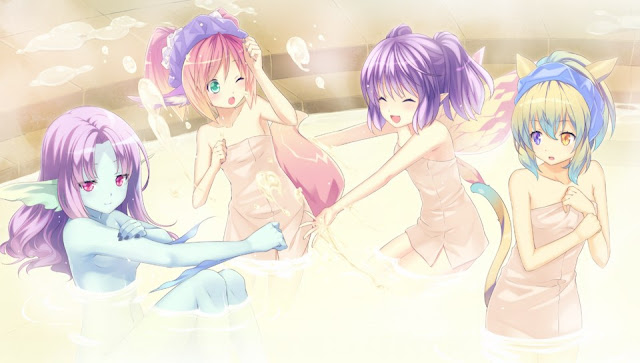 It’s not hard to understand, and introductions of new characters are made efficiently; you get just enough to give you an understanding of their personality, and the rest is up to you to develop via either social bonds or playing through the storyline. It may seem rather formulaic in its approach, but the narrative functions neatly as a vehicle to get you from Point A (the cute girls) to Point B (bonding with them through a ton of activities) and to be honest, it doesn’t need to be enthralling to do that successfully. If the story itself isn’t delivering much primetime entertainment, you have the social bond aspect to look forward to – giving your party members some TLC and gifts will make them open up to you and help to flesh out their characters in ways that assist your understanding of the game’s universe. And if that hasn’t sold you on it yet, there’s a panty-hunting seal that wants to make your acquaintance. No one said that Compile Heart lacked for a wicked sense of the surreal.

As we get into the meat of things, It’s important to understand that Moero Chronicle is, firmly, a fine example of Compile Heart’s stable of games. There are a couple of things that pop up in every Compile Heart title without fail, and this game showcases the best of them: leggy girls, and mechanics devoted to appreciating them. This isn’t to say that Moero Chronicle is a carbon copy of Monster Monpiece. Yes, there are definitely monster girls involved, and the games are from the same IP within Compile Heart, but the two are literally genres apart. For one, instead of dueling other people with cards, you get to throw yourself headfirst into a rather solid dungeon crawling game. Reminiscent of the Dungeon Travelers, a Japanese classic of a similar style that didn’t quite get the critical reception in the West that it deserved, the primary focus of Moero Chronicle is trawling through floors of dungeons in the pursuit of the boss that you have to slay to end your suffering. The dungeon exploration is deft, and controls were responsive when it came to navigation whether I was using the keyboard and mouse setup that I impose on myself when reviewing PC ports or a wireless controller. Interacting with various environmental elements also prompts a verbal response from your party, which weirdly never gets old – try walking into a wall a couple of times and you’ll see what I mean.

Reminiscent of older games in the genre, saving is something that you only get to do when you find the relevant save spot on your particular dungeon floor. Not every floor has a safe spot, which means that unless you’re well-stocked on HP recovery items and the like, you may run into a bit of a pinch after adventuring for some time. Each floor has various spawns, and these range from rare items (panties, if you’re lucky) to rough terrain that causes you to take damage when you step into it. There are also a number of sub-bosses that you can recruit to join your clause if they’re defeated in a particular way, and a healthy variety of monsters that increases with each level that you discover. I’m not usually one to gripe about save points being sparse in games because I’m not quite of the autosave era, but Moero Chronicle may have benefited from allowing us to save upon entering each dungeon floor instead of only at designated locations that were few and far between, comparatively. Admittedly, this observation is because the game crashed multiple times while I was plowing through its various levels and just as luck would have it, it was right after I hadn’t seen a safe point in yonks. That administrative complaint aside, exploration was predictably and excellently executed on all other fronts, which set some decently high standards for the combat. 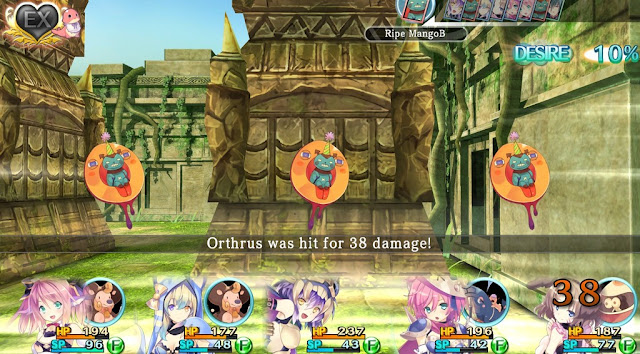 Luckily for me, Moero Chronicle didn’t disappoint on that frontier either. At a basic level, it’s all about appreciating how attractive your party members are and then letting them know. Vocally and physically. As mentioned before, you act as the buff machine for the girls on your team who are doing the real work, and that real work involves hitting things as hard and as fast as possible, whether that’s with spells or with their weapons. Once you encounter a roving pack of monsters, everyone acts according to their Speed stat – the fastest friend or foe will start things off, and then you work down the list in descending order. From then on, regular combat oscillates between two phases – one where you can store up your desire for your party mates and release it to buff them, and another where said buffed party mates protect you by kicking monster butt.

Related reading: For our review of this game’s predecessor on PC, check out Matt’s review.

Things are a little more complicated when it comes to bosses, but that’s because their health bars aren’t the easiest way to get to them; it’s their clothing. Those familiar with Monster Monpiece will be able to see where this is going but without giving away too much, I’ll throw in a succinct description: use your girls to skilfully dispatch the pesky clothing that your boss is wearing and you will be rewarded. Of course, it’s not winning if there isn’t some sort of ritual to it all, and that’s delivered in the familiar form of a loving rub or five. Your girls may have brawn and brains, but you’re the one with the charisma and they rely on you to turn enemies into lifelong friends. Again, it’s not a new concept by any means, but it sure is effective from the get-go, and provides some a nice break from the repetitive nature of dungeon crawling.

Moero Chronicle is a game that knows exactly what it wants to be, and it shows remarkable commitment in wholeheartedly sticking to the Compile Heart brand without sacrificing the quality of its delivery. Yes, there will be the inevitably upset few who believe that looking at a woman in her underwear is a sign of some deep-seated perversion, and they’ll loudly decry the game as being worthless. However, that sort of analysis does nothing more than attempt to scratch the surface of what is a great dungeon crawler with intuitive party mechanics and a nice twist on stock standard resource management. Moero Chronicle is subversive in a way that many might not expect, but spend enough time with it and you’ll notice that it while it makes its ecchi heart no secret, it does a great job of bashing through your other expectations of what a game that looks like this should be. Don’t make the mistake of writing this one off because of what it looks like; there’s a lot more than legs to be enjoyed here, and it’s worth a second look.