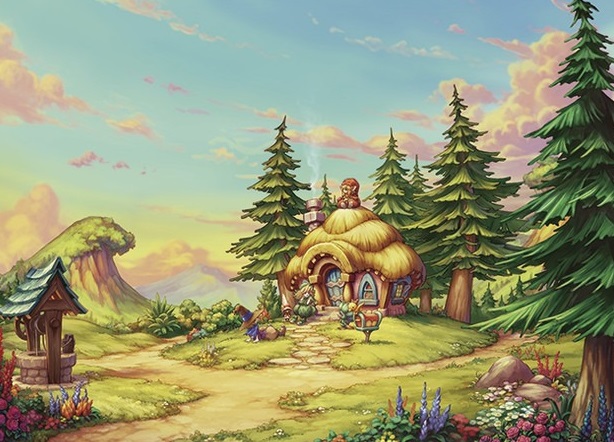 I really wanted to love Egglia. So much of the game is actually quite admirable. It’s gorgeous and charming. But, despite being a premium-priced game, its stubborn adherence to mobile game conventions really lets it down. The whole point of pricing a mobile game as a premium title is to remove the inconveniences that we’re all willing to put up with in a free-to-play game (assuming the game is otherwise good, of course).

But Egglia has it all. There are countdowns, preventing you from using a character too many times in a single setting before having to put the iPad down or go and play something else. With a free-to-play game they’re there to encourage you to purchase (using real money) items to reset the counters more quickly. In Egglia they’re there because it’s arbitrary and the developers seem to have assumed that we like that kind of “feature”. Then there are daily log in “bonuses” to encourage you to make playing the game habitual. Those bonuses take the form of dozens of different resources that you need to collect and grind away at in order to summon “spirits” that will then help you out in battle, level them up, evolve them and so on. This is also a common mobile trick; keep people playing by locking stuff behind random number generators so, if they’re not lucky and don’t get the “resources” they need, they’ll be encouraged to keep playing until they do.

Then there’s the endless focus on “content” – playing and replaying levels over and over again, hitting difficulty spikes that force you to grind away to level up (and, again, collect resources), and then playing “bonus” levels to get yet more of these resources. There’s a narrative working underneath all this – and more on that in a moment – but free-to-play games are so focused on keeping people playing that all they care about is throwing more and more content at players, without necessarily caring what the context for it all is. Egglia falls into this same trap, and it doesn’t need to. Free-to-play games earn their money by having people playing them as much as possible. Egglia already has its player’s money. The balance between content and context could have – and should have – swung heavily in favour of context. 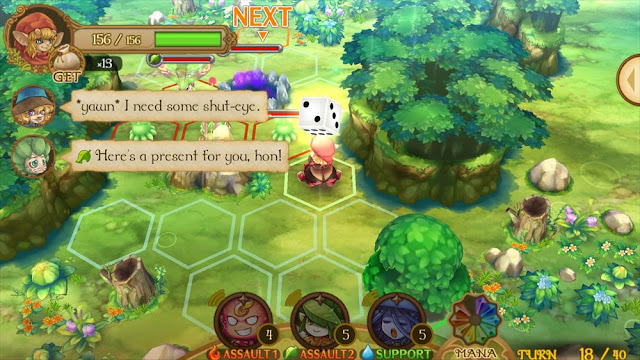 I found this all especially aggravating with Egglia because the idea behind it is absolutely delightful. Egglia takes place in a world of classical European fairy tales – of fairies and goblins, Grimm-style gnomes and other magical woodland folk. You play as a Redcap – a particularly dangerous form of goblin that is made friendly when he wakes up one day to find he has no horns any longer. Befriending other fairy-folk who he would otherwise murder, our Redcap becomes the muscle in a bid to build a village in the middle of a forest and then find other “people” to come and live in it.

This is structured as a series of “worlds,” in which our Redcap friend will run into a forest denizen, chase him/her for a while (completing levels on the way), before finally cornering the denizen, helping them with their problem, and thus earning their friendship. It’s sweet and charming, and the story segments are often quite humorous, and the art from a development team comprised of former Brownie Brown members (Sword of Mana, Mother 3, Blue Dragon Plus) is just delightful in is whimsy and vibrancy.

But here too the mobile platform lets it all down. Mobile games need to be broken up into small, bite-sized chunks in order to be quick and easy to digest. This comes at the expense of in-depth storytelling and characterisation, and with Egglia I never really fell in love with any of the characters. I got a quick snapshot of the archetype character that they’re meant to be, and then, a few minutes later, they had joined my village and from that point on they’d only contribute short discussions here and there. Even the main characters rarely get a chance to indulge in anything that isn’t driving the plot directly forwards so, for all its beauty and charming sense of humour, Egglia ends up feeling like a beautiful world bereft of lore or meaning. 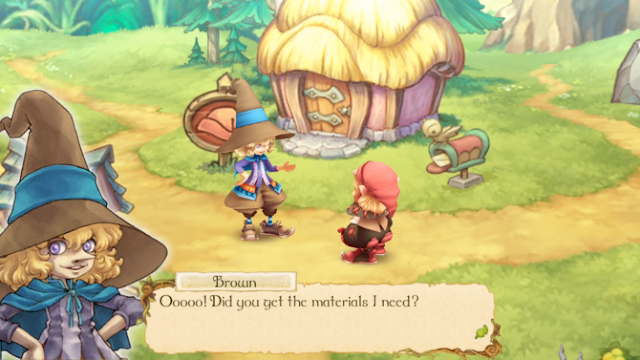 The gameplay itself is solid. Each level plays out on small map, broken up like a board game. Your Redcap then rolls a dice and moves around the board, fighting enemies, destroying magical pools of energy that regularly spit out new enemies, and collecting resources by chopping down trees and the like. The goal is to get to the other side of the board, while collecting as much stuff as possible along the way, and do so within a certain number of turns.

There are a number of factors that can help your Redcap hero out. Firstly, he can take a couple of different spirits into battle, which give him magical spells with powerful effects. Collecting the resources to summon new and more powerful spirits is more critical to progress in Egglia than levelling the Redcap up. Additionally, you can take a couple of different allies into battle, too. They won’t be on the board itself, but they’ll provide ol’ Red with passive bonuses. These characters level up independently and can be built up to provide huge bonuses.

Some enemies move around the place after you’ve had your turn, while others remain stationary. Treasure chests, and other RPG tropes are also abound, but for the most part this is a simple, clean strategy game. It’s delightful and pleasant, however simple it is, thanks to vivid enemy designs, clever board layouts, and its structured in quick bites; each map is over in a matter of minutes, and where the mobile game structures don’t work for the storytelling, they do make for a compelling gameplay loop. 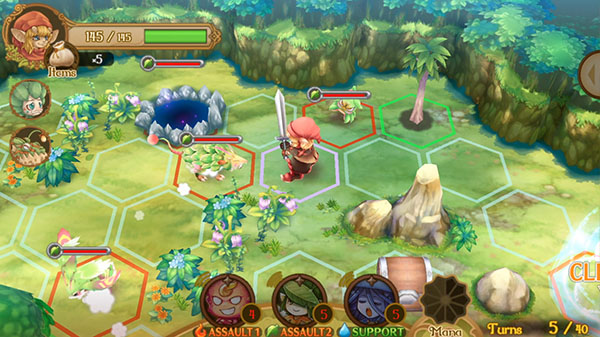 My disappointment with Egglia is its capitulation to free-to-play mobile game conventions, that simply weren’t necessary. Priced at the relatively premium price that it’s set at, I expected Egglia to be something bolder; something willing to do away with the timers and endless grind. I expected something to take advantage of the gorgeous art style to tell a compelling story. I expected a game that was closer to what I might expect to play on my PlayStation 4 than something I download to my iPad, noodle around with for a while, but ultimately forget. Sadly, Egglia is not that game.