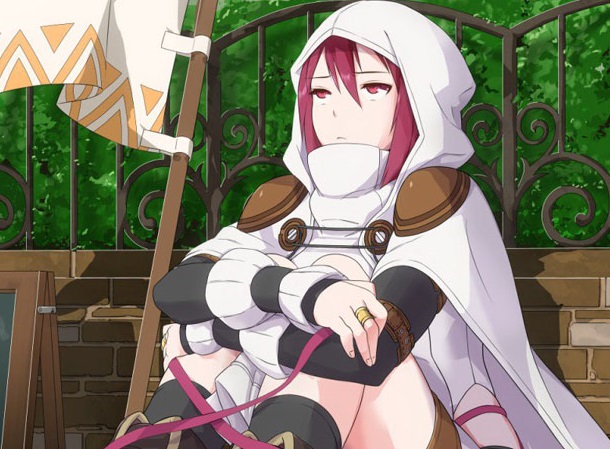 There are plenty of games that hark back to a simpler time, when RPGs were heavily text-based affairs and had reasonably light-hearted narratives to carry them along. In a way, Lionheart is one of those games that resides within the shell of a visual novel, and that association is due in part to the fact that it’s a product of the famous KiriKiri engine. Some might remember it for bringing us Fate/Stay Night, others of that mature audience may have played Nekopara (which uses a modded version of KiriKiwi). The UI in most well-known visual novels is as good as standardised, and with Lionheart, it’s really a case of what you see being exactly what you get – a little bit of everything that tries to be a whole lot more.

The story behind Lionheart isn’t particularly novel. In fact, it’s got a liberal sprinkling of well-known JRPG tropes and characters, and it makes sure to tick all the relevant personality boxes with aplomb. You’re in charge of Leon Lionheart (yes, that’s not an alias) and his ragtag bunch of mates. Simply put, their aim in life appears to be to cause as much trouble as possible whilst realising Leon’s hidden potential and helping him to live up to the famous deeds of his now-dead father. In case all of this is sounding familiar to you, Leon’s also clumsy, spoiled and his combat skills are painfully average. To act as a motivating force and to provide some eye candy, you’re introduced to the witty and powerful sorcerer, Mariabell – if you thought that Tear gave Luke a hard time in Tales of Symphonia, then you better prepare yourself for the verbal beating that Mariabell dishes out in this game.

There’s also the matter of your bumbling advisor, a busty healer who can’t fight, and the requisite animal-human hybrid that a lot of titles have spawned. Sure, everything’s all very expected but it’s undeniable that there’s an interesting quality about it all, whether it’s in the beautiful art or the earnestness in which the main cast makes a clumsy living as adventurers. 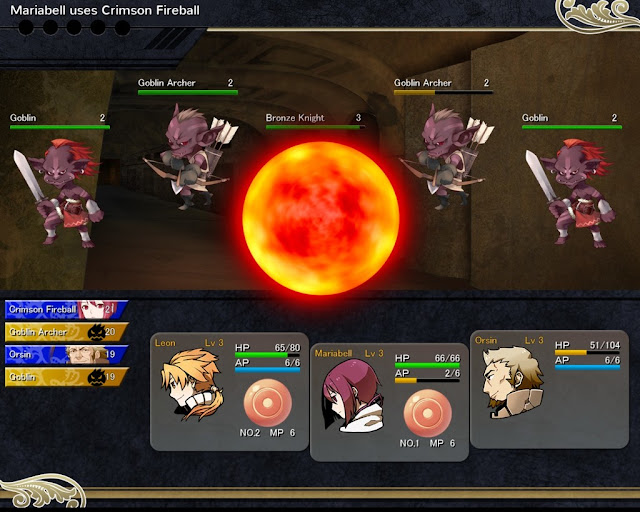 Once we get past the charming top layer of what Lionheart has to offer, there’s a lot to unpack in terms of a rather dense story that seems to move too slowly to be enjoyed. The title’s being touted as having 50 to 100 hours of playtime, and after getting through a chunk of that, that estimate is more accurate than you’d think. Things start off pretty slow in terms of the game holding your hand throughout the tutorial zone, but that’s usually par for the course where setting up the story is incredibly crucial. However, it feels less like Lionheart was putting all the pieces of the puzzle in motion and more like it was suffering from some pacing issues.

Like a lot of older JRPGs, grinding really is the name of the game, and there’s a lot of opportunities for you to get extra mileage out of the levels. As with my observation about the pacing, having to grind was expected but too much of a good thing can spoil a dish. In this case, it wasn’t grinding dungeons to progress in the story that was a problem – you had to grind not only for levels but also to be able to make some bread. Even the most patient of souls would likely have trouble staying committed enough to the story’s sparse initial delivery to sit through a good 20 hours of killing wild boars for food, and it’s really a shame because the combat itself is enjoyable enough if you consider it all in isolation.

It’s important to know what Lionheart’s combat system is actually like if a sweeping claim like that is going to be made, and you might be relieved to know that it’s easy to explain. There’s no great diversion from tried and true methods, in the sense that once you enter a dungeon you know immediately how events are going to play out between the start of your journey and the boss fight at the end. You have rest periods, combat encounters, and item discoveries clearly marked out at set intervals on a scale, and you can choose to move through the dungeon either rapidly or slowly; rushing through generally means more fights and less hidden items to find, whereas taking your time will net the opposite result. It’s a mechanic that we’ve seen before, but it’s executed efficiently within the confines of the KiriKiri engine and feels intuitive to experience. However, it would have been nice to have the various speeds of dungeon-traversing deliver markedly different outcomes; doing things cautiously netted the best outcome most of the time and there wasn’t much incentive to go quickly since you’d get rather bogged down by fighting mobs. 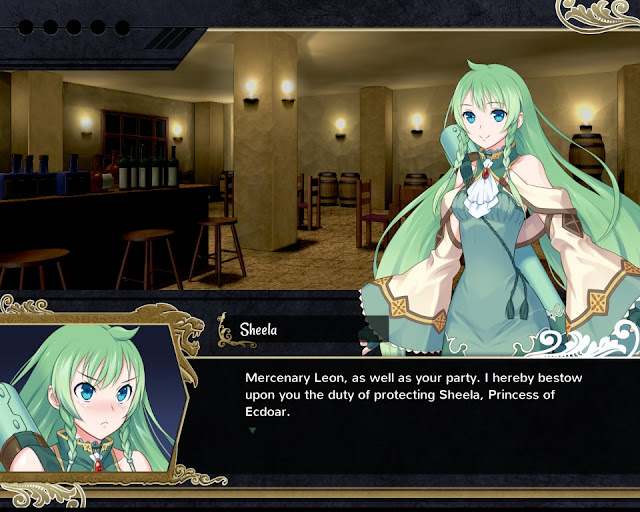 In terms of dealing with those mobs, that’s quite straightforward too. You’ve got a number of options in terms of the difficulty of the monsters that throw themselves at you, but generally proceedings play out the in the same order despite how tough the foes are. When you engage in combat, both your party members (three can be out in battle at a time) and the enemies get sorted into a priority table which determines which order they act in. It’s a little bit like Dungeons & Dragons in that sense, and you have the option of using powerful spells that put you lower on the priority table but are often worth it in terms of the high damage that they do. Lionheart has a mechanic where you can heal your party members in terms of their AP and their HP by swapping them out for another person for a couple of turns, and each of your friends has defined strengths and weaknesses that make knowing when to use them a matter of being sensible.

Playing on normal difficulty has led to some close calls over the course of the game, but nothing that a bit of forward-thinking and perseverance couldn’t tackle. The combat had a satisfying difficulty curve that scaled well with your level, but it was always an incredibly time-consuming affair considering its role in dungeon exploration. Attack animations couldn’t be skipped, and some characters had rather ponderous basic attacks that made everything take just that little bit longer. I enjoyed the various visual effects that came with higher-tier spells, but over time they too became difficult to sit through. Lionheart would have benefited from the option that Pokemon gives you regarding turning off battle animations, if only to ensure that completing the mandatory dungeons didn’t make you feel like you were trapped in a time loop.

Lionheart is a game that’s aptly named, if only for the fact that it genuinely tries to do a number of things well and with gusto. It delivers a palatable story with reliable combat and predictable but comedic character development, so in a way, it really ticks the boxes of what a decent (but dated) JRPG should be. However, a host of quality of life improvements would have been a good way to ensure that players don’t get too bogged down in the execution of the mundane. I wish I’d gotten to play through more of the story because it seemed to be headed in a great direction, there seemed to be so much to slog through that it rather dampened the proceedings. There’s a lot of potential here, and Fruitbat Factory has done a superb job of bringing this game to us in the West. I can only hope that others will be able to look past some of the flaws and enjoy it.