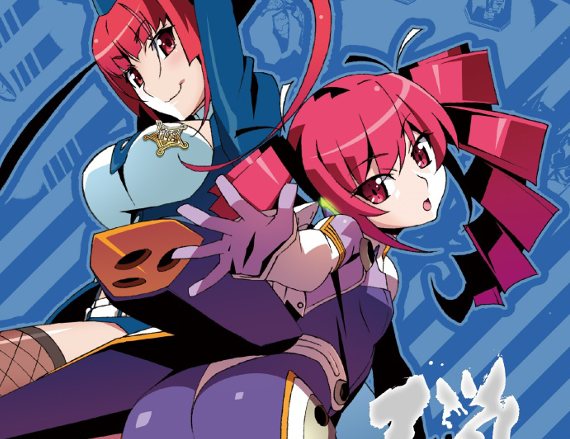 Just four months after the release of Bullet Soul on Steam comes Bullet Soul Infinite Burst. While there was originally a gap of several years where the Xbox 360 version was concerned, electing to release an enhanced game in a subgenre as niche as the bullet hell shooter so soon is bold indeed.

So yes, this release is more of a humble Bullet Soul 1.5 than a full-fledged successor. As such, most of what I wrote about the game in my original review is applicable to this release. The game is still the same terrific representative of the glory that bullet hells can offer, ushering in new players by using mechanics that lend themselves to newcomers, yet avoid being condescending towards veterans. Despite the general similarity, Infinite Burst does bring a few additions of note, both silent and deafening.

For the sake of clarity, it’s worth mentioning what Infinite Burst doesn’t bring to the table. In terms of new maps and characters, there’s not much to speak of…which is a polite way of saying there’s nothing. The fact that the DLC character, Loop, was already included in the original Bullet Soul was pleasant, but it now subtracts the immediate lustre from this release. The good news is that Loop can now be freely used throughout all modes, however. Similarly, there are still no difficulty options here to specifically cater to more advanced players, which was a rather obvious omission in the last game. Characters are still somewhat unbalanced and they continue to serve as the unintentional medium through which players alter their challenge.
Related reading: Clark’s review of the original Bullet Soul 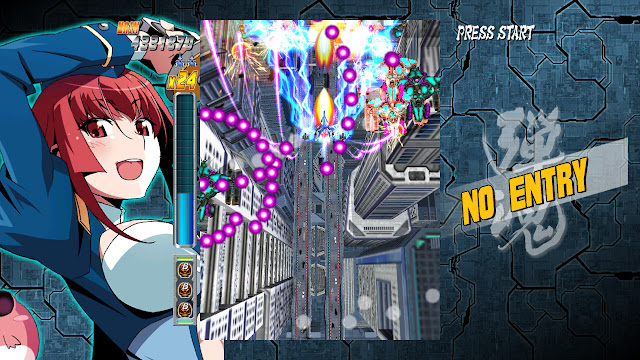 The above might sound like a death sentence to some, but that’s far from the case as Infinite Burst does indeed work to fine-tune the existing structure. New enemies are introduced and the attack and movement patterns of old are adjusted to be more sophisticated here. It’ll be slightly tougher for new players, yet in a manner that is more legible and telegraphed if that makes any sense. The game’s scoring system is altered to incorporate coins and reward daring manoeuvres even more so. Small as these changes sound compared to marketable bullet points to place on the back of a box, they make the base game that much more enjoyable than the original.
The bonafide main event here is the titular Burst Mode, which fundamentally alters the way players approach all situations. Rather than have players prioritise survival and passively react to the circumstances before them, Burst Mode has them taking initiative and thinking on their feet to rack up a score rather than hit a predetermined end goal. The idea is accumulate chains by carefully planning out the use of chargeable super attacks to lengthen combos. When I say combo, think something more in line with a Warriors game than Street Fighter.
Furthermore, this mode ditches the lives system present in the main game and replaces them a shield system in which you get three hits. Rip through sheets of foes and you’ll be rewarded with collectible coins, which you’ll dance about the field to collect and then perpetuate the cycle. It sounds simple enough, but immediately you’ll find there are thrilling moments in which the player has to instantaneously decide whether they’re going to bust out their super move to save their life, continue the chain, or pluck precariously placed coins from a minefield to preserve their ammunition for down the road. 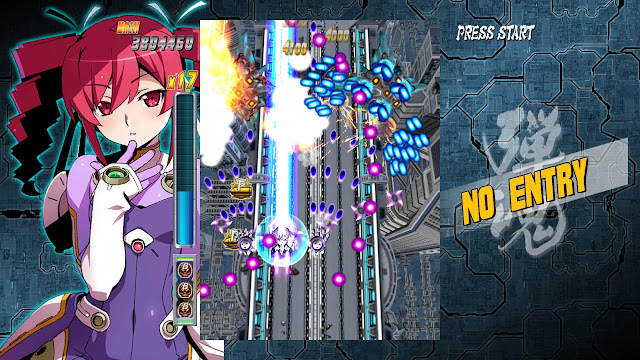 Many shoot ‘em ups are designed to give players bombs as a last resort to preserve their life, but Burst Mode introduces a more dextrous risk versus reward factor to enrich that storied concept. In most traditional shooters, you never want to resort to a bomb, but you’ll do so if you’re overwhelmed because it’s a free safety net. In Infinite Burst’s main mode, you strive to build your up your burst gauge, but also make the most pragmatic use of it. Letting it sit pretty is wasteful when constantly increasing the gauge, yet going nuts prematurely might cause you to lose a chain. You can choose to absorb a hit head-on and bank on grabbing an extra shield gauge, but perhaps one won’t appear to save you again or you’ll be too busy snatching coins to see it in time. You’ve got to pace yourself and make bold decisions on the fly. It takes a classic concept all shoot ‘em up fans are familiar but adds a complementary layer of depth to it. The original Bullet Soul game did this in some capacity, so in this respect you could say Infinite Burst is the full realisation of a previous novel idea.
One aspect I didn’t touch on in my previous review was the inklings of personality given to each character through their speech mid-flight. We’re not talking Star Fox-level rambling of course, just the occasional mumble in response to grabbing an item or exploding (which probably warrants a slight reaction). Having said that, this enhanced edition of Bullet Soul outdoes the respectable original by including even more wonderful one-liners. Though some utterances will go over the heads of English players due to the language barrier, phrases like “you suck desu” are plain as day and hilarious as anything when spouted by the feisty Loop in response to the player losing a life.
Some might find such phrases irritating if they’re on the losing end of a battle, but I adore how they slightly enrich the world without the need for explicit background stories. Because the characters cannot express themselves through animations (what with them piloting ships and all), this is an unobtrusive design choice that allows players to understand a little of who these people are without sacrificing the intense, unrelentingly gameplay-driven nature most bullet hell games place and the forefront. People probably won’t think twice about this, but consider the number of 2D shooters you’ve played where the player-operated unit makes a generic explosion sound or the pilot simply screams. 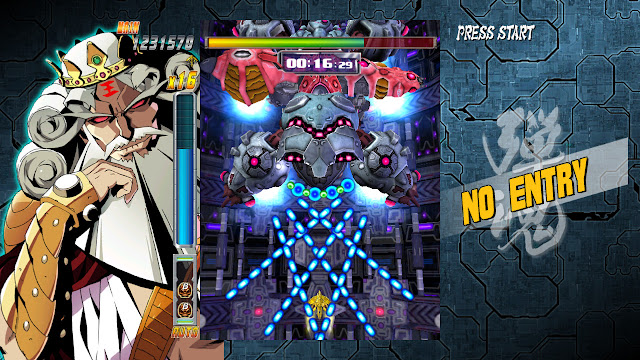 Another aspect of Bullet Soul that stood tall was its music, which set my heart ablaze mere seconds upon booting up the game. Seriously, I stared into space with my head pointed at the menu screen. Roaring, fervent guitar tunes with emotional weight is what I seek from my bullet hells as I believe that helps the player in tune with the action before them. It’s impressive, then, that Infinite Burst is able to improve on them. Known for his work on Shovel Knight and Shantae, Jake Kaufman has lovingly remixed some of the original game’s tracks, breathing new life into familiar tunes. King of catchy hooks and nostalgic melodies, Kaufman’s strengths are tailor made for the shooting shenanigans of Bullet Soul.
Related reading: Matt C.’s review of Castle of Shikigami, another bullet hell that recently got the Steam re-release treatment
It’s true that Bullet Soul Infinite Burst doesn’t offer the obvious new stages, characters, or difficulty options that would have guaranteed a double dip for fans of the original. Despite this, Infinite Burst warrants existing because of a single new mode that is so endlessly captivating. If nothing else, Bullet Soul is a game worth owning for fans of 2D shooters and this is the definitive way to do so.