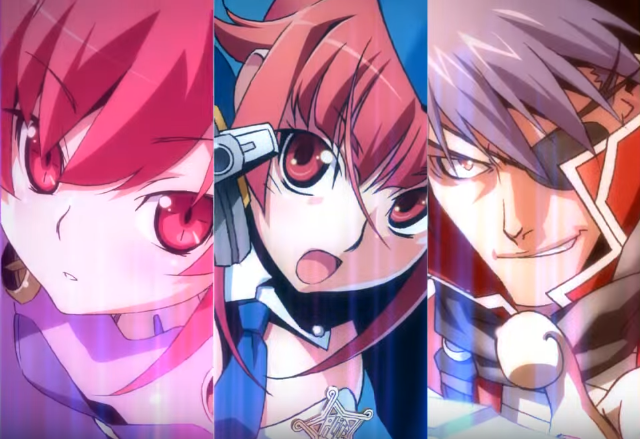 Because bullet hell shooters are designed with a very specific demographic in mind, a game like Bullet Soul is able to articulate its appeal to that crowd in under thirty seconds. The title screen’s roaring 90s rock sent shockwaves of nostalgia through my body. The requisite cutesy anime gals, eye patch-wearing tough guys, and a sly new mechanic did the rest of the talking as I was thrown to the wolves…er, giant mechs. You know you’re in for a good time with Bullet Soul.
Yet while this one leans on the endearing tropes of its subgenre, its greatest achievement isn’t actually appeasing the seasoned veterans of Touhou, eXceed, and Deathsmiles. Instead, it boils bullet hell fundamentals down into a serum that is more appetising for newcomers. Niche as it is, it’s still that special kind of game potentially capable of broadening its genre’s user base and doing so without being patronising.
Bullet Soul is rendered quite accessible by featuring a mechanic uncharacteristic of most bullet hell outings. Typically when you nail a target in any other game, their existing ammunition lingers despite their absence. That makes sense, what with physics being a thing. Here, though, the shells of felled foes are immediately greyed out and rendered powerless mid-flight. Strategy is born as a by-product; prioritise the right threats and you can convert a chaotic minefield into a serene valley in two seconds flat. 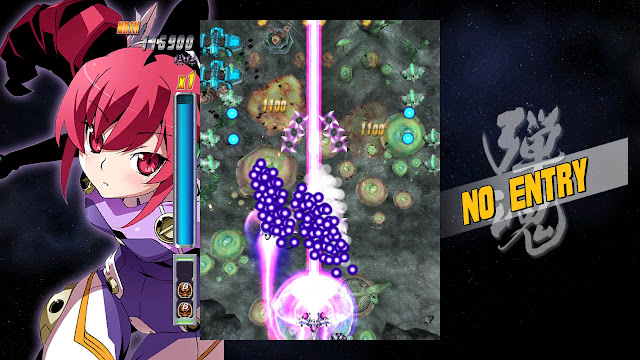 These grey bullet “souls” can then be converted into points and multipliers to rack up obscene scores. The idea is that there’s a risk versus reward dynamic since your spaceship must weave around coloured bullets to make contact with the nullified fire, but casual players don’t need to tap into that. Because many players don’t pursue scores and leaderboards like they used to and the game offers gratuitous continues, newcomers will probably forgo the collection of enemy fire on their first few playthroughs. Compare this soul mechanic to Kyuiin, wherein the protagonist’s flying vacuum cleaner can suck up enemies to charge a super beam at the opportunity cost of being able to shoot freely. That game’s approach to risk versus reward fundamentally expanded the player’s arsenal.
I make this comparison not to diminish the complexity of Bullet Soul but to highlight the difference in pragmatism. You don’t explicitly need to collect souls, but the game’s intensity, challenge, and reward ramps up when you’re actively score hunting. The copious additional modes here do a better job of indulging the soul mechanics and demanding precision than the immediate arcade run that most players will first gravitate towards. They serve as a subtle hook for casual players to propel their skills to the next level.
The impact of Bullet Soul’s mechanics are wider reaching in their influence than they initially appear, too. Provided you take advantage, this is one of the few games where you don’t have to allocate 75 per cent of your concentration to the player’s immediate surroundings. You get brief moments to sniff the roses and appreciate the exquisite background and mecha designs as you explore far more of the screen’s estate than expected. 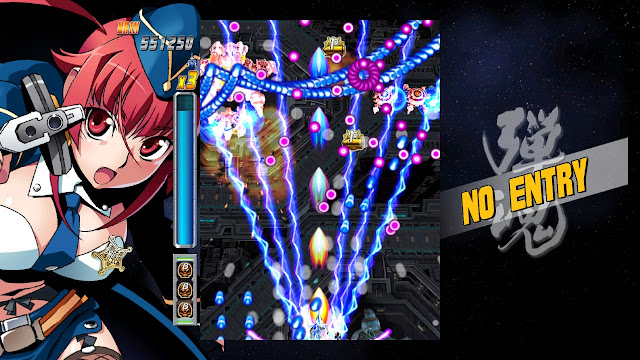 Those who have never taken the pilot seat will probably glance at these screenshots and see an impossible test of patience, but I assure you Bullet Soul is actually quite generous. Hit boxes are fair and your super attack functions as a nice Get Out of Jail Free card (provided you’re willing to sacrifice points, similar to avoiding souls). If anime aesthetics resonate with you, you’ll get a massive kick out of the character art and overall design all the while. It’s even got a killer soundtrack worth going out of your way to purchase.
To me, one of the draws of the bullet hell genre is that it transcends “difficulty” as a mere function. These games are akin to David versus Goliath simulators that task players with overcoming forces so oppressive you can see their might manifest in a number of ways. From colossal enemy designs to firework-esque spurts of bullets with nightmare-inducing patterns, just holding the controller without sweating can be daunting. Flipping a situation of despair into a triumph is magical; it’s almost as if something beyond the player’s own minds and reflexes is protecting them.
Though ultra-challenging games exist in just about every genre under the sun, few video games depict sheer impending carnage as well as bullet hell shooters do. You might be surrounded by tough units in a strategy game or have to make a series of death-defying leaps in a platformer, but what’s more daunting than a screen teeming with hundreds of projectiles that are each individually capable of defeating your playable character? Thus, a bullet hell that hasn’t even hit its stride can look and feel more grandiose than it is. Label it a monotonous adrenaline rush if you want, but watching the hundreds of variations on an age-old concept unfold before my eyes never gets old. It’s simple stuff that is brought to life in a visceral fashion that only the video game medium could achieve. 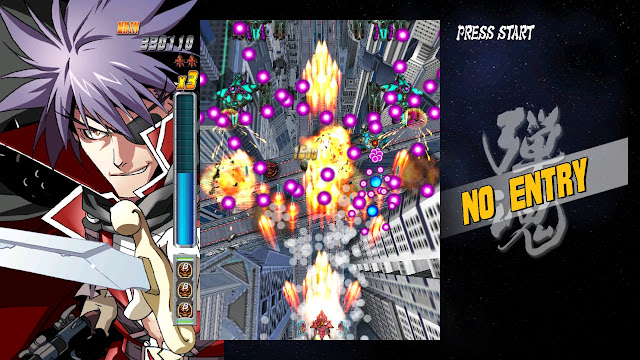 This is where my only real personal criticism of Bullet Soul lies. The game definitely succeeds at whipping out the heavy artillery and putting on a show of flashing lights, but it doesn’t maintain a sense of tyranny from start to finish as consistently as some of its contemporaries. I often felt too in control and confident in my character’s prowess. To its credit, however, it doesn’t actually compromise its vision for the sake of appealing to a broader base; the soul mechanic is meaningfully leveraged to support a number of worthwhile tweaks to a standard formula.
There’s quite the silver lining here as well. By the last couple stages, the game better embraces the insanity that defines the genre. The patterns of enemy fire go from being intimidation tactics to forcing the player to actually tap dance about in desperation. It achieves a perfect transition from fancy-looking shoot ’em up to a full-fledged bullet hell. Extra difficulty options would have gone a long way, but Bullet Soul still volumes to offer those with hardened reflexes in the forms of medal-based challenges and various modes.
Besides what I’ve already mentioned, one of the keys here is character selection. Loop is a weapon of mass destruction so potent she feels like you’re piloting one of the endgame bosses whilst Zenichi has much less firepower to work with. If you settle for the weakest, though, you bear witness to the full array of boss tactics and feel much more of a struggle. It’s worth noting that the leaderboard breaks down which character you used, so there’s ample reason to try them all. 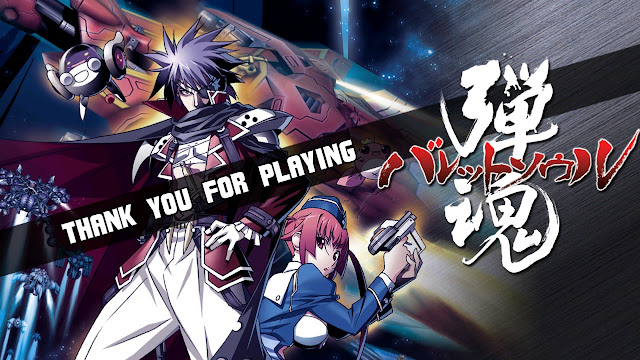 Bullet Soul is a refreshingly unique and infinitely replayable romp, gloriously representing arcade-style bullet hell action for the modern age. By not aspiring to be the most technically demanding game of its kin, it’s able to convey the appeal of its subgenre even better than some of the all-time classics.