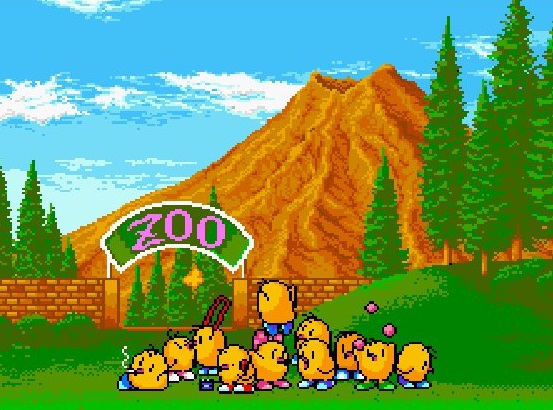 Since getting my arcade machine cocktail cabinet, I’ve been spending a lot of time playing old games from yesteryear, be that arcade games, or old classics on NES, Mega Drive, and so on. In doing so I’ve been reminded of so many really wonderful games and franchises that are basically gone now; either the publisher/ developer/ IP holder is no longer with us, or they’re too busy making new games to explore that forgotten back catalogue.

And so this week I’m listing ten really retro franchises that haven’t been around for quite some time, that I would just love for someone to revisit in a meaningful fashion. I’m talking HD remake, a new entry, or something similar.

Cannon Fodder was a powerfully addictive game back in the day. It was a gently subversive and comedic look at warfare, presented through the lens of an action arcade game. You take control of a small unit of soldiers sent deep into enemy territory, with a simple job; kill all the enemies before they get you. One bullet was enough to kill a character, and it was a game with permadeath, so you’d watch as your favourite characters steadily earned promotions (every enemy they killed increased their rank) only to watch them die a mission later. Of course you’d just throw new soldiers into the fray so the cycle would begin anew.

Bubble Bobble has managed to survive the test of time, but many other similar games to it have not been so lucky. One of my favourites was Snow Bros. Like in Bubble Bobble, each level was a single screen environment, and your goal was to clear it of enemies. In Bubble Bobble you’d do that by shooting bubbles at the enemies, capturing them so that the enemy could then be defeated by popping the bubble it was in. In Snow Bros, you had to instead shoot snowballs at the enemies until they were covered in snow and a giant snowball themselves, and then roll that ball down to the bottom of the stage so that the enemy would explode. Subtly different, but sublime.

Another “Bubble Bobble-like,” Tumble Pop had the same basic idea as the others; clear a level filled with enemies. Only in this one you’d need to use a vaccum cleaner to suck up a number of enemies, and then fire them back out again, so that they were now a projectile that could knock out other enemies. This game was characterised by having many more enemies on the screen than its peers; the action could get very hectic.

I like stock market games. I like the idea of buying up a portfolio of shares, and then trying to predict the best time to sell them as the stock rises, and then re-invest the extra money in even more stock. Oddly enough there aren’t many videogames that tap into this particular kind of strategy, and that’s a pity. What I liked about Wall Street Kid is that it also wove in narrative elements, making you feel like you were playing Wall Street The Movie: The Game, only without the illegal trading bits.

Think Bomberman, but somehow zanier. Butasan was a game about pigs and bombs. Each level was filled with bombs with variable timers on them, and your job was to run around, collecting these bombs and hurling them at your opponents, while somehow avoiding bombs lobbed back your way. The timers meant that you had to time your throws just right, else you’d be delivering a convenient weapon right at the feet of an opponent pig. The chaos that could ensure from this game was just delightful.

In what is surely up there with the cutest games ever, New Zealand Story casts you as a kiwi chick, on a mission to rescue the other kiwi chicks that have been imprisoned by the big bad. You’ve got yourself an adorable little bow and arrow to beat back all the super cute enemies, and you can also fly around in a hot air balloon, or go for a swim because kiwi chicks are apparently water birds. If any old game ever would look completely adorable in HD with modern art, it’s this one.

I’m a big fan of Koei’s strategy games, such as Romance of the Three Kingdoms and Nobunaga’s Ambition. I’m a fan of them because they are particularly well made – even the earlier games in the series – and because they are also historically authentic and very well researched. I’d love for a new Genghis Khan, because the Mongol empire was a fascinating period of military history, and it’s one that a lot of people don’t know much about, so a new title would be a useful resource, in addition to being a very fine strategy game.

Pengo is a maze game, like Pac-Man, with one massive difference; instead of clearing a level by eating dots, you’d do it by clearing the level of enemies, and instead of doing that by munching down on a power pellet and then chasing the enemies around the maze, you’d push the walls into them. See, in Pengo, the walls were both destructible and made of ice, so with a single push you’d send the block sliding across the screen until it hit another block. If you caught an enemy between the blocks it would be game over for the enemy… but you had to work quick because the blocks would run out quickly enough as the enemy destroyed then, and without blocks, you were helpless.

One of Rare’s oldest franchises, there were three console Wizard & Warriors games, and then one Game Boy one. Oddly enough it’s the Game Boy one I enjoyed the most, most likely because I have really strong nostalgia for the amount of time I played it (I would only experience the NES console games in the series much later on). These platformers were all effectively Rare’s take on Castlevania, with their grim fantasy atmosphere and astronomical difficulty, and with Castlevania on the wane, it would be delightful to see Wizard & Warriors somehow make a triumphant return to modern gaming.

This last one’s a bit odd in that I’m not really thinking on any one particular game, but back in the day there were so many great games made using my favourite Disney character of all, and it makes me quite sad that no one makes Donald Duck games any more. As far as a video game character goes he’s a delight, thanks to his penchant for adventure and his infamous temper. Given Crash Bandicoot’s spectacular return, I’d be happy to take a straight port of the Crash-like Goin’ Quackers, but ideally, I’d love for WayForward to weave the same magic it did with the remake of Duck Tales to remake QuackShot. How I loved that game.

Uncharted: The Lost Legacy is going to be everything that fans could possibly want