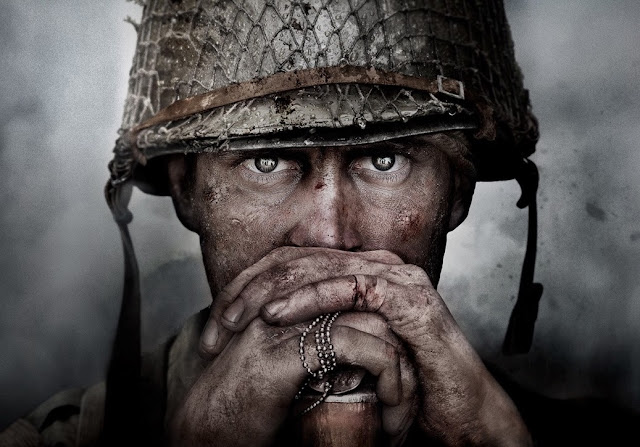 Sledgehammer Games co-founder Michael Condrey, and his company, is approaching the subject of World War 2 in a way that can only be described as horrific. There’s just no other way to describe what is going on with Call of Duty: World War 2, following a recent interview with Eurogamer in which Condrey actually said the following:

“The campaign in this game is about finding that line of quality entertainment with respect for the world’s greatest conflict and the people who sacrificed and died,” Condrey said. “We tell that narrative in a way we think honours the cause.

“Multiplayer is about bringing a community together that enjoys playing Call of Duty. It’s faster. There’s a brutality to WW2 multiplayer that is different than the last few games we made, but we were able to take some creative liberties to make that an experience multiplayer fans really love.”

And later in the same interview:

“I’ll come right through the front door on it: we know that didn’t happen in the German forces. We know there was a lot of racism and racial tension in the 40s, so you wouldn’t have a black German soldier fighting next to the other Germans. We want this to be about you. We’re not making a statement about the authenticity of the Axis force. We’re making this about putting you in this social space and you into your soldier. And we want that to be rewarding and meaningful. I don’t want it to be our decision to force you away from your character into playing a German soldier, just because we put you on the Axis team.”

I already had deep concerns about whether Call of Duty: World War 2 could be relied upon to deliver a game that was appropriately sensitive and reflective on a war that the world should remember with soberness, not celebration. Those concerns have been validated by the rhetoric that Condrey expressed throughout this interview, and I do believe that, unless something absolutely incredible happens and the game is nothing like how Condrey positioned it, it will need to be robustly criticised for the way it’s clearly going to depict the worst (not ‘greatest’, as Condrey characterises it) war in human history.

Let’s start with Condrey’s assertion that COD:WW2 is all about quality entertainment. The idea that depicting a real war, in which real people fought and died, as something entertaining is nothing short of disgusting. Not only because it has the effect of denying the actual experience of war to those who have experienced its horrors (i.e. if you fought in a war you wouldn’t come away entertained, and any art about war should be made with this in mind), but in idealising war this way you desensitise people to war, to the point where you shift the narrative so that it becomes something “fun” to do; in other words, you’ve just created propaganda.

The problem with the word “entertaining,” and the reason that a game developer shouldn’t be targeting this particular emotional reaction when making a war game, is that it suggests that there’s no further purpose behind the work than, for want of a more descriptive word, “fun.” To look at it in reverse; a work stops being “entertaining” when it becomes critical or reflective. When it starts generating emotions in the audience such as profound shock, sadness, or anger, as the truly great war stores do, then it’s better to characterise the story as “meaningful,” as opposed to “entertaining.” The only way to remember war in a sober and responsible manner is to be both reflective on the impact that it had, and critical of the conditions that led to it happening. A game, film, book, or any other art work cannot be both entertaining and meaningful; these are mutually exclusive terms.

So, either Condrey is mischaracterising his own game, underselling its potency as a narrative, or the development team really has set out to make the most horrific war in this history of mankind into a piece of entertainment. This is a deep issue for two reasons:

Firstly, as I’ve already outlined, in characterising war as entertainment, you’re producing propaganda that encourages people to sign up to the military, in the belief that real world wars are games or adventures of their own. This is not a new concept; before conscription came, for example, the military drummed up recruits by advertising war – particularly World War 1 and 2, as an adventure to exotic lands (see the above poster). To this day the military continues to try and associate real world conflict and military service with having fun; witness the below recruitment ad for the Australian Defence Force, which makes being in the army seem like an active lifestyle of exciting outdoorsy exercise and sports (not a dead body or PTSD patient in sight):


Secondly, in characterising World War 2 as entertainment, you spit on the graves of every person that died in utterly horrific circumstances in that war. Condrey spins the PR line that the game has “respect for the people that sacrificed and died in the conflict,” except that it doesn’t. The game reduces those lives and people to kill steaks and scores. Every kill in COD is a convenient way to supply the player with a visceral thrill of playing well. That’s not respectful. This is a war where untold numbers of people were killed through the Holocaust and the dropping of nuclear bombs, where millions of lives were thrown away in battles of which a scale hasn’t been seen before or since, and captured soldiers were put into labour camps where conditions were so extreme that, even if they survived, they never recovered. This is a war where the victors raped with impunity, in which racism (on both sides) was taken to unprecedented extremes, and no one – not a single country – emerged with clean hands. Reducing all of that to a story about a bunch of righteous heroes holding back the “tides of darkness”, is neither respectful to the war, nor those that fought and died in it.

Remembering a war as exactly how it happened is the only way to respect and honour those that participated in it.

If Condrey stopped there it would be one thing, but it gets even worse. Condrey then decided to characterise the World War 2-themed multiplayer as a social space. A war in which 60 million people died, has been reduced to a platform where you can hang out with friends, make new buddies, and play some games together.

Condrey characterised World War 2 as a social space in attempting to justify Sledgehammer Games’ decision to remove the swastika from multiplayer games for being a hate-filled symbol. Yes, that’s right, they’re trying to sanitise the war so as to not offend people. The other motivation for the development team was to allow people of colour and women avatars fight on both the Allies and Axis side in multiplayer. Putting aside the historical inaccuracy of having people of colour fighting for the Axis – and I have grave concerns about deliberately addressing World War 2 in a historically incorrect fashion – there is something deeply disturbing about the idea that Sledgehammer Games sees a “lack of diversity” and a single symbol in World War 2 as being the only sources of offense in a war that killed 60 million people.

The entirety of World War 2 was offensive. Every single battle, every life lost, everything done to helpless civilians. To try and sanitise that to make it a social space is perhaps the most offensive thing that a developer could possibly do. As someone on Twitter so perfectly put it:

“As the Star of David may feel too Zionist for some, we also removed it, we want everyone to feel welcome when they enter the Death Camps!”

My greatest concern is that Sledgehammer Games and Condrey will get away with it. Time and time again this industry is proving that it’s okay to turn war into a piece of entertainment, run propaganda for nationalist interests, revise history completely and spit on the graves of the people that fought in these wars, as long as players can be a person of colour or woman as they do so. Condrey’s attempt to frame Call of Duty: World War 2 as something progressive and positive are completely insensitive to the complete lack of social responsibility that developers of military-themed games generally display.

Review: The Girl and the Robot (Sony PlayStation 4)