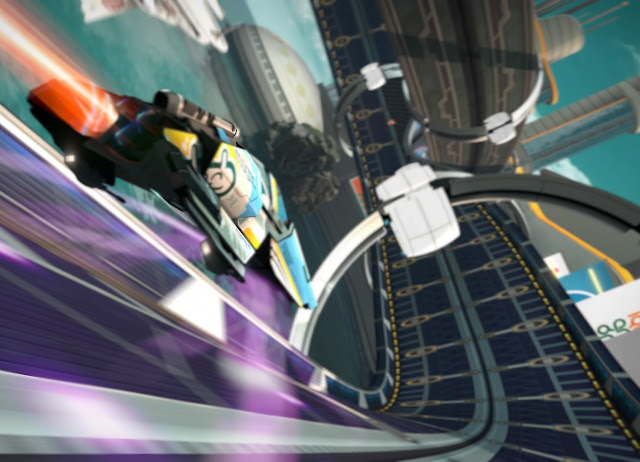 In the absence of Nintendo’s F-Zero series (c’mon Nintendo, surely you know how much people want that one), Sony’s had close to the monopoly on super high speed anti-gravity racing with WipeOut. Now, WipeOut Omega Collection might not be a new game, per se, but bringing together three of the fastest twitch racers together into one package is unbelievably good value, and throwing in new, pitch perfect, music over the top just seals the deal.

In Omega Collection you get three complete racing games. WipeOut HD, was the one released on PlayStation 3 and was effectively a HD remaster of two games itself. WipeOut Fury was an expansion pack to WipeOut HD that offered enough new content that it rightfully deserves to be considered its own game, and WipeOut 2048 was the Vita edition, and the last game developed by the WipeOut studio before it was shuttered. All that content is what I genuinely believe will be considered timeless racing action; these games are gorgeous, the racing is clean and exciting, and the speed is real and meaningful.

For anyone who hasn’t played a WipeOut game before, something you will learn quickly is that there’s a learning curve, and it’s an unforgiving one. You’ll muscle your way through the first couple of tracks without too much pain, but then the layouts will suddenly start demanding precision. In the first couple of tracks bumping into a wall is a mere inconvenience. As the turns start to get sharper and more demanding, a bump like that can lead into a very long recovery, and then you’ll see your opponents leaving you in the dust. 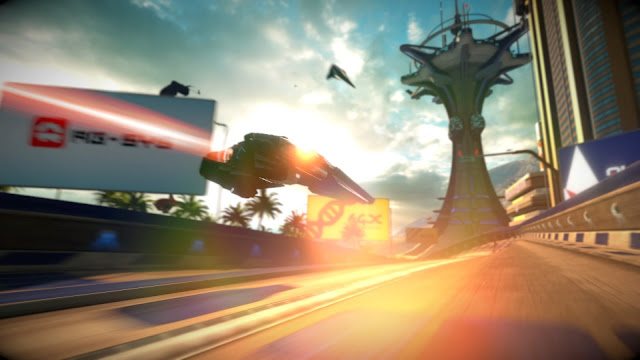 It’s the kind of action that is fundamentally better suited to the big screen. As popular as the handheld WipeOut titles have been, the speed of the action, coupled with the colourful futuristic environments, has meant that I’ve had difficulty following the action at times on the small screen. That’s not an issue with this particular release. Indeed, for a bunch of “old” games and an upscale from the PlayStation Vita, WipeOut is positively gorgeous. I had thought at first that it’s because the game runs at such an incredible speed that you don’t get a chance to notice its graphical weaknesses, but no, that’s not the case at all. At the end of each track you get a chance to take still photograph screenshots, via a fairly comprehensive photo mode (and again, all games going forwards should offer this). In still motion the game might not have the same minute details of something like Mario Kart 8, but the art direction and use of light is just gorgeous.

The planes all handle beautifully, too. There’s a learning curve to WipeOut, as I said earlier, and one of the things that takes a while to get the hang of is the way that the planes behave when there’s no friction with the road to help determine turning. At first the twitch controls will feel too twitchy; you’ll go to make a simple turn and find your vehicle bouncing all over the place, but that’s because the developers want you to learn how to do things with subtle nudges and prods on the control stick. With a bit of practice (and it really doesn’t take that long), you’ll find yourself screaming around corners with the most soft of touches, and that subtlety feels absolutely incredible. At its best, when it’s at its fastest, there’s nothing that quite feels like what is on screen is an extension of your very being quite like WipeOut does.

Where there are disappointments, it is minor in the extreme. My chief complaint has been with the entire series. For some reason WipeOut games have weapons, a little like Mario Kart does. I’m not sure if this was originally done to try and differentiate the game to F-Zero, which was very actively in production then, but whatever the reason, it was a poor one. Mechanically the weapons basically work, and add another layer of skill to the overall proceedings, but they’re also so bland and uninteresting to use that I was never excited in picking one up. Even the best weapons don’t have the same appeal as socking someone with a blue shell in Mario Kart. Mario Kart needs the weapons because the core racing is too simple without them. WipeOut’s racing engine is just so unbelievably good, and the tracks so beautifully designed, that weapons are a waste and a distraction. 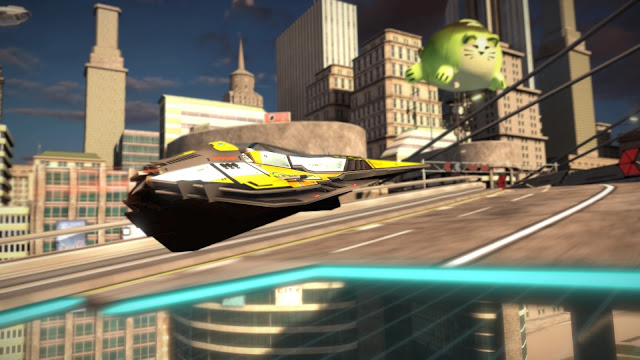 A special note needs to go out to the soundtrack, which is all electronica, and includes artists such as The Chemical Brothers, The Prodigy, Black Sun Empire, and Emika. Some of this music is remixed from the original games. Other tracks are original, but taken together they are all so, so good. I’m not usually a big fan of electronica, but when it a game is clearly designed around that aesthetic, I’d be disappointed if it was anything less.

Could you argue that not enough of this game is new for fans of the series – especially when Sony has the VR headset now and a speedy racer would be such a great thing for it? Probably. You probably could argue that. But this is still a package of three of the best twitch racers out there, and given that we need to wait for Sony to find a new home for the WipeOut series, this will keep us going just fine in the meantime, you’d think.