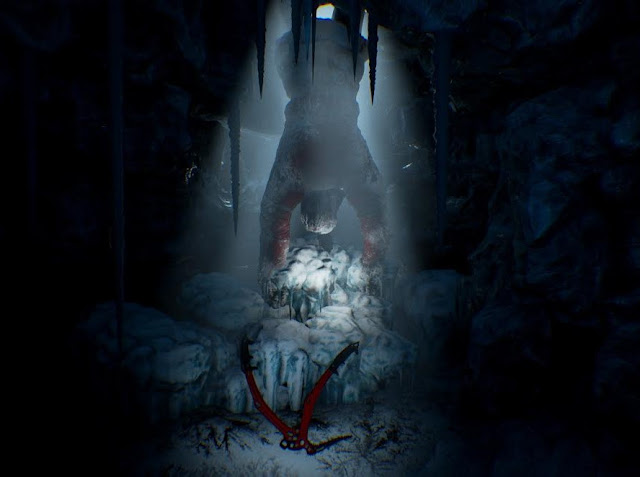 To me, “walking simulator” will never be a derogatory term. For someone who values story over all else in games, I appreciate the narrative purity of walking simulators. The Fidelio Incident, by Act 3 Games, is the latest entry into the genre on PC. But does it have the narrative nous to stand up to genre giants like Gone Home? Or does it get too bogged down in mechanics like The Vanishing of Ethan Carter?

The plot is rather simple to follow. Couple Stanley and Leonore are involved in a plane crash while flying over Iceland. Stanley sets off to find the location his lost wife. From crash point A, Stanley meanders through a variety of locations to reach crash point B, where Leonore is trapped. There are the usual MacGuffins, such as a mobile phone that only receives, doors blocked in esoteric ways, and an unnaturally frequently frustratedly muttering protagonist with an enthusiastic voice actor.

More interesting, and more relevant, is the actual story being told. Delivered through genre-typical excessively voice acted found diaries, The Fidelio Incident recounts the love story of Stanley and Leonore, told from Leonore’s perspective. Two Irish kids growing, reaching adulthood and meeting in 1980’s Ireland – with a backdrop of the late stages of the Troubles. Leonore’s thoughts about Stanley’s boisterous audacity, her initial distaste at his brashness, the growing love between the two – we read (and hear) from her perspective how love changes people. And we see, in broad, impressionistic strokes, the incident that changed their lives together. 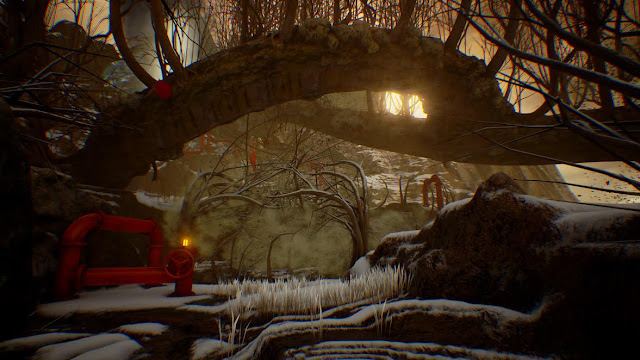 Piecing together the tale of loss and guilt is genuinely delightful – for the most part. At its core, Stanley and Leonore’s tale is that of Romeo and Juliet, and the blatantly expository diary entries that retell the conflict between two families on the opposite side of the Troubles is well told, if a little cliche. Where it falls down is in the modern, contemporary parts of the tale. Sections of the game will lead you down a literal memory lane, and it comes off as surreal for surrealness’ sake. I understand these dream sections are part of the larger, metaphorical journey that the game is taking – and that’s an exceptionally effective metaphor –, but for surreal dreams, they’re awfully straightforward. Apart from one particularly lovely segment set in an Irish pub, most of the dream sections are straight up unimaginative exposition. It’s disappointing that a story that revolves around hallucination has so many straightforward dream sections. Though infrequent enough to not be too intrusive, these sections do the most heavy lifting in this tale of loss and guilt and end up taking away from the overall experience.

The dream sequences are purely liminal, though, with the two major dream sequences happening in transition between the real setting of Iceland. The game presents three distinct environments with clear themes – an icy glacier, an insect-filled waste area centred around a vaulted tree root, and a burning pine forest. The environments are undeniably beautiful. Act 3 liberally employ the tricks of Unreal Engine 4 to paint harsh and gorgeous environments – maybe a little too excessively.

Gorgeous ice lakes, lustrous caves, claustrophobic concrete corridors, volcanic rocks, dramatic sunsets, crackling fiery logs are rendered lovingly by clearly capable artists. Overall, there is an impression of drama and scale, expressed with a deft touch. There are a few rough edges, like clearly tiled or low resolution textures in some places, that give away the inconsistent polish of a small indie team on a tighter labour budget, but nothing that seriously takes away from the overall impression of beauty. More significant is the overuse of intrusive post-effects, namely the aggressive chromatic aberration that blurs out all that lovely detail to distractive effect. And while the locations are gorgeous, they feel a little incongruent with the core plot. 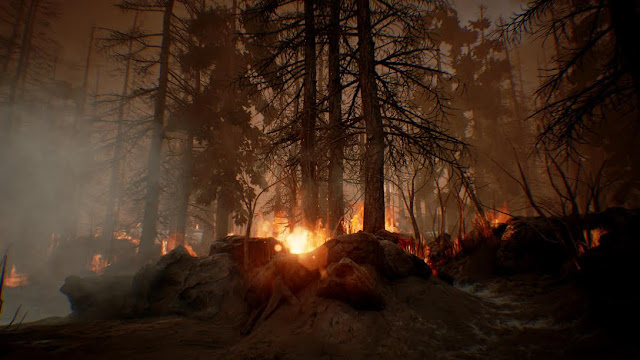 Unfortunately for The Fidelio Incident, it is a game. I don’t mean “game” as in “a piece of digital entertainment released on a computational device”, I mean it in a “has problems that are solved via ludic mechanical interactions” way. The Fidelio Incident has puzzles, and they do nothing but get in the way. Almost the entirety of The Fidelio Incident’s mechanical interactions revolves around finding valves and opening or closing them in sequence, and the rest involve finding X item in Y location. None of these puzzles are particularly difficult, serving more as busywork or observational checks than anything intellectually engaging, and long before the end you’ll be sick of steam vents and red valves. There is even a death mechanic, where spending too much – but all too limited – time out in the cold will cause you to collapse and restart from an unidentified checkpoint. It’s an unnecessary barrier between the player and the narrative, added for no reason other than justification for the platform. The Fidelio Incident replicates the worst mistakes of The Vanishing of Ethan Carter, in that it feels the need to add gameplay between the story bits and it’s just so obstructive.

Related reading: Everybody’s Gone to the Rapture is still the pinnacle of the walking simulator genre. Matt’s review.

The Fidelio Incident is a game that tries hard to tell a tale of guilt. It mostly works, but unfortunately, it tries a little too hard, with the end result lacking the genuine emotional impact that the work and material deserves. The way The Fidelio Incident approaches the traditional tale of loss and guilt – but importantly not redemption – through the largely unexplored lens of the Irish Troubles is fresh, and the fundamentals are strong enough to make the two hour experience worth the price of admission, if not a necessary investment.