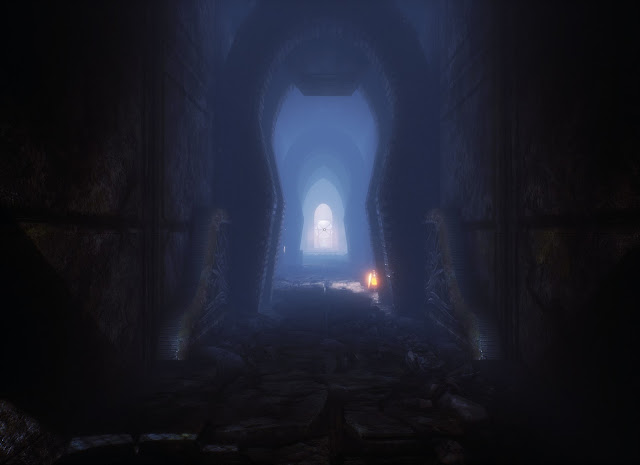 H. P. Lovecraft. The titan of written horror. The father of an entire subgenre of horror. The creator of a beloved fictional universe. Regardless of his meanderingly overwrought prose and his often very objectionable personal views (to call him “racist” would be putting it mildly), Lovecraft and his universe of unspeakable Elder Gods is much adored by horror fans. In his strangeness, his otherworldliness, his attempt at capturing the bizarre and unspeakable, Lovecraft built a horror empire – one that has migrated from the original written word into more modern formats. Including video games.

The issue with Lovecraftian games is that the unspeakable, by necessity, becomes spoken. The result is often a clichéd mishmash of overused horror tropes and predictable jump scares. The heart of unease – in which what is imagined is far more terrifying than what could ever be witnessed – that Lovecraft so wished to express has too often faded away into mundane body horror. Zoetrope’s Conarium, as a Lovecraftian horror game, attempts to rebuild the creeping disquiet of the source material into an interactive experience.

Not quite a direct sequel to one of Lovecraft’s finest (At The Mountains Of Madness), Conarium embeds itself in the fiction and sense of place that Lovecraft invented. You play as Frank Gilman, a senior member of a 1930’s expeditionary team to Antarctica. Among other experiments being conducted is the mind-altering Conarium – a device based on ancient technology that transports a person’s consciousness to other, unknown places. After waking up in an abandoned outpost with no recollection of what happened to his team, Frank sets out to discover the whereabouts and fates of his expedition members. Your journey takes you from the base through ancient seas and constructions and distant recollections to your final place among some of the more alien ruins. Along the way, you solve puzzles to open new paths and reveal details and clues about your allies, and where everything went so wrong. 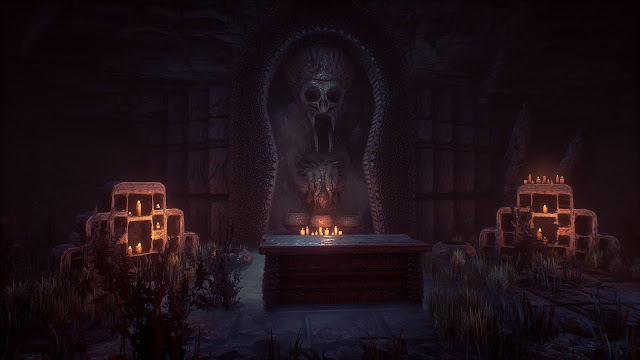 It’s a linear experience, with a few extra areas to find and explore here and there. The plot plods along with few unpredictable twists or turns, and the mystery to be uncovered is largely to be expected. Characterisation is shallow, but events and people isn’t really what Conarium is about. Instead, the game focuses all its narrative effort into developing a creepy and unsettling environment – an effort which, for the most part, succeeds.

Scattered around the various locales you will find books and notes containing backstory and, rarely, clues. These found documents attempt to emulate Lovecraft’s excessive, melodramatic prose, and do not quite hit the mark. Which is a good thing, really, since it leads to more comprehensible writings that favour expedience above over-eloquence. From these notes, the scientific journey of Dr Faust’s exploratory team and what lead up to their expedition is mostly revealed, although a little more directly and clumsily than Lovecraft’s slower build.

These documents also contribute to your “completion” of the game – a percentage and overview of which is provided at the end of the game. Collectables like documents, as well as secret areas, “trophy” items, and “memories” all contribute to this percentage. Each time you find one of these collectables generates an obvious popup on the screen, slightly pulling you out of the moment and appearing as one of the more gamey elements. There are quite a few collectables, though, and some must be difficult to find, since after a relatively thorough four hours, I had only achieved 77 per cent completion. 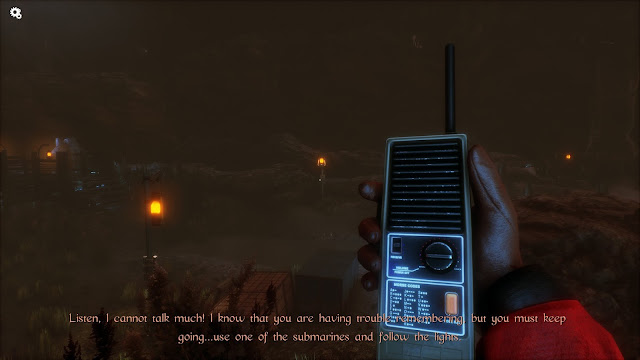 Puzzles are mostly varied, ranging from breaking walls with objects, charging light obelisks, and finding objects or keys that fit in slots. You’ll realise “find and input the pattern” puzzles appear quite often, but they’re varied enough in nature that the sense of repetition is kept down. For the most part, puzzles are interesting and organic, however some of the later puzzles are quite difficult, with clues becoming increasingly opaque, which can lead to frustration.

Some of the game’s mechanical language is inconsistent. For example, right at the beginning of the game there is a stuck door. To open it, you have to activate it a number of times until it opens. Later in the game, there are other stuck doors, which do not follow this rule, including a key area that is “stuck” but needs a particular, well hidden item to open. Likewise, there are a number of locked doors, some of which have keys and some of which don’t, and it’s almost impossible to determine which ones are critical to progress, which ones lead to secrets, and which ones don’t even open at all. It leads to a number of places that I’m not sure whether I was meant to go to or not, due to this basic inconsistency.

There are a scant handful moments of direct existential threat that will result in a black screen and a reload, but for the most part there is no danger to the player. Instead, dread is built through atmosphere, and it largely works in Conarium’s favour. After all, Lovecraft rarely relied on danger to the protagonist’s physical health to drive his realm of horror. 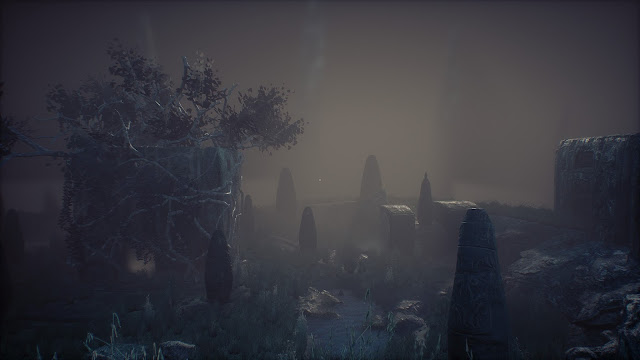 Perhaps the biggest challenge of conveying Lovecraft’s strange otherworldness in an interactive format is the question of geometry. Lovecraft’s vision is that of extreme, impossible surrealness; in fact, so impossible it sends the mind insane. The issue with non-Euclidean geometry is that to be navigable in a 3D space it must be decidedly Euclidean. This creates an inherent problem with games based on Lovecraftian extraterrestrialism, and Conarium is no different. Thankfully, Conarium’s source narrative – At The Mountains Of Madness – is luckily one of the least strange geographies of Lovecraft, with the city of the Old Ones (or Elder Things in Conarium) being mostly architecturally possible. Zoetrope’s imagination of the city of the Old Ones is adequately conceived and rendered, with arches and curves and columns and cubes and caves and alcoves and quite a few statued representations of the mysterious Elder Things. The impression left by the art design is one of respect for the source material, but constrained by obvious practical limitations like time and budget.

These limitations extend to some more technical aspects too. Some of the texture work is rough, although it’s mostly unnoticeable in context. Models and animations also lack a certain amount of polish, but not enough to drastically impact on the experience, and UE4’s inherent benefits help along the way. Meanwhile, the Soundwork is mediocre but serviceable, with the expected mood music at the expected places. Corridors echo and plink with dripping water, and strange machinery hums sufficiently. More humanly, Conarium’s voice actors do their best to lend life to Lovecraft’s style of horror, reflecting the overbearing melodrama of the situation, but ultimately sounding hokey.

Conarium tackles the difficult task of capturing Lovecraft’s ephemeral psychological horrors and, for the most part, pulls it off. Sometimes clumsy, sometimes streamlined, sometimes elegant, Conarium is an effective piece of Lovecraftian fiction that does its best to respect the source material while adapting it to an effective interactive experience. Conarium overall captures the mood of Lovecraft, if not the more extreme bizarreness present in his stranger stories. If you want a game that plays like a Lovecraft story, Conarium is probably the most accurate, accessible option available.