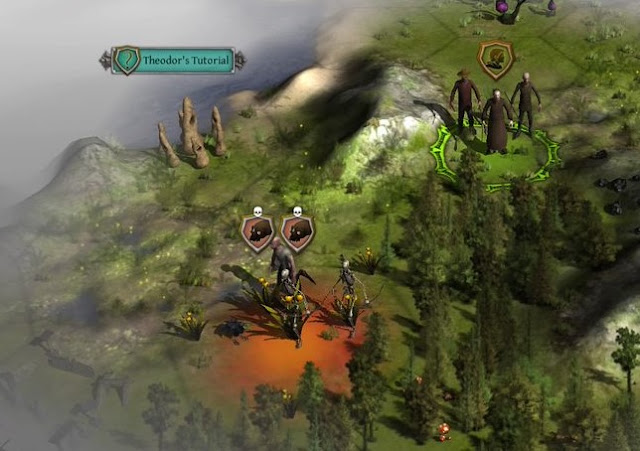 Thea: The Awakening looks like it should be an indie take on Civilization. It’s got the same hexagonal map design, and you’re looking down on villages and units of characters from an omnipresent point of view that looks every bit the Civilization clone. That in itself would have been fine, since we don’t have Civilization on PlayStation 4 (why, I will never understand). But it’s only as you start playing Thea that you realise that it is so much more than that. And, in many ways, so much the better game.

Civilization is a game of conquest. You build units, send them into wars with other units, capture territory, and then build cities on that territory to consolidate your power. It’s a wonderful, timeless formula that has been emulated many times over, but that’s precisely the problem with it – it’s downright common now. Thea looks similar, but it’s actually a completely different thing; it’s a storytelling experience. Instead of units, you recruit and arm villagers in your city to be “expeditions,” and then send them out to explore the world, complete quests to earn resources and increase their power, and work through a major, epic narrative. The best way to describe it, perhaps, is as some odd mix between Skyrim and Civilization, and it’s really quite delightful. The narrative is told through great blocks of text that are fully narrated by a voice actor that has the kind of soothing, pristine tone that you’d expect from an audiobook narrator. You’re also given the ability to affect the outcome of these story sequences by making decisions about how to react at certain points of the text. Because of this, the story really does get that in-depth at times, bringing in a vague gamebook tone to the mashup between Skyrim and Civilization.

So, yes, now it’s Skyrim meets Civilization meets The Warlock of Firetop Mountain. As you can probably guess, you’ve never quite played a game like Thea before.

And that’s a good thing. Despite being such an original and delightful concept, Thea also looks the part, pushing the Unity engine as far as I’ve seen it pushed before. Each game’s map is a delight to explore by virtue of just how beautiful it is, and discovering new areas filled with adventure never gets old.

Unlike Civilization, where each unit is nameless and if you lose one, it’s simply a matter of building another to continue on without consequence, in Thea, each character that is either in your town or in your expedition parties is a person, with a name, set of skills, and purpose. Some characters are good at gathering resources. Some are fighters. Others are healers. This is important, because these characters can perish in battle – either if an enemy attacks your village or your expedition party gets involved in something beyond their skills, and the losses of these valuable “resources” can be a major setback. It means that there’s a greater emotional connection between what you’re doing, and the impact that it has, too, which makes for a more intense kind of game, particularly when the chips are down and you’re up against powerful foes.

And then there’s the combat system, which is elegant in operation, but quite complex to learn at first. Each character in combat is represented with a card, and each character has two dominant statistics; combat power, and defence. There are various ways to improve both of those statistics, or affect the opponent’s ability to fight, but the basic flow of combat is that each side takes turns to lay these cards down on a table, and, once all the cards are played, attacks play out in the order that the cards have been played (unless an effect affects where in the order a card acts), and a character’s defence rating is reduced by the attack rating of his/her opponent. If the defence rating hits zero, that character is killed. 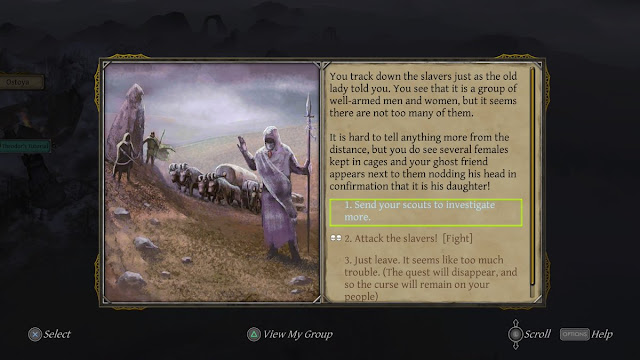 The flow of this card system takes a while to learn, but once you get there it’s a delightful way to resolve battles. Assuming, of course, that both sides are evenly balanced. If either side if overwhelming then it can be a tiring waste of time, knowing that there’s nothing that can be done to influence the results. The game offers the ability to auto-resolve combats, which works for the very weakest of foes once you’ve built up a certain level of power in your team, but as sides get closer in power it’s difficult to shake the feeling the game weights results in favour of the AI in order to encourage you to play each battle out manually.

Enemies run the gamut, from undead to orcs, spiders to demons, and the cards that represent these creatures are gorgeous. As is the art in the descriptions as you interact with them. Thea, more than anything else, has a wonderful sense of lore and heritage to it, in part because everything is drawn so utterly beautifully. It’s rooted in Slavic mythology, and it’s the kind of game that feels like you’re playing in just one moment of a grander history, and, most importantly, it’s done so well that you want to witness more of these moments. It’s the same fundamental strength of games like Dragon Age and the Elder Scrolls series, where you’ll discover books and bits of lore that will point to events outside the boundaries of the game, but will intrigue the imagination. Building a universe of that depth is difficult, but Thea achieves it; there might not be books to read, but there are ruins to explore and pieces of antiquity to find that give the developers a wonderful setting and history to set many more games in in the future.

Thea isn’t perfect, for all its beauty. The late game loses steam as it struggles to escalate things in an interesting way. It becomes too difficult (and generally unnecessary) to build up a large number of expedition units, so you’ll stick to simply increasing the power of existing ones and having them roll over challenges in an ever-easier manner until they hit a story-driven difficulty spike. Meanwhile, back in the towns, because there will be an excess of villagers twiddling their thumbs with little to build (new building unlocks happen too infrequently), you’ll set them to simply gather resources and you’ll end up with a ridiculous stockpile of food and fuel that removes any sense of the scarcity challenge that the game’s narrative theme wants you to believe is a reality of life in this world. Later campaigns that you’ll unlock offer a more balanced challenge, but it’s never quite perfect and, given each individual campaign is a lengthy time commitment, this is a game that, for all its merits, can cause you to doze off if you load it up on a Sunday afternoon after a long week’s work. 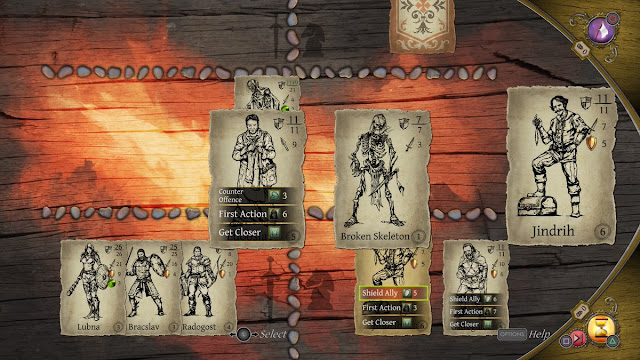 If that sounds like an oddly specific example, it’s because it happened to me while playing Thea. And while I appreciated the nap, and it wasn’t really the game’s fault that I decided to play a slow-paced “strategy” game after a 100-hour work week, it did literally put me to sleep.

Go into Thea with the right frame of mind, and in all seriousness this is a beautiful game with that real X-factor for fantasy settings; there’s a real sense of lore and history that makes every moment so intriguing and fundamentally interesting. As I said at the start; you’ve never actually played a game quite like Thea. It might look like Civilization on the surface, but once you realise it’s actually a hybrid of card game, gamebook, RPG, and strategy game you’ll be hard pressed to think of anything that you’ve played this year that’s more fundamentally fascinating than this one.

The fast five with John Kane, developer of Mallow Drops (and plenty more)