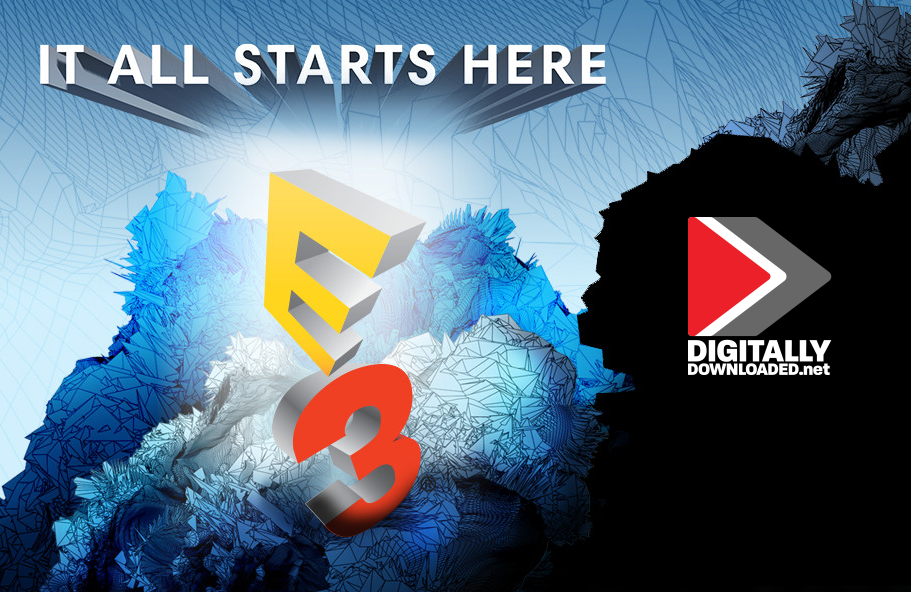 Hello again everybody, and welcome back to Digitally Downloaded’s coverage of E3 2017! Today’s last press conference is the one I know I’ve been most eager for: Sony. The conference took place at 6 p.m. PST on Monday, June 12 at E3 in Los Angeles. My hope here is for a Spider-Man release date and lots of Square Enix goodies, and I’m very interested on what (if any) Vita games come to the party, so let’s see what happens!

Related reading: Take a look back at Sony’s press conference from E3 2016.

Soft music begins from a group of five playing instruments while sitting in a semi-circle on the floor of the stage. Arabian in flavour, perhaps? Definitely Middle Eastern or African. A waterfall appears in the background, and light patterns begin projecting onto the water as it falls heavily to the floor. First in blue, then in gold. The music speeds up. I see a trident. Oh. It’s just Uncharted: The Lost Legacy. Never mind. That was a cool introduction, though.

Sony is just going full-tilt on this one, not taking a breath between trailers. My feed is wonky, unfortunately, but I don’t think I’m missing much. It’s cold and there are dinosaurs. Horizon Zero Dawn: The Frozen Wilds. Okay.

How many zombie games do we need? I mean, really, does it not seem like one in every four or five trailers is yet another zombie game? I’m tired of zombies. The games are usually little more than gore-fests, and the market is so oversaturated with zombie everything that the fear is no longer really there.

What you have up there is a lengthy bit of video about a redneck in a denim vest sneaking around, fighting zombies and generally just being a dick. There’s blood. There are large zombie hordes and hostage situations. I still don’t care. Sorry, Sony. Try again later. There’s a guy in the audience “hailing” the video.

I like this. It’s a gorgeous world. I wonder what we’re doing in it?

AHHH monsters! We must kill them! Or… hunt them? There’s a big fuzzy dinosaur-type with a weird head bump that I find rather charming despite him clearly wanting to kill whoever this hero may be. From Capcom comes Monster Hunter World. Finally, a non-3DS Monster Hunter game! Anyone else planning on picking this up early next year?

Shadow of the Colossus

Japan Studio and Bluepoint Games bring us: a bunch of really big monsters! IT IS A SHADOW OF THE COLOSSUS REMAKE! I’m not terribly surprised given the success of The Last Guardian. The Shadow of the Colossus remake is coming in 2018.

Some more Capcom! And Marvel. It doesn’t take a genius to figure out that this is Marvel v.s Capcom. Capcom vs. Marvel? I can never remember. Available on September 8, with a story demo available now.

The world is on fire. Oh great, Activision, that’s a terrible sign. It’s available this November 3.

Kicking things off for VR: Skyrim. Our editor Matt said it best on Twitter:

Skyrim in VR. It would be good if Skyrim was good.

What you’re about to see if very blue, and set in space. Or underwater? In space. Anyway, it’s another PS VR game, although it doesn’t look very VR-sequel. The audience seems to be equally unimpressed.

This Supermassive Games production seems awfully creepy. Games set in sanatoriums tend to be; add VR to this concept and I’ll need diapers.

Why not? Coming this September.

This is another Supermassive production, so this is clearly a team focused on VR. This game is very shooty-uppy in the worst way.

OH NO DON’T GO IN THERE POOR LITTLE MOUSE!

The entire auditorium is underwater! Under clear, blue water. There’s a boat onscreen with a recognizable fellow with a red stripe on the back of his bald head.

Detroit: Become Human’s appearance at E3 last year was one of the reasons I decided it was high time to get a PlayStation for the first time since my PlayStation 2 Slim. Now the proud owner of a shiny FFXV PS4 Slim, I can go back to experiencing games as uniquely incredible as I expect Detroit would be. I mean, I think we can all agree that David Cage is a freaking genius. Please give us a date, please give us a date…..

Oh joy, Activision and Bungie. This will be a write-off for me, what about you guys? Also, another space game. So many games set in outer space. What is wrong with Earth?! (That’s rhetorical, please don’t actually answer the question…) Destiny 2 is out September 6. It will have exclusives on the PS4, such as gear, a ship, a PvP map, and more.

We’re being promised a “true exclusive” from one of the industry’s leading developers. What is it? WHAT IS IT?!?!?!?! IT BETTER BE SPIDER-MAN! IT IS! IT IS SPIDER-MAN! Sorry, I’m a little excited….

Wilson Fisk is involved, although some may better know him as Kingpin in Marvel’s Daredevil series on Netflix. Spidey can use the environment around him to his advantage, such as pulling machines on top of enemies (Demons) or attacking from above. The gameplay actually reminds me quite a bit of the Arkham series, although I haven’t played since the second game. Spidey is especially sarcastic, which is perfection. The Spider-Man will be available next year.

There were a lot of ups and downs with this presentation, with not nearly enough Square Enix or an exact enough Spider-man release date, let alone a PS Vita game (that was a long shot). But Monster Hunter World looks great, as do VR games The Inpatient and Moss. We had a nice, long look at Detroit Become Human; we had an even longer look at Spider-Man with a surprise shot of Miles Morales at the end. It is just so Marvel to have a post-credit scene at the end of an E3 press conference.

See you all here after a long snooze to recap the Nintendo Digital event, which begins streaming at 9 a.m. PDT!

E3 2017: Ubisoft’s reveal of Mario+Rabbids Kingdom Battle won me over