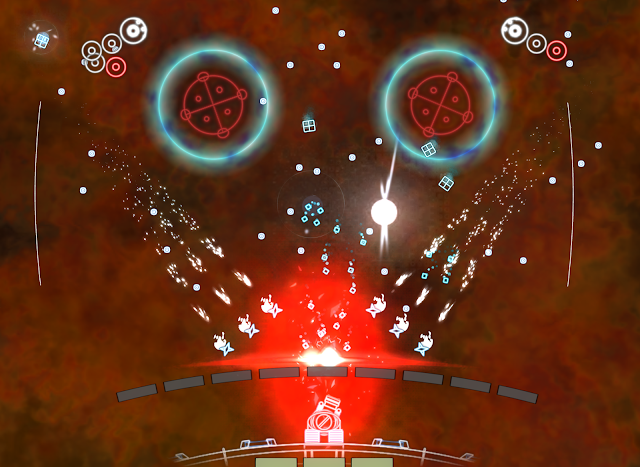 The beginning was without form, and void. And the Flying Spaghetti Monster said, let there be sauce: and we got the first arcades. Universe creations aside, I remember my own personal evolution in the field of video games. That first go at Pong, the first sightings of coin operated arcades, and the begging for loose change that closely followed. Video games truly entered my life with the Atari 2600, though, and at least at the early days there was only one type of game to be had on that slice of manna from heaven: the home version of the arcade. These didn’t require an eternal supply of coins, and they were also much friendlier; no longer was playing them a case of Game Over in 60 Seconds. The standout games of that time have become stuff of lore: Space Invaders, Asteroids, Pac-Man…

Fast forward several decades, and parts of me are still yearning for that innocent [virgin?] experience the 2600 offered. Thus, heading into this review of a game about which I did not know much other than it aspiring to ghosts of old arcades’ past, I found myself asking two core questions. First, is there a point to this rejuvenation effort in the first place? I mean, those Atari games I loved so much back in the day have generally not aged well. Wouldn’t the world be better off coming with original stuff instead?

And second, even if No Stick Shooter’s existence is justified, can it compete in today’s world? Back on those 2600 days we had to play Space Invaders because there was nothing else; today’s world is the exact opposite, a survival of the fittest affair where obscurity is a game’s biggest enemy and success is often achieved for the wrong reasons (I’m waving at you, nationalistic propaganda dudebro affairs!). With these questions running through my head, I went and grabbed my iPad for a test run. 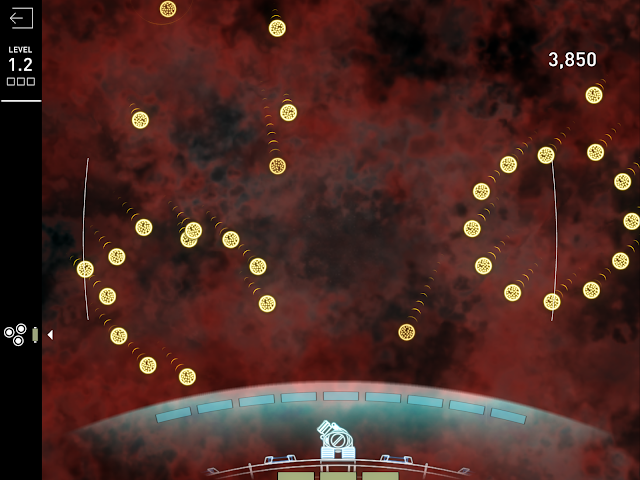 Ten seconds in, it was clear No Stick Shooter is a modern interpretation of Missile Command. In recent years Defender had received the modern revival treatment through Resogun; I guess it was only natural for Missile Command to receive a similar overhaul.

It was clear Missile Command went a long way in close to four decades. Instead of different bases and cities you need to defend, you are equipped with a single turret that’s protected by rechargeable shields. Instead of limited ammo at your bases requiring a measure of frugality with shooting, you get limited energy affecting the frequency, but not the quantity, of shots.

Any questioning the need for a new take on an old theme was very quickly subdued. First there is the very visceral presentation, that’s oozing with colour and comes bundled with a similarly energetic soundtrack. More importantly, innovation comes forth with each new level in the shape of new challenges: asteroids followed by giant asteroids, then squares, and when you handle those you get fallout like debris you need to take care of… And that’s just the start. New enemy categories require new weapons to deal with, and before you know it No Stick Shooter turns from your basic Missile Command rendition where you tap where you want your missiles to go into a frantic two handed affair of switching between missiles, cannons and lasers (?) while tapping on the expected location of that particular baddie that’s sensitive to your current weapon of choice. In other words, what started as Missile Command quickly evolves into something much larger. Each level comes with its own set of challenges, and at the end of a set of levels you meet your local neighbourhood angry boss. 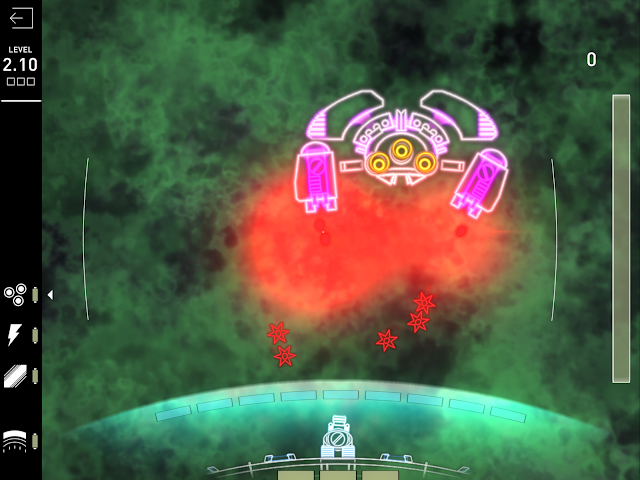 It wasn’t all Guns N’ Roses, though. Still remaining was the question of where No Stick Shooter stands in today’s world. This is where I have mixed feelings.

There is a first for everything, and in No Stick Shooter I think I managed to find a game that plays worse on a big 12.9” iPad Pro than on a smaller rig. Ergonomically speaking, the weapon switching buttons are not the most comfortable to use while holding the Pro, as well as being too easy to miss/confuse in a rush. Yours truly thus found himself stuck in a hot debate on the merits of strong reflexes and a good sense of timing at around the game’s third wave (level twenty something). To be honest, by then I have found the game too close to Geometry Wars for comfort on that epilepsy scale of flashing lights. There was just too much chaos on the screen for me to comprehend, never mind handle. After many a try I simply gave up and opted for greener pastures (what other people refer to as “other games”).

Which brings me to the inconvenient truths. Over the years I seem to have lost my affections to arcade games; I liked them when they were the only game in town, but nowadays this refined metropolitan latte sipper values things such as narrative and characterisation much more than pure action. And whether it is by correlation or causation, I also appear to be not quite good at arcade games. To quote the ancient sages of yore, I have lost my mojo (at least when it comes to arcade action). 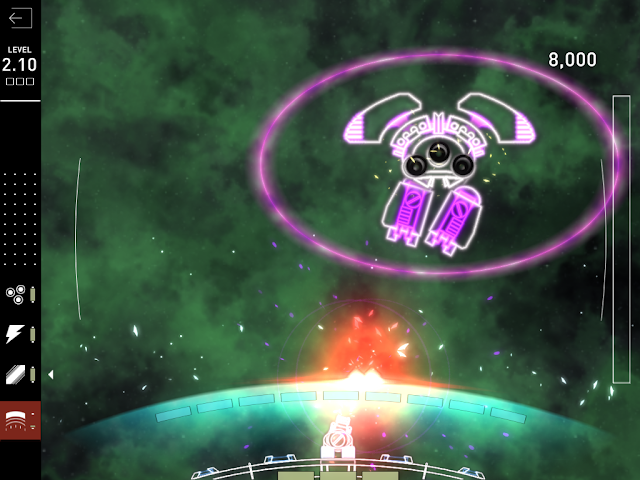 We are definitely deliberating over an equation centered around me and what I look for in games (and, for that matter, art/entertainment). Rarely do I seek to release my anger on a bunch of evil pixels anymore. Instead I opt for depth, I seek the expansion of my horizons, and I am ever in need of relaxation.

Thanks to Aussie and Chinese researchers, we’ll all soon have Hatsune Miku holograms in our pockets