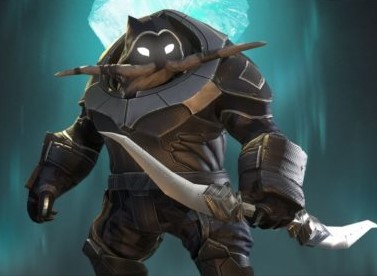 The PlayStation 4 has an endless stream of indie games being release on it each week now. It’s no longer surprising – or unusual – to see ten, a dozen, or even more games released on the console via PlayStation Network in a single week, and while there’s usually one or two “big” releases, the bulk of these games are indie titles, made by small teams.

Because it’s almost impossible to do everything, I’ve run through a couple of recently released indie titles for short & sweet reviews; from an attempt to do Doom in 2D, through to a buddy-buddy game about dwarves.

Butcher’s statement of intent is both simple, and remarkably ballsy; do Doom in 2D. Any indie developer that deliberately invites comparisons to one of the most renowned franchises in gaming is taking a big risk – the problem with comparing your work to something beloved is what happens if it doesn’t measure up to that original game’s standards. Against the odds, Butcher actually comes close.

As a 2D hard-as-nails platformer, Butcher is indeed brutal. I’m not great at this kind of game, so my little character went splat more often than not. And “splat” is quite gruesome in Butcher. Levels are short, but the blood remains as a grisly painting on the walls and floors, and by the time you actually finish a level, there will be crimson all over the place. I like the impact of this, truth be told; coupled with the cold, industrial aesthetic, Butcher certainly looks the part of its inspiration.

What I found less enjoyable is just how poorly defined everything is. Because characters are tiny; so tiny that not only can they be difficult to make them out on the background, but they also can’t be the intimidating monstrocities from hell that was such a major part of Doom. Later on some larger enemies do show up, but they still lack the creativity of the beasties that Doom throws at players, and the visceral thrill in slicing through them simply isn’t there.

The level design is generally good, albeit quite generic. It’s not like Butcher has many surprises for the players, but the action flows nicely and the game knows how to be punishing without feeling unfair. All in all, it’s a generally smooth game let down by its idea of scale.

Flinthook makes one major mistake from the outset; it gives players 360 degree aiming with the titular hook that is such a major part of navigating around the world, but then maps aiming and movement to the same control stick. Trying to move forwards while aiming a hook upwards is a process that I never quite got used to, and while the developers had good reason for this (the other control stick is not left unused), it’s a clunky control system that hurts a game that also tries to be a difficult roguelike in the vein of Rogue Legacy.

That’s right; random levels and massive difficulty spikes come into play in Flinthook, and if your character dies, it’s back to square one. That kind of experience is not the right environment for an aggravating control system that actively fights the player, though it’s one that I just know a small community of people will love, and spend an awful lot of time mastering to create some impressive videos.

Presentationally, it’s an elegant enough game, albeit derivative. We’ve seen this kind of modern pixel art a hundred times over by now, and yes, it looks good and reminds us all that we’re playing an indie game, but it’s reaching that point of saturation where I’m really quite tired of it. Time for indie developers working with pixels to be a bit more ambitious with the art direction, methinks.

What Flinthook does do well is keep the variety of enemies, rooms, and environments strong from start to finish, and, generally speaking, the difficulty curve is reasonable. There’s always the risk that random elements means a game will take massive momentary spikes in difficulty when you get unlucky and the algorithms work against you. Flinthook avoids that, and progress through the game does feel good, but it struggles to be compelling.

We Are The Dwarves

We Are The Dwarves is a game that greatly confused me at first, I must admit. I couldn’t really work out what the game really was. It has an isometric viewpoint that makes it look like it wants to be an RPG. “Dwarves” also tends to imply RPGs. And then the game has slow motion and tactical menus that look heavily inspired by Dragon Age Inquisition… another RPG.

But once you start playing it all feels more like an attempt to bring The Lost Vikings into the modern era. You’ve got three different dwarves to control, each with very different abilities – the sneaky guy, the guy that’s good at range, and the melee guy – and each area in the game is, effectively, a puzzle to overcome, using each character’s unique abilities. 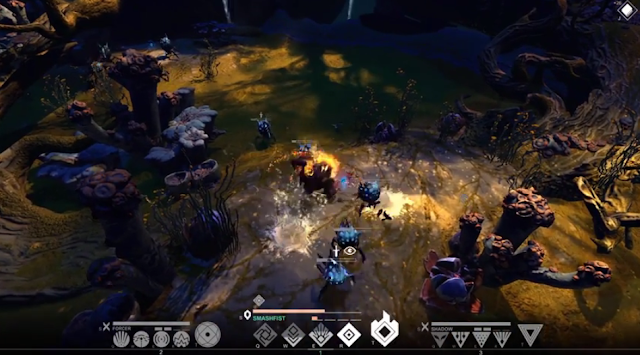 There are faults in the game; the ability to be creative with solutions to challenges is too often inhibited by the fact that challenges have one solution that the developers wanted you to take. It’s a game that feels like it wants to be open and free, but is far more akin to a linear puzzle game. The game also has an odd tone (these are space explorer dwarves though that’s rarely a theme that’s anything but there for arbitrary reasons), and the localisation team (this is a game from Ukraine) is anything but satisfactory.

Once I pushed past the odd tone and approach to the game, though, I had a really good time with this one. It’s not a classic by any means, but it’s different, interesting, and often quite clever. This is a developer with a bright future.

If you think of Deathstate as a clone of Gauntlet that fails to match the quality of the original Gauntlet from decades ago, you’re pretty much there. This is the kind of indie game that hurts to review, because the intent to do something fun is clearly there, but it’s just not a good game at all.

It opens with a fun riff on the Lovecraftian mythos. You play as a woman that has been pulled into a cosmic gateway, before being dumped in randomly-generated dungeons teeming with enemies to kill and loot to collect. Yes, it’s a “roguelike,” though it’s one so simple it’s not going to excite even the most diehard genre fans. You have little control over your character other than to move her around while she auto-targets nearby enemies with an endless stream of projectiles that just appear out of nowhere. The real killer here is that she also isn’t animated; she just glides all over the place in a single stance. This alone marks the game out, instantly, as a seriously amateur production, and it never quite recovers from there.

You know how sometimes you’ll play a game that will make you want to give up games #PS4share https://t.co/BEdp9MTn3U pic.twitter.com/VxyfPM3uNv

Dungeons are short, sharp, and escalate in difficulty quickly. Enemies are, at least, animated and move around, though they’re not exactly works of art. At least there are a lot of them on screen at once. Character customisation is simple to the point of being brainless, and there’s very little to do beyond what I’ve just described above.

I appreciate that the game’s also attempting to throw in some bullet hell elements and so on, but it’s only middling at that kind of action too. There might be some limited interest in Deathstate for people who like to overcome difficulty spikes, but to be honest, you’re better off dusting off that copy of the Gauntlet remake instead.