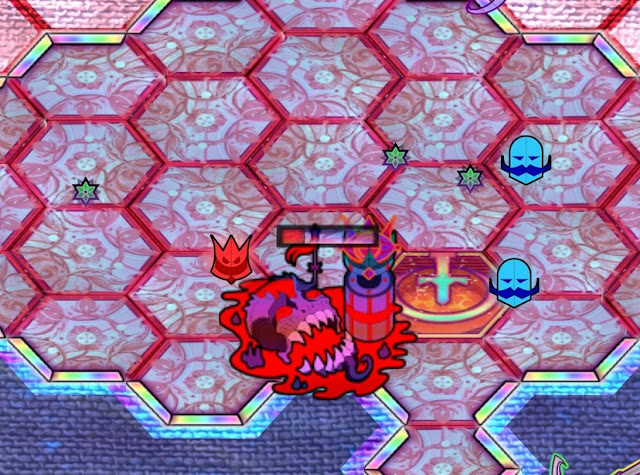 Castle Battles is as casual as strategy games come. You’ve seen what this game offers, more or less, many times before, and, on a platform such as the iPad, which already has a glut of both casual and serious strategy games, this is going to struggle to stand out. That being said, it’s also quite well made and enjoyable.

I was a little disappointed at first, because on first impressions, Castle Battles looks like it should be a very different kind of strategy game, and one that I love almost by default. The field of battle is split into hexagons, which anyone who has experience with strategy games knows that hexagons are the sign of a serious wargame indeed. For real grognards, getting them to even look at a game that doesn’t feature hexagons is a major achievement. In other words, hexagons carry with them certain expectations, and putting them in your game is both an instant selling point to a certain audience, and a risk if you’re not then able to meet those expectations. Backing that up is a cool neon aesthetic that is something nostalgic to me; I thought we’d be getting something quite infused with 80s culture and pop references.

Then the game started moving, and those expectations were brought crashing down, and quickly. Castle Battles turns out to be a RTS, in which your job is paired right down to the point where it’s predominantly about building castles close to resources. Once built those castles will start collecting resources right away; stone will allow you to build more castles, while coins will be used automatically to produce soldiers. Those soldiers can then be directed to attack enemy bases, and with enough of them, you’ll be able to overwhelm the base and make it one of your own. 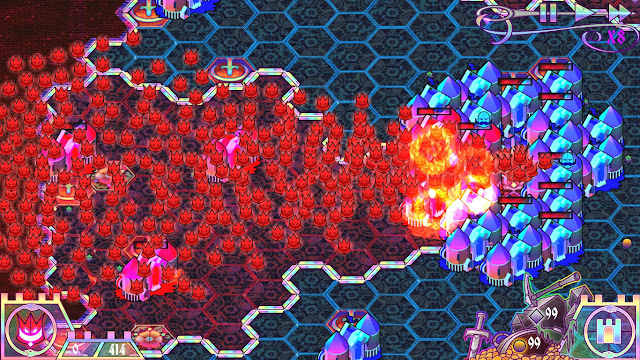 Combat really is a case of “he who builds the most units will win,” given that there’s no terrain factors, no variety in the actual units built. Your involvement with them also starts and stops at actually telling them where to go. There’s a modicum in strategy involved in picking which targets to attack (hitting the bases that generate the most resources, even if they get captured right back, is a good way to disrupt the opponent’s flow). There’s also a bit of quick thinking involved to decide on the order in which you’ll build your bases in order to accumulate resources faster than your opponent, but these are very basic strategic considerations indeed.

Because the strategy is so simple, enemies get more difficulty in very arbitrary ways. Harder levels will involve enemies building bases more aggressively, and ends up with more units to attack you with. I prefer my strategy games to have Ai that comes up with more complex strategies as the difficulty is raised, as in games like Romance of the Three Kingdoms or Europa Universalis, where higher difficulty simply means opponents are far more aware of the tactical options they have, and become capable of beating you, even from an inferior position. But I guess when you’re dealing with a game of this simplicity, none of that’s really possible; when the only effective strategy is brute strategy, the only way to increase difficulty is to make the opponent a bigger brute. On the plus side, people who do like challenge will enjoy what Castle Battles offers; it can get quite challenging.

It’s also a pity that the design of the game isn’t used to better effect, I must say. The neon glow effect sets such a superb scene that for the game to not follow through and actually engage with it is disappointing. There’s some humour thrown in to dialogue that bookends each mission, but at no point is there ever a reason for the game to look the way that it does. It’s just this cool neon aesthetic for the sake of it. I do prefer when my games have a reason for everything, and as visually vibrant as Castle Battles is, it’s a hollow kind of vibrancy. 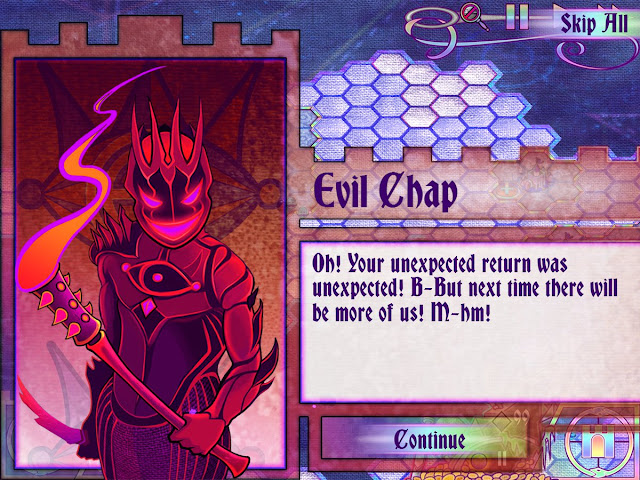 The game’s a free-to-play, though its microtransactions start and stop at unlocking additional campaigns; in other words, what you download is a demo, and if you like what you get out of that, you can access the rest of the game. What you get out of the free section is quite generous, and walks you through all the basics of the game, so you’ll know whether it’s for you by the time you get to the purchase screen.

Ultimately Castle Battle’s biggest problem is that it had a real chance to use that aesthetic to break away from an overloaded genre in casual strategy games and establish its own identity… and it wasted that opportunity. It’s a perfectly decent game, and the kind of entertaining thing that works well on iPad for getting through those train rides of lunch breaks, but it’s hard to shake the feeling that it’s all a touch pointless in the end.

The Friday Ten: The ten must-play JRPGs for the PlayStation Vita