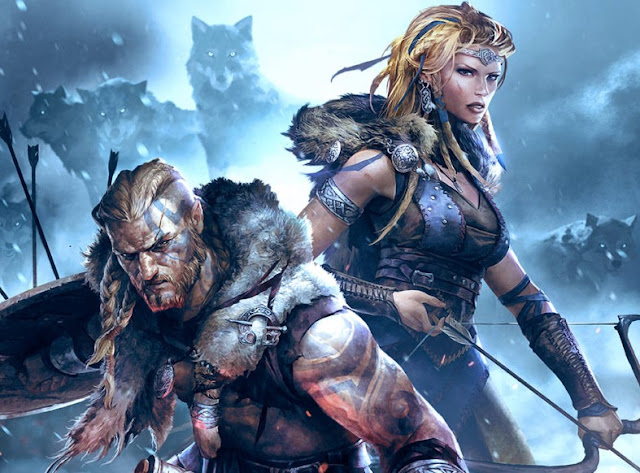 Generally when people think about the Vikings, they think about incredible warriors with fearsome reputations raping and pillaging their way through the territories of others. Occasionally people’s knowledge of the Norse will extend as far as their religion (or, at least, the military warrior-Gods like Thor and Loki). Rarely do we think much about the rest of their culture (and believe it or not they did have a culture beyond raping and pillaging), but at least the material that people are familiar with with regards to the Vikings makes for good videogames.

Vikings – Wolves of Midgard is a Diablo clone in a very pure sense, and that naturally means that the game involves a lot of beating stuff up, and very little time spent engaging in the more subtle sides of viking culture. That’s not actually a criticism though, because Wolves of Midgard is actually a pretty darn fine game, and actually does a good job of utilising the mythology and many wondrous and unique monsters of Viking lore to the benefit of the game.

Indeed, this game’s real strength is in its set-piece battles with hulking, brutal bosses. There’s typically a protracted exploration level in the lead up to each bosses, in which players have to guide their characters through hostile environments filled with hordes of enemies to contend with. The basic enemies are a bit bland, as the top-down isometric view on the game world is never conducive to giving characters or enemies personalities through animation alone. 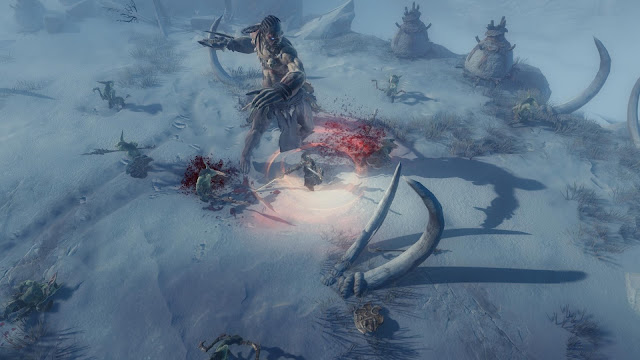 That being said, there’s decent variety in them, and various enemies have different weaknesses and strengths to account for. Crows, for example, are able to fly out of reach, so you’ll need to time your own strikes for when they attempt to swoop you. I also really enjoyed that the environments themselves are often quite hostile, and this happens from the outset. Make the wrong move and that’s it, game over, and given that the Vikings came from a particularly hostile part of the world, I’m glad the developers made nature itself the enemy at times; not only does it help separate the game from other Diablo clones, but it gives the whole adventure an air of authenticity.

But it really is the bosses that the game finds its highlights. Dynamic, powerful, and unforgiving, I hate to make the comparison because it’s so passe now, but Dark Souls and this game share a love for making those set pieces such a focus that much of the rest of the game fades into the background. Each victory feels like an achievement, and although there’s a greater capacity in Vikings, when compared to Dark Souls, to simply grind yourself to the point where the bosses are manageable, they will still test your abilities to remember attack patterns and take advantage of every resource available to your character.

This goes doubly so in multiplayer, which is unsurprisingly the superior way to play this Diablo clone. Tactics are of limited value; for the most part you’ll be playing alongside your allies as individuals, rather than a cohesive team, but there is still that visceral thrill of teaming up with someone to take on the creatures of myth and magic. 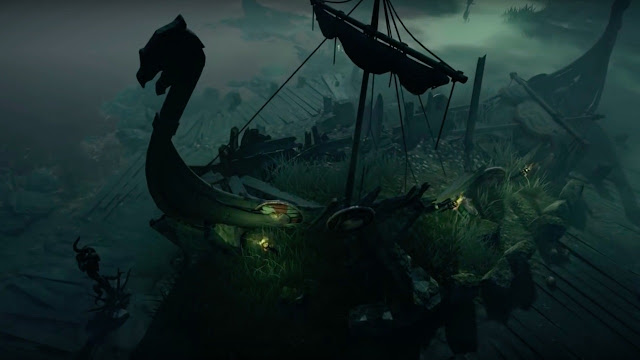 Unfortunately the game does let itself in execution at times. I found the dodge command to be a little stiff, making it pointless against a number of enemies. I also found ranged combat to be cumbersome. Perhaps it’s just that I’m used to dual stick controls when it comes to ranged combat in my RPGs now, but I really felt the difficulty in retreating or moving backwards while still firing at enemies. Finally, from a mechanical point of view, while I appreciated that the game was looking to offer a stiff challenge, I didn’t feel that the difficulty spikes were particularly well balanced, and, especially given that multiplayer wasn’t always an option for me, I felt that there was too much grinding involved in order for me to stay on top of things.

I also felt that the skill trees were too limited for their own good. We are talking about a genre in which the Godfather (Diablo) has a ridiculously intricate skills and customisation system, and in comparison to that game Vikings seems like it was aiming at a streamlining of the skills tree, which has, unfortunately for Vikings, come across as a little shallow for its own good. There’s a nice range of different combat styles for players to choose between, but the individual skill trees within each of these combat styles are overly restrictive and limited in scope; there are only a couple of different things that you’ll be able to level up on obtaining each new level, and you’re effectively funnelled into a specific order of unlocks as you play along. The developer would have been better off simply unlocking these skills for players as they gained levels, and dropping the pretense that you have some control over how the character develops.

There’s a lot to like in Vikings, even if the game’s never able to effectively articulate how it’s different to the genre’s greats. It manages – just – to be more than a by-the-numbers Diablo clone thanks to the creative energy that went into its bosses and environment design, but it relies too heavily on that, and the assumption that you’ll be playing the game in multiplayer. As a single player experience, the limits on what Vikings can offer become distracting; making it good for a lazy afternoon of grinding fun, but not something that you’ll remember over the longer term.

The Nintendo Switch has pleasantly surprised us, and Drawn to Death has not (Digitally Uploaded 2017, Episode #15)