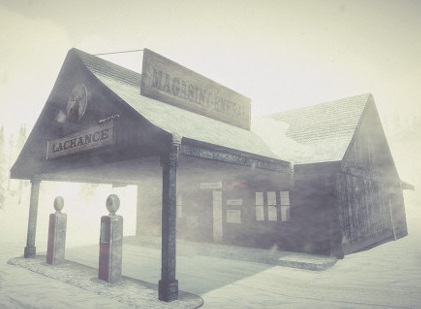 The year is 1970. In a remote area of Quebec, renowned private detective Carl Faubert is investigating a string of vandalism attacks against the property of storekeeper W. Hamilton. Bit when Hamilton turns up dead and a blizzard traps Carl in this seemingly deserted community, things take a turn for the bizarre.

That’s the setup for Kona, the first commercial game from Quebec-based indie studio Parabole. As Carl, you’re tasked with investing the strange circumstances of Hamilton’s death while trying to survive the harsh conditions, and that makes for an incredibly atmospheric game.

Large chunks of the game, particularly in the early stages, are spent driving through the snow in a clunky old pick-up truck, listening to a radio that’s distorted by the lack of reception, and looking at a paper map to figure out where you are and where you’re going. Without another soul in sight, and with the blizzard beating down on you, Kona is great at creating a feeling of chilly isolation, to the point that I felt physically cold while playing. The only other game I can think of that’s given me that sort of physiological response is I Am Setsuna, so that puts Kona in very good company indeed. 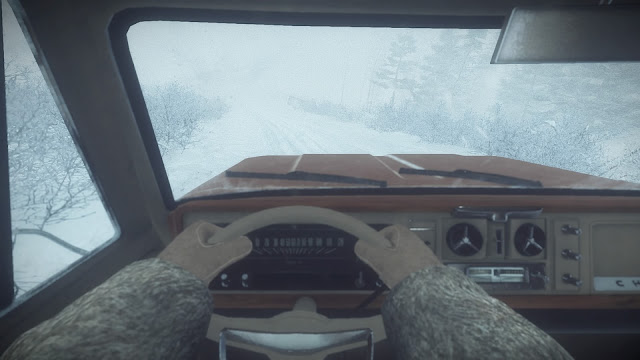 This makes the game sound like a “walking simulator”, and it definitely shares a similar tone and approach the storytelling as games like Gone Home and Firewatch. However, there’s much more focus on puzzle solving and survival in Kona, as you piece together clues, find items to overcome obstacles, and try not to freeze to death. There’s nothing overly challenging, but it’s enough to make Kona feel more like a first-person take on a point-and-click adventure game, rather than a pure narrative experience.

Stay out in the cold too long, and you’ll freeze to death, so you always need to be mindful of where you can find shelter. A cabin without a fire isn’t much help, so you need to always be on the lookout for firestarters, logs, and any other fuel. The stress of the whole situation can get to Carl, making him more susceptible to the cold and more fatigued, so you need to be mindful of his mental health – cigarettes and alcohol can help with that, but they have downsides of their own. It’ not a hardcore survival game, and I never actually died from any of this despite some quite inefficient playing, but it’s something that’s always there as a potential threat.

Puzzles themselves typically involve finding and using items in the right places, so that you can eventually get what you need or go where you need to be. Early on, you need to fill up your truck’s tank, but you can’t do that until you restore power at a ransacked gas station. The backup generator has a busted cable, so you need to repair that before you can get anywhere, sending you on a hunt for duct tape and pliers. With the generator fixed, you can power the gas pumps and fill up your truck, ready to continue your investigation. 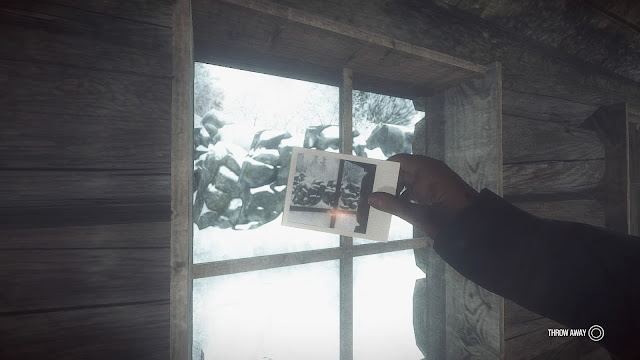 Most of the Kona’s puzzles follow this sort of format, though the more complex ones require more items, more steps, and tend to have you traipsing across the tundra in search of missing items or clues. For better or worse, it’s a game that doesn’t hold your hand; solutions are sometimes unclear, specific items can be rather elusive, and it’s hard to keep track of what you need where and when. At the same time, that confusion and the occasional frustration that comes with it are a big part of the atmosphere that Kona creates, and there’s nothing that’s so abstract that it can’t be solved with a bit of light detective work.

That exploration also slowly unfurls the story of the game, as you find things that piece together the story of Hamilton’s death – diaries, letters, angry graffiti, that sort of stuff. Things take a turn for the weird when you start finding frozen bodies that give Carl visions of the past when he touches them, helping to fill in the blanks about what’s going on. This disjointed storytelling works really well, as it dangling a whodunnit carrot in front of you with layers of mystery and a constant trickle of information that inspires curiosity. .

Sadly, the ending throws all of that under a bus. I don’t want to say what happens, but I will say that all this carefully-built intrigue gets washed away with a flimsy, handwave of an explanation that neatly wraps up every little thread. Case closed, nothing to see here, no lingering memories, just an overly simplistic conclusion to a story that build itself to be something much bigger. 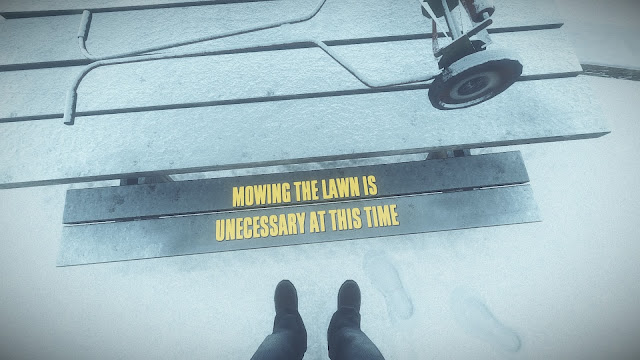 That ending notwithstanding, Kona is a trip worth taking. It’s a beautiful, moody showcase of the snowy wilds of northern Canada, and a slow-burning mystery steeped in atmosphere. Play it for the journey, not the destination.