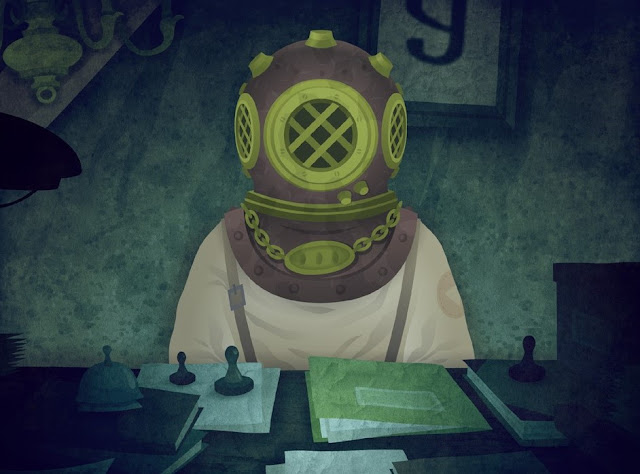 If you’ve ever read a work by Kafka, you’ll know that it’s a rather disorientating experience. Not only is it hard to figure out what’s going on, due to the rampant surrealism and unconventional grammar, but it’s even harder to figure out what you’re meant to feel about the depicted events. This multi-layered confusion is at the heart of The Franz Kafka Videogame, a tongue in cheek remix of the renowned author’s most known works in game form, developed by indie outfit mif2000 and published by Daedelic Entertainment.

Followers of the indie community might recognise the studio as the strange minds behind 2012’s Hamlet or the last game without MMORPG features, shaders and product placement (no, really, that’s it’s name). The Franz Kafka Game plays out similarly – it’s an adventure game split across a series of small, one-screen puzzles with an offbeat sense of humour and some commentary on the games medium as a whole.

Across Kafka’s work, the common themes tend to be cruel irony, bad things happening to good people, choices between incomparably disparate outcomes and the crushing regiment of bureaucracy. mif2000’s game has each of these in spades, guiding players through increasingly alien scenarios whilst gently insulting the player’s intelligence. The Franz Kafka game will evoke from its players the kind of wry laughter you find yourself enjoying after having a terrible day – the defeated chuckle after all your plans are undone by a careless happenstance out of your control. 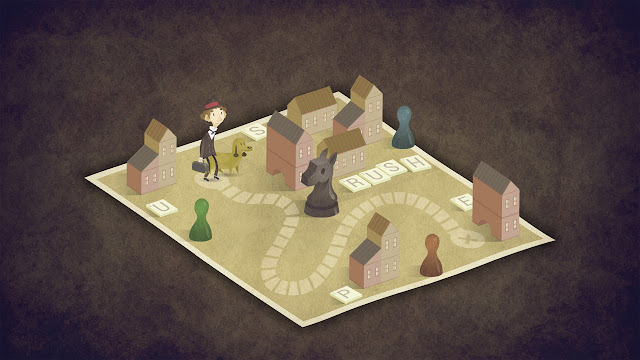 In many ways, the game itself mimics bureaucracy. Many puzzles are not designed to be solved by logic – their solutions contort the rules of puzzle constructions, relying upon objects hidden in plain sight as well as copious amounts of trial and error. There is a hint feature available for players who get stuck, although these don’t tend to alleviate frustration at all; rather, they often add to it. For hints appear based on a timer – once you’ve become stumped by a puzzle, all you can do is wait for the game’s clock to tick down two minutes before it reveals the solution to you: and it’ll be an answer so banal yet so unconventional that you would have never come up with it on your own.

If there’s any enticing draw to braving this game’s tedium, it’s that mif2000 somehow manage to come up with novel puzzles and solutions time and time again. The game feels like an endless bag of tricks, constantly surprising you and moving on to the next puzzle before you have time to gather your senses. There’s humour to be found in the unexpected, and The Franz Kafka game definitely delivered its share of laughs, even if they are done through gritted teeth.

The game’s series of puzzles are connected by an overarching story about a timid protagonist, K, who is unwillingly given a job on the other side of the world, and is whisked away to fill this new mysterious role. The journey from Europe to America is a thoroughly weird one, filled with abstractions, fantasies and non-sequiturs. The narrative’s hyperactive pace keeps the player interested and makes the unfair nature of the puzzles a little more forgivable. 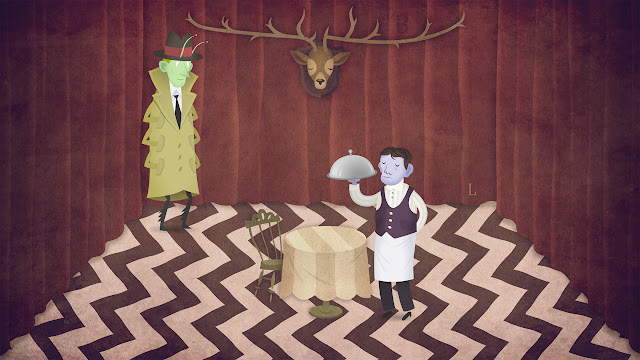 Whereas the narrative is convoluted and somewhat melancholic, the game’s graphics and music are more of a comfort for the eyes and ears. The colourful picture-book art style is wonderful to look at, and effectively brings the story’s more surreal aspects to life. The soundtrack is comprised of jovial, lilting songs which complement the game’s quizzical nature. Together, the experience feels like watching an old film, or nestling yourself in the pages of a dusty manuscript.

This isn’t a long game by any means – roughly 90 minutes in length depending on whether you do the puzzles or look up the answers – and once the tricks are revealed to you there’s not much purpose in replaying the levels. It’ll take you about as long to play as it would take you to read a short story, but for fans of Kafkaesque literature, there are certainly worse ways to spend your time.

The Franz Kafka Game is an interesting attempt at representing Kafka’s narrative style in an interactive medium. It’s not always going to be fun to play, but it’s a memorable experience which relies upon witty writing and clever design rather than technology or rewards systems. This is a game which is often confusing and unintuitive, but it gets away with it under the guise of being true to its source material. If you’re in a pensive mood and want to play something that’ll make you think, The Franz Kafka game will gently help you let go of reality and embrace the absurd.