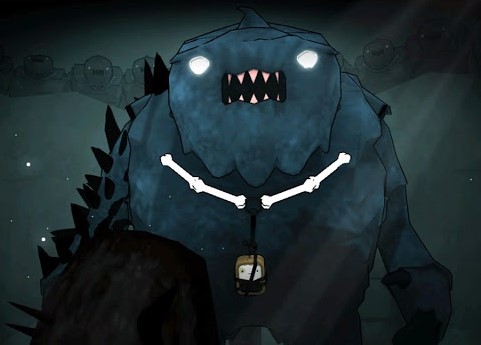 It’s clear that a lot of heart’s gone into the development of Eekeemoo: Splinters of the Dark Shard. Unfortunately all the good intention in the world can’t save a broken game, and that’s what Eekeemoo is. It barely works as a prototype, let alone a full game that people are expected to pay money for.

Related reading: For people looking for a 3D platformer, Yooka-Laylee is a very traditional one, and it’s generally a workable game. Brad’s full review.

On paper, Eekeemoo is a simple 3D action platformer in the vein of Spyro the Dragon. You play is the titular hero, a ninja eskimo who’s on a quest to rescue his friends from the evil Dark Shard. That journey involves fighting skeletons, zombies, yetis, and other critters, jumping over pits of poison and lava, and avoiding hazards like swinging blades and circular saws – the usual stuff.

The problem is that, aside from the most basic platform aspects, none of these things really works. A bad, terrible, and worse hit detection means that getting past those hazards doesn’t come down to skillful play so much as just forcing your way through – thankfully, with a very generous health bar. Light puzzle elements involve finding an activating switches that shoot lasers at you, but again, you can’t really do anything to avoid them; you just endure the attack and hope your health bar holds up. 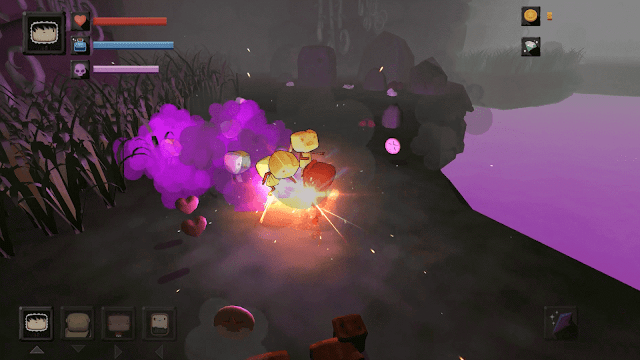 Most of the focus is on combat, and this is where Eekeemoo is at its worst. Eekeemoo himself attacks in a slow, lethargic fashion – less like a ninja and more like someone drunkenly waving goodbye to a friend. That’s fine, though, because the hit detection is so forgiving that you don’t really need proper attacks. As long as you swing your sword vaguely in the direction of an enemy, your attack will probably connect, regardless of the animation. That’s true for enemies as well, though; they hit you with similar ease, physics be damned.

You can ostensibly dodge attacks by pressing the circle button, but Eekeemoo has the worst dodge animation I think I’ve ever seen in a game. He doesn’t even start moving until a good second after you press the button, he rolls like he’s in slow-motion, and this “dodge” has almost no effect on his positioning. For the time it takes to actually perform a dodge roll, you can walk just as far as the roll would take you, rendering it entirely moot.

This all creates a battle system that’s as dull and button-mashy as possible. You run up to enemies, hammer away on the attack button without even much care for enemy positioning, and you simply tank every attack because you have a massive health bar and avoiding attacks is impossible. This pointless loop makes up about 80 per cent of the game; the rest of it is the aforementioned broken environmental puzzles and platforming that’s at least functional, but far from interesting enough to make up for the rest of the game’s flaws. 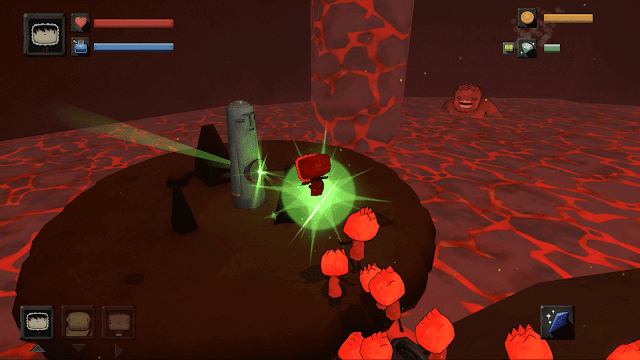 The sprinkles on the cake are the coins and other pickups strewn about each level that serve absolutely no purpose whatsoever. There’s no scoring system, no 1-Ups to collect when you collect 100 coins, and nothing to unlock. A few of the collectibles at least have trophies attached to them, but the coins themselves do nothing at all, from what I can tell. This may seem like a little thing to fixate on, and it doesn’t really detract from the game in any way, but it is rather symbolic of how Eekeemoo fails to understand and implement even simple ideas.

This would be a bit more forgiving if it weren’t for the fact that there are so, so, so many blueprints for Eekeemoo to follow. The 3D platformer is a genre rife with other games to draw on, from great ones that offer a benchmark for success to truly woeful ones that show what to avoid. Eekeemoo isn’t fumbling its way through uncharted territory; it’s trying to mimic one of the most well-explored genres of the last couple of decades, and fails at even the basics.

But, like I said, there’s a lot of heart gone into Eekeemoo, and that’s the most frustrating part. There’s so much potential here for something great. The game is based on an obscure, quirky fantasy comic about the adventures of Eekeemoo and his snow troll friend Yum Yum. I can’t find the original webcomic anywhere, nor any digital versions of the print comics that followed, but from what little I’ve been able to uncover, it looks like an enjoyable ride. 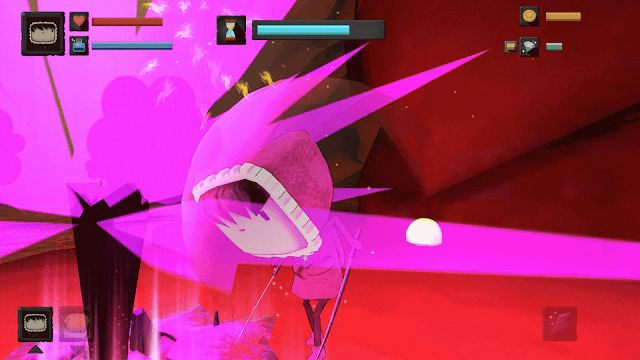 Eekeemoo: Splinters of the Dark Shard captures the dark yet quirky tone of those comics in its ominous setting and creative character designs. Despite falling neatly into typical fantasy locales (forest, volcano, snowy mountain), there’s something unique about Eekeemoo’s levels, and they inspire plenty of curiosity.

Sadly, those feelings are quickly laid to rest by every other aspect of the game. Despite its potential and the love poured into it, Eekeemoo: Splinters of the Dark Shard is a broken mess that I wouldn’t recommend to anyone.