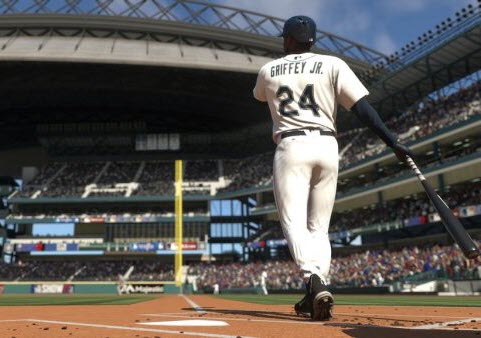 Baseball may not be the powerhouse sport in America that it used to be, but it certainly still has international appeal. MLB The Show is a reflection of the relative lack of interest in the sport I suppose, as it is the only AAA baseball title in town, but the good news is that on its worst years it is still a good game. During its peak releases however, The Show is among the best sports releases you can get your hands on. Fans of baseball are in for a treat then, because this year’s iteration is arguably its best yet.

Sony San Diego Studio doubled down on the tradition and heritage that attracts many people to baseball by using one of the most popular players of my lifetime as the cover star, Ken Griffey Jr. “The Kid” was a thirteen time All-Star and was a generally likable personality who played the game the right way in an era were steroid scandals turned a lot of fans off to the sport. His presence in the game immediately gets things off to a good note, promising a classical, but beautiful take on the game.

Beyond this year’s cover athlete, The Show gets us off on the right foot by using a tutorial-like introductory game to help teach you the basics. You get to learn your way around a variety of different batting, pitching and fielding options. This is an incredible boon for newcomers and helps to make this year’s release one of the best jumping-in points for those who have thought about trying the games, but are concerned by its potential complexities. This is a very fair concern. Baseball might not be as fast-paced when compared to sports like the NHL, NFL and NBA, but the sport itself is a hugely skill-based and nuanced activity, especially when pitching. 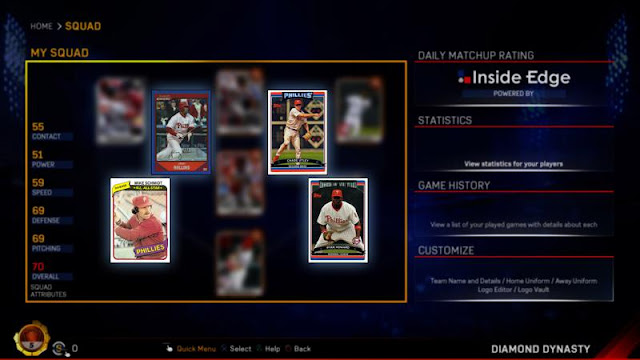 Given that The Show is a long-running series now as well, it has experimented with a wide range of ways to reflect the sport in a video game format over the years. There’s metered options, pulse options, and analogue stick options for pitching and hitting. Some methods feel more intuitive to some players than others, so it is really nice to see that regardless of your own preferred way to play, all of them are options and right out of the gates. It’s the very definition of intuitive gameplay when the player gets to choose they way they want to play.

While all this accessibility for new players is a good thing, if you are an experienced player with this series, the number of quick tips and tutorial options might feel a bit bloated; they’re easy enough to ignore, but you may or may not feel babied at times as a result. Regardless, once you do get a feel for how to best play the game to suit your style, then the real fun begins. The action on the field is spectacular, with sharp visuals, solid commentary and excellent controls. The lighting has seen considerable improvement over previous years, and the quality of the animation is just spectacular; especially at the plate, where the developer has clearly spent a lot of time working over things like body movement, bat swings and ball contact reaction. The audio mixes authentically with television style overlays that can give someone passing by pause enough to wonder if it is a video game or a televised baseball game. Of course, like most sports games, if you play this one enough, you’ll run into the issue where a degree of repetition sets in (particularly around the commentary), but that’s an issue that will never be resolved in sports games.

The bulk of your time with MLB The Show will be spent in one of three different gameplay modes. First, you have the traditional franchise mode, where you assume full control over a team. Of course, this is a potentially huge undertaking. One of the reasons I get through more seasons of Madden than any other sports franchise is because in the NFL you have a sixteen game regular season. The MLB season is 162 games long. That is a serious time commitment, but thankfully there is an option to simply simulate through the day-to-day while being plonked in the action for what are termed “Critical Situations”. Here you step in and take direct control over important at-bats, pitches or base running. This helps to distill the experience of a match from roughly an hour long game into several minutes. 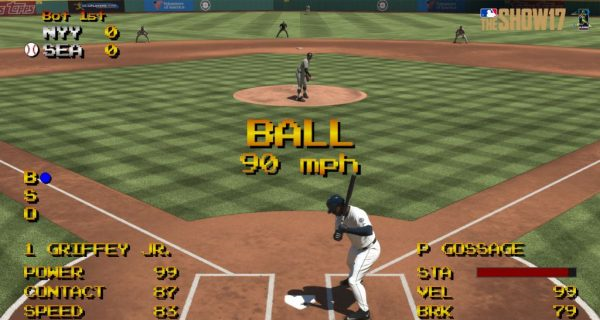 Next up you have the Diamond Dynasty mode. Similar to the collectible card/fantasy team modes found in other sports games, you leverage a reward system that unlocks new items and a gradual drip of new goodies to keep your team steadily improving. As someone who enjoys fantasy sports and is an avid sports card collector, these modes always seem like they should be a favourite of mine, but I tend to be lukewarm towards them in the end. It does not help that outside of couple minor tweaks to progression, this year’s iteration is basically the same as what has come before.

If you have read my other sports reviews, you know that in most games I tend to gravitate towards the career modes. Road to the Show is what it is called here in MLB The Show 17, and it has improved dramatically over prior versions. The way the narrative of your character is told is interesting, though it might not be for everyone. If you are used to the MyPlayer mode in NBA 2K and were looking forward to a lot of character interactions and spoken dialogue by your character, you might come away disappointed, as this game doesn’t do that. However, I enjoyed the documentary-style presentation of Road to the Show as it follows your up-and-coming player who starts off doing some hitting and catching drills followed up by a couple of showcase games that conclude with him being drafted into a major league team’s farm system. Sadly, I got drafted by one of my least favourite teams, The Yankees, but I made lemonade from lemons and am biding my time until I can join my Tigers as a free agent. From there you work up through the ranks, improving your skills and receiving opportunities to interact with agents, coaches and more.

These interactions can be relatively minor, where a coach just gives you some praise and maybe you get a double experience bonus the next game, or perhaps more important such as your willingness to change to a new position to better suit the team needs (there is even a trophy for agreeing to do this). You don’t have to agree to the position change of course, but it could have an impact on how quickly you get called up to the majors. The documentary style that all of this is presented with is not as personal as a true story mode might be, but it is unique and given that this is one of a large pile of sporting franchises that release on a yearly basis, I applaud the idea of doing something fresh. The other thing I really enjoy about these kinds of career modes is that like the Critical Situations mentioned above, you are only actively controlling the game when your player is participating in what is going on. So if you are a pitcher, you only play every few games. Otherwise, you play when you are at bat or fielding a hit. This keeps the game moving along smoothly and is a great way to get a bunch of matches out of the way in a relatively short amount of time. This helps to add to that sense of progression, because the game is respecting your time and allowing your character to improve without a lot of padded time.

There are a couple of other modes available, but neither one occupies a lot of my time. You can play online, and to The Show’s credit, the matches are light on lag, but long on finding good matches. This is likely not a feature I will use a whole lot. Next up, they added a retro mode that is basically a quick take on old school baseball games of yesteryear – and ties in nicely with an older player as the cover star. This is a much more simple, approachable version of the old game of swing the bat and throw the ball, and it works well enough as an arcade experience. It’s actually fun to mess around with. To its credit, this mode alone is better at being R.B.I Baseball than the actual R.B.I Baseball games, putting the final nail in the coffin over whether PlayStation 4 owners should bother with that other baseball franchise.

MLB The Show 17 is the only AAA baseball game in town, but the series is clearly not content resting on its laurels. With notable improvements in several areas and increased accessibility to try and hook newcomers, baseball fans should find a lot to like about this year’s release. Play ball!