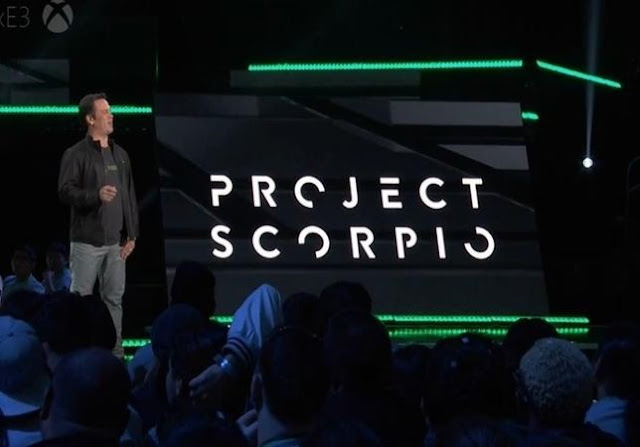 Over the last 24 hours, Microsoft, via Eurogamer’s Digital Foundry, released the tech specs of its upcoming Project Scorpio, the is-it-a-new-console-or-just-an-upgrade-to-the-Xbox-One that is similar in concept to Sony’s PlayStation 4 Pro.

The console’s tech specs are exceptional; there’s a detailed run-down of them over at PC World, but the long and short of it is that the console is going to significantly eclipse the PlayStation 4 Pro in terms of raw power. It’s going to make 4K graphics and textures, which require quite high-end PCs, almost native to the console, and that means it’s going to stand out in a league of its own when it comes to the never-ending console tech specs arms race.

Here’s the thing though; it doesn’t matter how powerful Scorpio is. The problems with the Xbox One, and the reason that it failed so completely compared to the PlayStation 4 have absolutely nothing to do with the power that was in them. Microsoft doesn’t understand this, or has no interest in actually addressing its weaknesses as a console manufacturer and game publisher, and for this reason Scorpio is only going to appeal to a certain market. It’s a large market, but make no bones about it; it’s a startlingly specific market and, lucrative or not, it makes the Project Scorpio and remarkably uninteresting piece of hardware.

For all Microsoft’s talk about wanting to appeal to “core gamers” and give “core gamers” the experience that they’re “craving,” Microsoft is remarkably tone deaf to what a “core gamer” actually is.

Here’s four statistics that are of relevance:

These four games are very different to one another, and Zelda doesn’t even appear on a Sony console, but they share one critical thing in common; they are all alternatives to what many consider to be “mainstream” games. “Mainstream” games are shooters, like Call of Duty or Overwatch, MOBAs like League of Legends, or open world games like GTA or Assassin’s Creed. “Mainstream” games certainly sell well themselves, and review well, and certainly appeal to the “core,” but they are not exclusively what the “core” play. “Core gamers” are like movie buffs; they like a variety of experiences. Casual film fans go to the cinema to watch the latest Marvel blockbuster before jumping on Twitter and trolling anyone that doesn’t agree with their… expert… opinion about what they just saw. But the serious film fan is the one that goes to film festivals to see what is coming out of Iran, Thailand, Japan and Brazil. The serious film fan has a subscription to Netflix, sure, but also Mubi, and other, even more specific film services that cater to the niche and the arthouse. The serious film fan buys DVDs or Blu-Rays with localisations of films from Bollywood, China, France and Africa.

Now imagine if Microsoft made a Blu-Ray player that would only play blockbuster films made in America? Just how many actual hardcore film fans would buy that Blu-Ray player, even if it had the best set of hardware features of all Blu-Ray players?

This is the problem that Microsoft faces in the games industry. Microsoft tried to finance Japanese game development with the Xbox 360, and was even able to produce some critical hits like Lost Odyssey. But those critical hits didn’t convert into commercial sales, particularly in Japan, and the Xbox 360 really struggled there. With the Xbox One, Microsoft has given up on financing Japanese games at all, and has even cancelled the one Japanese game of any profile that it was bankrolling – Scalebound. As a result, the Xbox One is selling even more dismally in Japan. And, as a result of that, Japanese publishers have completely abandoned the platform. Those few Japanese games that get a release across both PlayStation 4 and Xbox One are those that have major traction in the west, such as Final Fantasy XV. Those games that rely more heavily on domestic sales in Japan – Persona, NieR, the niche games from Koei Tecmo and NISA – are not released on Xbox One, because there’s simply no point to doing so.

Now, it must be said that Microsoft’s heartland in America is sheltered somewhat from this problem, because to Americans what Microsoft produces – and what the Project Scorpio is likely to specalise in – is domestic content to Americans. In America, the Xbox One regularly tops PlayStation 4 in sales figures. Outside of America, however, it’s not even close. We’ve already mentioned Japan, but in Europe, too, the PlayStation 4 has an unassailable lead; there are places when Sony enjoys near total dominance.

Meanwhile, as Microsoft hones its energies on Project Scorpio and producing more of the same that was on the Xbox One, just with more detail, Sony’s hardware investments have shifted to technology like VR, where there is serious interest throughout Japan and Asia. The PlayStation VR may have sold “only” a little over one million units to date, but this is new technology yet to move past the early adopter stage, and Sony considers that number to be a major success – so much so that it is looking at broadening the hardware beyond the living room by putting it in amusement parks and shopping arcades.

Here, too, we see a difference in approach. To Microsoft, it’s doubling down on the tech specs and promises of what it will do for American blockbuster gaming. It’s notable that the company decided to announce tech specs before showing off any games, because to Microsoft there’s no need to show off games; everyone already knows what they’ll be getting on it. There’s no way Microsoft will be investing in publishing Japanese games. There’s very little indication that the company will go to the lengths that Sony, and even Nintendo, are going to to engage with indies. Gaming to Microsoft is Halo, Gears of War, and partnerships over the likes of FIFA. Sony, meanwhile, is leveraging hardware in a software and experience-focused strategy. To Sony, what is important is a variety of experiences, played in a variety of ways, and applicable to a wide range of different consumers, from all over the world.

If Project Scorpio is to reverse the decline of Microsoft as a force in the gaming industry for anyone aside from the “dudebros”, then it is going to take the company some years of hard work, as Sony found itself having to do after the initial launch of the PlayStation 3 proved to limit its audience, despite being the most powerful thing on the market at the time. There is no indication that Microsoft has any appetite for doing that, however. The company should be laying down the groundwork now, and instead it’s telling us that its idea of “core” gaming is Halo in higher resolution.

The DDNet debate: Persona: why we play it, what we love about it, and why Risette is a goddess