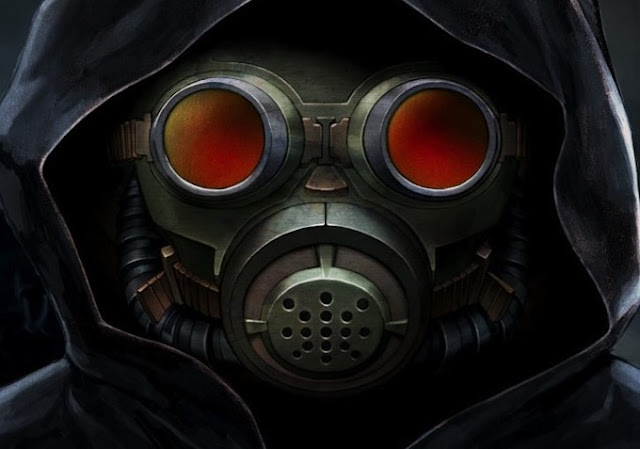 It’s been a good couple of weeks for super-smart visual novels. On the one hand, you’ve got Danganronpa 1+2 Reload. It’s bright, it’s colourful. It has sexy anime girls and awesome anime guys, and even a cute mascot character. Sure that mascot is also a psychopathic monster (or, at least, the person controlling him is), but he’s cute nonetheless. Danganronpa is abstract in the extreme, and on the surface not something you would ever expect to take seriously, but it proceeds in such a way that the horror is all the more heightened when those super colourful and sexy characters start killing one another in a desperate bid that they themselves may survive.

On the other hand, and by the same development house, you’ve got The Nonary Games, which is also a compilation of two games: 999, and Virtue’s Last Reward. These games occupy much the same ground as Danganronpa, but they’re grounded in a grittier sense of drama and horror. Gone is Danganronpa’s delightfully “evil” Monokuma, voiced by the same actor behind Japan’s favourite childhood cartoon hero, Doraemon. Instead we have villains who look like they’re pulled straight from the SAW franchise; in 999 the gas mask-wearing antagonist even goes as far as to say “you are going to play a game.” It’s that dark.

Furthermore, the highly abstracted blood and bloodletting from Danganronpa, where blood was coloured pink and was somehow the more disturbing for it, is in these two games a far more realistic shade of crimson, with the developers going for an earthier, more sickening effect. In fact, the best way to think of the two titles in Nonary Games is as a bridge between the extreme horror of SAW and the more psychological fear present in Danganronpa. But despite those differences, these three works of art all share something similar; they explore the same basic psychological theme, and are potent, intelligent, and brutal in the way they do this (note: I’m talking about the original SAW here. The sequels took the series to some very silly places). 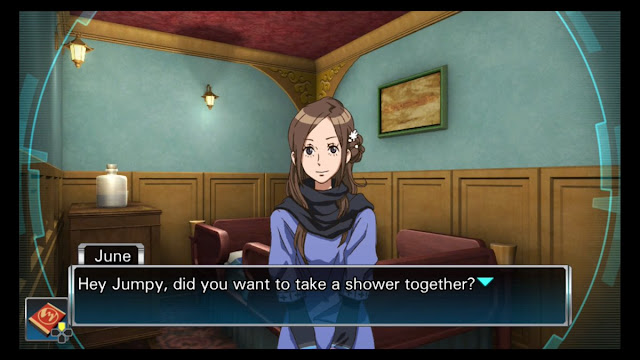 As with its stablemates, in both 999 and Virtue’s Last Reward, you play as one of a small group of characters who find themselves trapped in a small, enclosed area, and tasked with finding a way out. Similar to SAW, in these two games the characters are given a series of deadly challenges to overcome; challenges that test their mental capabilities, but also challenges to their moral core. For if there’s one thread that weaves all these titles together, it’s that they all act as explorations of various concepts around game theory.

Game theory is an economic philosophy that attempts (and almost universally succeeds) in describing the behaviour of people when working in a competitive environment. It’s best summarised with the thought puzzle video below, looking at the choices that two criminals would make if they were caught by police, put in separate rooms, and given the choice to confess, or not confess, with the amount of time they get in prison being dependent on what the other one does:

We see in 999 and Virtue’s Last Reward that there is the constant tension between the protagonists to work in their best interests, or work towards the health of the whole group. Game theory makes some fascinating predictions about how people will respond to an extreme game in which lives are on the line, and as you can probably guess, even when there’s a better outcome overall (or, more specifically, minimal suffering) for everyone when the group works together, the potential for an “easy” win or escape with no suffering whatsoever is impossible for some to ignore, even when the potential consequences for the rest of the group are dire.

Game theory explains a lot of things that happen in the real world; how wars are fought, how diplomacy and business is conducted. Exploring that same theme, in a very abstract manner, games like 999 and Virtue’s Last Reward do a better job of exploring humanity and morality than many games that aim for a far more realistic depiction of character and far more visceral action; you’ll learn more about the motivations behind America’s foreign diplomacy from the two games in this package than Ghost Recon Wildlands will ever teach you, and you’ll not even realise you’re learning as you do it. Then when you do that economics degree you’ll have an excuse to play The Nonary Games all over again. Win!

It’s not all academic, mind you. As with Danganronpa, the two titles in The Nonary Games are so very accessible, because, as predominantly visual novels, they’re written with real panache and wit, and you’ll love the characters (or, at least, love to loathe them), and you’ll connect with what they’re going through – even if you’ve never been locked up by a criminal mastermind and forced to play games of life and death yourself. This is where the visual novel format has a real advantage over cinema and films like SAW. As good as SAW is, the characters of necessity need to be symbols of one vice or another, and there’s not much room to develop their characters beyond the typecast. In The Nonary Games, each character is developed to a far greater degree, and because we get to know them, the impact of what happens to them is greater – and some of them have a very bad time as they play along. If I’m being picky I will say I like the Danganronpa characters more, but that’s likely as much because of my aesthetic preferences than the writing itself. Either way, both Nonary Games titles offer memorable characters and a near-perfect grasp over timing.

In between the extended story sequences, there are puzzles to solve, too, and these puzzles are meticulous. Danganronpa’s key gameplay mechanic was the court scenes, where you needed to sift through clues and figure out which of the cast was guilty of killing another person. Truth be told, it’s not that “gamey” and generally not memorable stacked against the narrative itself. The Nonary Games, meanwhile, regularly throw escape room puzzles at players, and these are both “gamey” and very memorable. As with any escape room, success relies on players searching a small, enclosed space for clues and riddles, and then using those clues and riddles to access additional clues, which eventually lead to a single key – literal or metaphoric – that gets them out of the room. 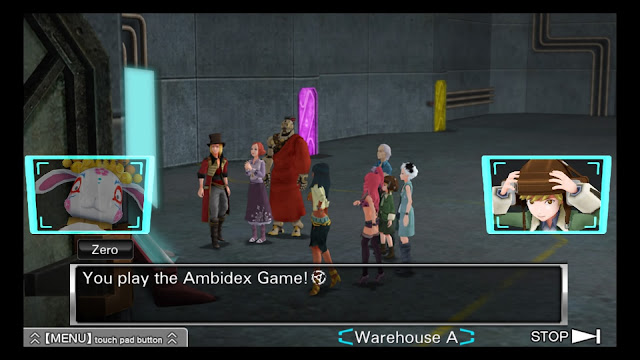 I will say that I’m quite good at puzzles. Not quite as good as my brother, who is some kind of savant and has never had a puzzle stump him for more than a few minutes, but I’ve got a naturally logical mind which has allowed me to be quite good at Chess, Go, and other logic-based games over the years. Piecing together the solutions to some of the escape rooms in these games has left me scratching my head at times. In fact, while it was my first time playing through 999 with this release, it’s my second time through Virtue’s Last Reward, and some of the rooms were complex enough that I got stumped all over again. As with the best puzzle designs, however, even when I was really struggling I never felt that I was outright stuck, and that all I needed to do was concentrate a little longer in order for the solution to present itself.

Rounding out a superb package is the art. Impressively – given that it was originally a title on the humble Nintendo DS – 999’s art looks stunning blown up on the big screen. Characters are detailed, and the quality writing is enhanced by the minimalist but highly effective animation. Virtue’s Last Reward was already the best looking game of the trilogy, and it similarly makes the jump to the big screen nicely. While I prefer Danganronpa’s bright, colourful (and therefore oddly sinister) art more, the actual job of porting The Nonary Games is clearly superior, with less artifacting and better detail in the characters and environments.

I like games that are able to explore serious ideas in an entertaining and subtle fashion. If you weren’t aware of the academic weight that drives the two titles in The Nonary Games, you wouldn’t be missing anything. It’s not essential to understand how game theory works, how it explains human behaviour, and why that’s all relevant to the deeper themes that 999 and Virtue’s Last Reward explore. If you want to take it, simply, as a cracking series of visual novels with sublime puzzle design, you can do that. But, if you’re like me and do take game narratives seriously, then these two are right up there with the best in the industry, and sticking them together into a single package makes them completely essential.