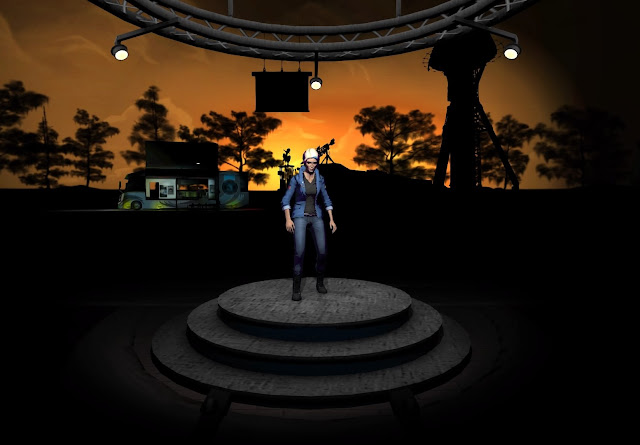 Knee Deep is a title that treads a fine line between a visual novel and an interactive drama. Its selling point is that the narrative is presented as a stage play, which suits the story itself as the game spins a tale of a washed-up actor’s suspicious suicide in the small Floridian town of Cypress Knee, and the quest for answers as to how this happened by three complete strangers.

The game itself is told beautifully in set pieces built for stage. Scenes change as the lights go out and the set rotates, and props help build authenticity further, such as projector screens that show what a character is typing on their phone are commonplace throughout. Characters also construct the narrative by announcing their thoughts to the audience by walking to the front of the stage and delivering a soliloquy. Audience members even react appropriately to what’s happening in the scene. Even director choices before the acts where it lets you ‘check your phone’ or ‘eat popcorn’ was a nice touch. I found this approach to be very refreshing, considering most games of this variety tend to play from the blockbuster TV show playbook rather than other mediums.

So Knee Deep contains three acts, and throughout these acts, we are introduced to playable characters Romana Teague, Jack Bellet and K.C. Gaddis. Progressing through the stories has the player altering characters when the story allows it, rather than swapping them whenever the player wants to. These characters have their own personalities and backstories to begin with, but Knee deep allows the player to tweak them somewhat. 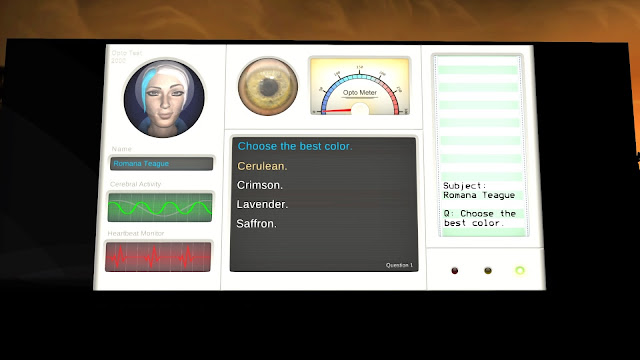 This begins to happen early on in the game, where Romana is to publish a story for her blog entitled “Fanrage”. The player sets what kind of human being she is by deciding whether she wants to publish an inflammatory story of the deceased actor, an edgy story that amounts to clickbait, or a cautious story that plays it safe and remains somewhat respectful. The player later on then makes a choice whether or not Romana takes the blame for a scandalous article published in her blog that angers all the wrong people. These choices the player makes to shape the protagonists oftentimes sticks with the character as well, with many future dialogue choices referencing decisions made earlier. It goes further into “permanent choices” in games than many other interactive drama games even dare attempt, and puts more responsibility on the player as a result. The choices don’t alter the overall narrative itself, but certainly alters the attitudes of the characters themselves.

On the flip side of the coin, there are unfortunately moments within the game where the dialogue – and choices – fails to hit its stride. Some of the choices able to be made include “say something strange,” at which point the character will say something completely unrelated. The other characters don’t miss a beat and continue on the conversation as if nothing jarring was just spoken. This game reveals fundamental weaknesses in giving players choices over dialogue in interactive games. It is, indeed, quite difficult to weave player agency into dialogue and keep an authentic flow to conversations.

As the game progresses, the characters find clues around town, and these are used in writing stories (based on the occupation of the current character). Picking a different clue results in a differently written story, and adds another layer onto the inflammatory/edgy/cautious decisions being made as well. These published articles will also affect how other characters in the game perceive the protagonist. If Romana wants more information from someone close to the deceased, she’d better not write anything too edgy or inflammatory about him. However, if she does write something hardcore, her editor will be pleased due to the clickbait nature of her article. All in all, this kind of emulates the current integrity of many publications of this day and age! These alter depend on the current character, as obviously you will not find a reporter or private eye writing blogs, but the overall idea remains the same. 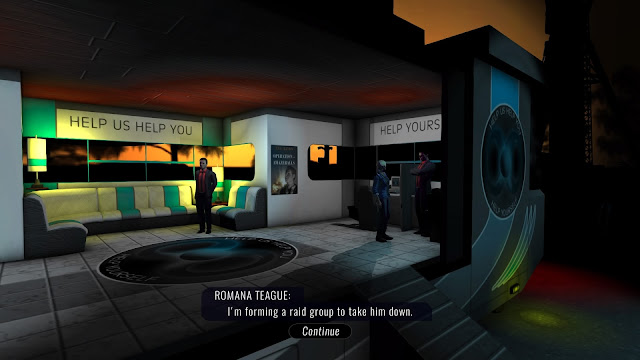 What I do not understand about Knee Deep is why this mechanic was pretty much dropped for the final part of the game. There was a narrative choice behind it, though, without giving anything away, it was far too arbitrary to me particularly enjoyable.

The game itself is not very long in length (also perhaps deliberate, as you’re never sitting in the theatre for ten hours for a play either) and normally I don’t use this as a detraction from a game, as long as it uses the time wisely. In this short length of time, the narrative crams as much as humanly possible in order to cover everything. It does come across like a whirlwind at times, and makes you wonder how you came so far in so little time. There is even a point towards the end of the game where it’s expected that all questions will be answered, except they’re not. I’m so frustrated from not being able to find closure on one aspect of the story that it will surely haunt me for the immediate future.

All in all, Knee Deep isn’t a terrible game, nor is it as ground-breaking as it wants to be. It definitely gives a unique spin on the interactive drama genre, and it does tell a somewhat dark, noir inspired tale. Folks who approach this as anything other than a slightly more interactive Visual Novel are going to be disappointed, though, and given that it was more pitched towards adventure game fans, I think there might be a few people that are disappointed with their purchase here.

Hands-on with Tekken 7; fans will love it, also it has an awesome Arab character