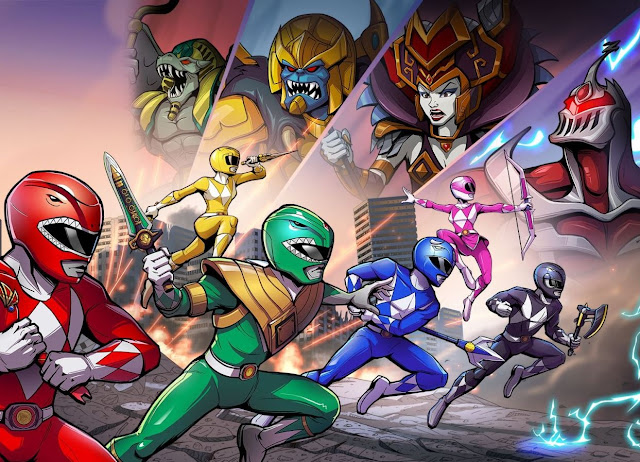 It’s 1993. A new TV show launched, timed with when the kids got home from school. A show featuring five teenagers with powers to fight evil, using martial arts and giant robots. It just didn’t get much better than that. I was eight at the time and I’m now 31. Power Rangers is seeing a cinematic reboot, and the newest game goes back to the start of it all, with the original five rangers remaking their debuts, before even the introduction of the sixth. There’s a lot of nostalgia wrapped up in the game for those who remember the show from when they were eight years old, however nostalgia can only carry an experience so far.

Saban’s Mighty Morphin Power Rangers Mega Battle is a side scrolling brawler in which up to four players can join up to fight Rita Repulsa and Lord Zedd’s Putty Squads, as well as other minions. Starting from the very beginning our heroes will obtain their powers and learn how to use them in order to save their hometown of Angel Grove. Alongside these powers that each character has for themselves are giant robots that the Rangers can summon, and that come in the form of prehistoric animals that allow the rangers to take on the really big enemies.

At first the game felt promising. After a short into, the cast obtained their powers and it was time to start fighting things. For the first few portions the nostalgia factor carried a lot of weight. Pick your character, morph him or her from human into Power Ranger, and defeat the evil that is invading your town. Sadly it doesn’t take long for a the imbalances in the gameplay to set in, and beyond that, what is in the game is very vanilla and doesn’t do that much to differentiate from the many, many other quality brawlers out there. 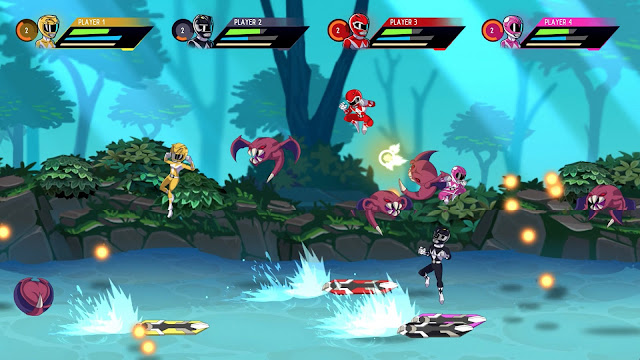 From start to finish there are six available stages that each contain three segments. Each stage throws enemies at players, which need to be defeated by either using normal attacks, heavy attacks, or throwing them around. Once all the enemies in an area are defeated, the player can move on to the next horde of enemies. See? Very standard stuff.

Most modern brawlers then take things to the next level in order to keep the player interested. But not this one. Oh no, it’s a base-line as the genre gets. Worse, gameplay feels a bit slower than it should and there’s not much by way of enemy variety. Even though the Putty Squad enemies change colour from time to time, their attacks all feel rather generic and there’s no real effort that needs to be put in from a player’s perspective to defeat them. Special enemies can come into play but they too are essentially one trick ponies and don’t take long to figure out either.

And while narrative was never a focus of the Power Rangers franchise, there was plenty of humour and the occasional high school-style drama that the characters also went through. Very little of the game reflects that side of Power Rangers, leaving the overall package feeling even more limited. The formula is that the Rangers fight the minions of evil, then they face off against the boss of these minions, and then once that’s done either Rita or Zedd will use their powers to make the aforementioned boss monster grow to giant size. At which point the Power Rangers get to break out their own giant monsters; and this isn’t nearly as much fun as you’d think it would be, thanks to some dull giant robot combat controls. 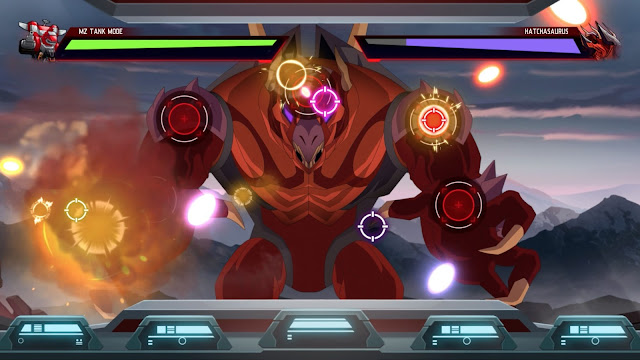 The giant robot battles involve pressing the button sequences fast enough to yield a charge up bonus to perform a heavy damaging attack against the boss. Doing these too slowly, meanwhile, will lead to a button mashing tug of war, which, if you lose, results in your giant robot taking damage. It’s all far, far too easy. Even by the sixth stage I had to mess up on purpose to see what actually happens when you fail. And then, that’s it. Game over.

While I appreciate the idea behind making a Power Rangers game that taps into nostalgia, I can’t help but feel that the Power Rangers property can – and should – do far better with the brawler genre.