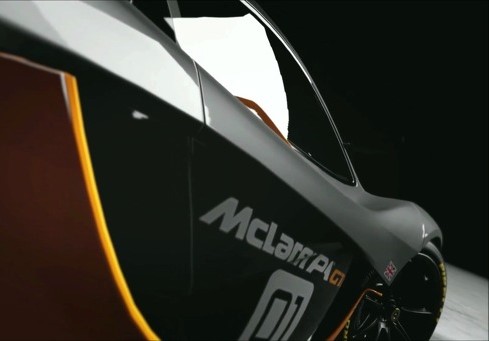 Project Cars was one of my favourite racing games in recent years. It was a brutally realistic simulation of motorsport racing, which meant it wasn’t for anyone, but the precision and skill that it took to be good at Project Cars made it the right kind of challenge. The kind of challenge that you could easily spend months trying to master, and not regret a second of it.

With so many games in the genre angling more towards accessibility and displaying cars that look so good on the track that it can only be called “car porn,” it’s perhaps not surprising that a game that focused more on the driving than the aesthetics found itself a home among people who like their racing seriously. Not that it was an unattractive game, but it was clearly the product of a team that didn’t have the resources of Codemasters, Sony, or Microsoft. So, equally, I’m not surprised that there’s a Project Cars 2. I’m glad there is, though, because based on some brief hands-on time I’ve had with it, this game is a step up from the original in every way, and, assuming development continues along at this pace, will be a genuine contender for being one of the best racing games ever made.

To get the basic bits out of the way first; Project Cars 2 has all the customisation options that the original had (and was well-loved for). You can set a race to have a marathon number of laps if you want, and then have it transition through all kinds of weather conditions; if you want, you can have a race start at midday, then slip and slide through an afternoon downpour, before switching on the lights to finish the race out after nightfall. There will be more cars and more tracks this time around, leading to a near-infinite range of possible ‘scenarios’ to power through.

Where there’s a big upgrade is in the graphics and art. Project Cars 2 is a truly gorgeous game, where the original was often more functional in tone. Now it looks more like a racing game developed by an experienced team, rather than a Kickstarter darling pulling things around for the first time. This is one that I hope has a really good screenshot mode, because, well, Hatsune Miku might just have some competition to fill up my PlayStation 4 hard drive once I get my hands on this.

These cars feel so, so good on the track. I spent a lot of time mastering the original Project Cars, so stepping into Project Cars 2 felt immediately comfortable, though there seem to have been some changes made in order to improve the precision and accuracy of the racing even further. While I’ve never raced real cars in my life, I’ve driven enough (and done the occasional go-karting) that these cars responded to high speeds and sharp corners exactly how I would expect them to in real life.

And then I tried the ice racing;’ a new feature to Project Cars 2. For those who aren’t in the know, ice racing is a real thing in the freezing north of Scandinavia and the likes, and, just like in rally car racing, competitors try to hoon around a course as fast as possible. The difference is that you’re driving on ice. And that is up there with the hardest things I’ve ever tried to do in a game. With almost no grip on the surface, cars oversteer and slip and slide around like crazy. This is a new mode for Project Cars, and I just know that, come release, people are going to get so hooked on recording or streaming some truly incredible feats in achieving fast times in ice racing, because getting really good at this is right up there with challenges like doing a nude run through Dark Souls.

The inclusion of ice racing shows that the developers haven’t rested on their laurels and allowed the critical and commercial success of the first Project Cars get to them. Project Cars 2 looks to be a genuine enhancement and improvement over the original in every way, and this is, therefore, a game that racing fans should be really looking forward to.

Hands on with Get Even: Bandai Namco’s surprise of 2017?