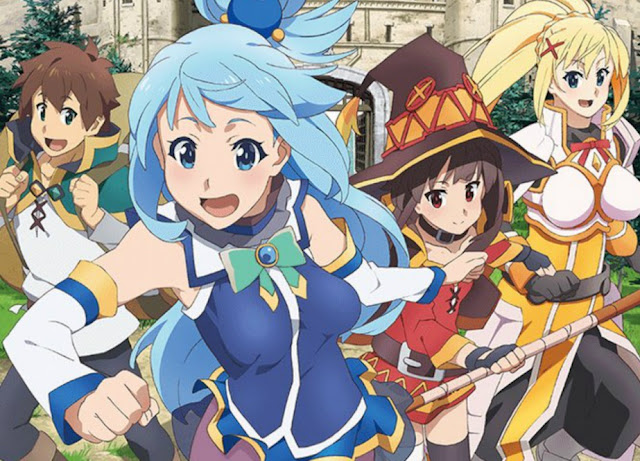 2017 is gearing up to be a remarkable year for anime. Revered shows like FLCL, Attack on Titan, and One Punch Man will be returning, not to mention the possibility of Code Geass and Steins;Gate at some juncture.

Perhaps “gearing up” is too unenthusiastic a term, though, since this season alone is already decked out. Indeed, the winter boasts two highly anticipated sequels in the form of Gintama and Blue Exorcist. In the interest of not drowning you in a sea of follow-ups that require prior knowledge, though, I’ll be highlighting four promising new shows. The fifth, I must confess, is a continuation but surely you’ll forgive me due to its quality. 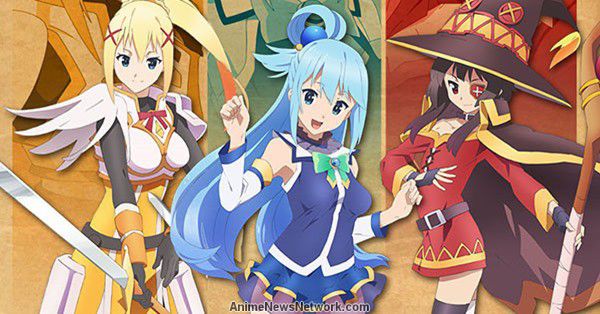 It seems every anime season requires a show where the main character explores some alternate, fantastical reality. Standing out from mega hits like Re:Zero and Sword Art Online, KonoSuba puts a comedic spin on all the scenarios you anticipate from that formula. The results are truly mirthful, underscored by one of the most dysfunctional yet charismatic RPG parties depicted in anime. Heck, it actually has a surprising amount of direction for a show of this nature. While obviously familiarity with the previous season is a prerequisite before touching this, the good news is that you’ve only got 10 episodes to catch up on and those are widely available for streaming. KonoSuba is hardly an epic saga or the next big tearjerker, but it’s a guaranteed laugh. 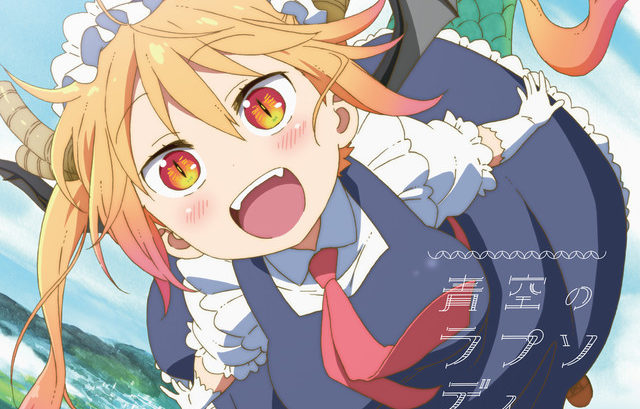 “Cute girls doing cute things” is another seasonal anime staple, but Miss Kobayashi’s Dragon Maid looks to inject an intriguing shot of fantasy into the proceedings. The premise is simple enough. Touru, a dragon with the ability to transform into a young girl, is rescued by a run of the mill white collar worker. Despite feeling a sense of racial superiority towards humans, Touru becomes enamoured with her saviour and takes up residence with her. The show’s cast is a grab bag of both mythological creatures and humans, which should pave the way for creative comedic opportunities. As initially charming slice of life shows can quickly run out of steam, though, let’s hope this one doesn’t wind up dragon on. 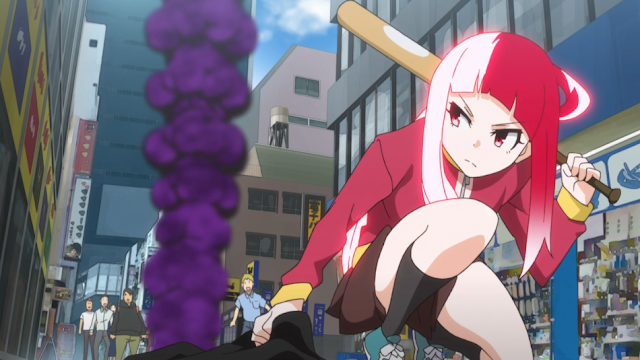 It doesn’t faze me that Akiba’s Trip is getting a TV adaptation, what with the appetite for fanservice in the anime community that has manifested itself as recently as the controversial Keijo. What does perplex me is that this show’s English dub featuring the likes of Christopher Sabat (you know, just that guy who voiced Vegeta and Piccolo in Dragon Ball Z) is apparently in such demand that it began airing mere minutes after the Japanese broadcast. Tangent aside, this one is going to be an over the top romp where the protagonists must combat evil by exposing human skin to sunlight in sometimes…”provocative” manners. Yes, that means stripping off their various articles of clothing. Having said this, Akiba’s Trip was exceptional in that tended to lovingly poke fun at otaku culture more than revel in exploitation for the sake of it. The show will seemingly feature a different cast than we’re familiar with, but perhaps it will still be able to recreate the distinct atmosphere of Akihabara that the game equivalents delivered. 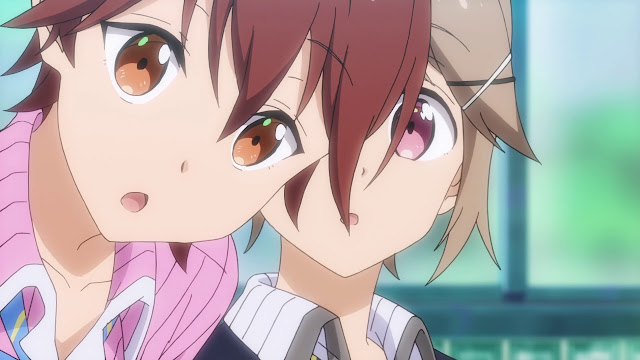 As Joe Elliott would say, love bites. After being spurned by a wealthy lass in his younger years, Masamune Makabe harnessed that pain of being insulted and converted it into fuel to better himself. Now enrolled in high school, he’s intelligent, drop-dead gorgeous, and…decidedly vain. After discovering the girl who inadvertently changed his life happens to attend the same facility, Masamune decides to exact his titular revenge by steadily building a relationship with her for the express purpose of breaking her heart. Masamune-kun’s Revenge has a more sinister take on your typical romantic comedy and its strong, plot-driving character motivations are rare. Because the protagonist has a moral compass despite his transgressions, there’s some extra suspense as to whether he’ll actually go through with his plan too.

Saga of Tanya the Evil 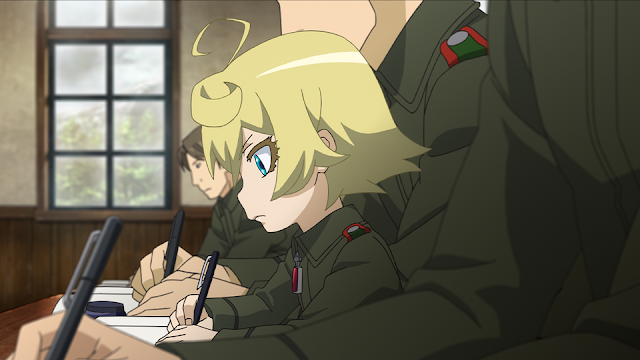 Think of the most rugged, ruthless anime character you can. Now place their personality in the body of a nine year old girl with a lisp and you’ve got Saga of Tanya the Evil. Punished by a deity for a lack of reverence, a bitter employee is reincarnated as a child in the army. Now christened Tanya, she seeks to avoid eternal damnation by working her way up the military ranks. If it sounds wacky, that’s because it is, but that doesn’t inhibit the story from taking itself oh so seriously. As the show is based on some particularly dense light novels, it will obviously wage an uphill battle trying to adapt that material into a shorter anime. Nonetheless, how the studio chooses to tackle the challenge might be as fascinating as Tanya’s journey itself.

What are you watching this season?

This week on the DDNet Podcast: Going hands-on with Nintendo Switch, and talking about Fire Emblem and censorship!