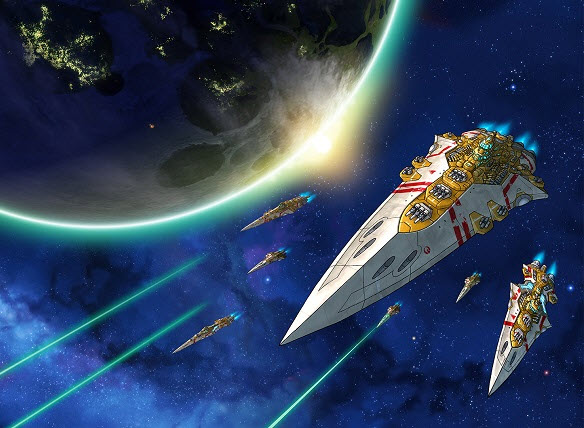 While 2016 had a great many memorable games, one genre I found myself frustrated with was the 4X science fiction one. There were several solid fantasy themed strategy games, and of course Civilization VI, but I found myself greatly underwhelmed by sci-fi titles, even those with an outstanding pedigree such as Master of Orion. So to say I was pleasantly surprised by Stars in Shadow would be quite the understatement. 4X fans have a game that kicks off 2017 in grand fashion.

It is almost impossible not to compare this title to the Master of Orion games. Last year saw the latest game in that series release to generally positive reviews, and my own experience with it during the beta was solid if unspectacular. There were some good design choices along the way, but the title was very redundant – it was too much of a homage to the original series and did not offer up enough originality for my liking.

Stars in Shadow is clearly built with classic 4X strategy titles in mind. You pick a race, you start off small on a randomly generated map, and you go about trying to find the winning balance between combat, diplomacy and advancement. It all feels very familiar and welcoming to fans of the genre as you settle in for the delicate management of systems that comes to follow. There is spectacular balance overall between having to grow both your fleet of ships against that of improving your economy and technology. I could quibble that the weakest portion of this balancing act is the diplomacy, but that is a feature that is outright broken in many 4X titles and here it is at least handled somewhat uniquely through an ‘influence points’ system. Basically these points are accrued by performing diplomatic choices such as offering aid to another faction. You then spend these points to influence other decisions, such as keeping the peace with one of your neighbours. 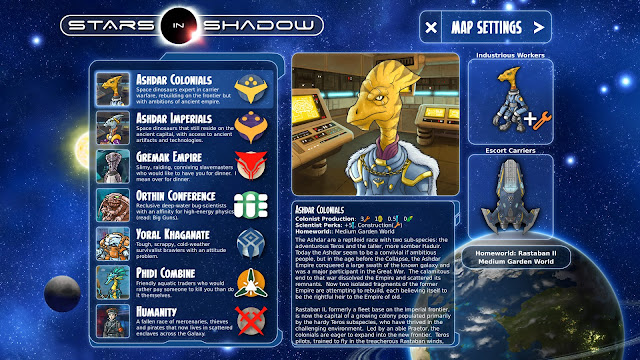 What is most impressive is that while there are a few glitches here and there, Stars in Shadow is actually a very polished overall effort. The art style has a brightly coloured almost cartoon aesthetic that gives a retro vibe while still clean enough to be considered modern. The music is a little different for the genre, with a bit more tempo to it than the often vast, minimalist soundtracks that generally populate the genre. This being the first release by Ashdar Games, it is nice to see a 4X space title with greater polish that some of the recent bigger name entries out there.

There are some technical nuts and bolts that do hold Stars in Shadow slightly back that are worth noting. The race selection is solid, but you won’t find options to create a custom one. Video options were rather limited as well, which was somewhat frustrating. The on-screen text can be somewhat small, and for some reason this title just did not want to play nice with my video card (a GTX 1080), causing the game to sometimes blink in and out if I played it in fullscreen mode.

However, if you move past those hurdles and do not mind the rather ordinary beginnings, Stars in Shadow shows itself to be a really solid experience that starts with the different races. They have varying perks, as one would expect from a game of this nature. But one of the things that sometimes bums me out with the 4X genre is its almost complete lack of storytelling. While Stars in Shadow does not go so far as to offer a full narrative, there are some really nice lore tidbits sprinkled throughout the game, and a lot of it starts with the various races. Even the typically good-at-all-things, great-at-none humans have a slightly different twist. I admit that I often gravitate towards humans at first in games like this simply because they are familiar and I know what to expect. 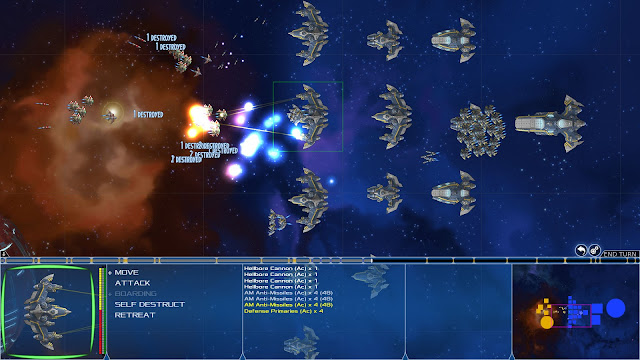 Here though, humans actually have a tough go of it instead of their usual propensity towards being the ‘easy to learn with’ race in most games. They start the game with an extra colony ship with lots of colonists, but humans are the only race without a home world; in this game they are represented as a race of refugees. There is a somewhat middling level of depth to actual building and colonisation on planets, but to the title’s credit, planets themselves are rather unique. More than just a set of elements or weather conditions like in so many other games, planets have their own indigenous life, which can really can impact how your technology and research advances or even how easy it is to defend. The different races all have their own quirks that make their reactions to your arrival interesting.

Where I enjoyed Stars in Shadow the most however, is the turn-based combat. Again the word ‘balance’ comes to mind, because it scales so well over time, but there is a sharp tactical system at its heart. You can advance ships in a variety of different ways, focusing on the types of weapons and armour sets you will slot into it. You can run with a perfectly functional out of the box auto design option as well, but overall ship design is easy to do and actually a good deal of fun. Early on when you have fewer ships to work with, you can be as hands-on as you like. However, as your fleet expands and your solar empire occupies more space, the ability to relay orders to multiple ships easily makes for an experience that does not become overly complicated. It creates a solid gameplay loop that never becomes too bogged down in the details and this streamlined approach shows up in combat as well as overall colony management.

The AI is clearly artificial, but you know what? I’ve dealt with a lot worse, and in this game the AI does generally respond in an appropriate fashion to the kind of threat you are putting together. If you grow your fleet in a specific location, odds are your neighbours will respond in kind. Easier difficulty settings can make some pretty questionable decisions, but all in all your AI opponents don’t embarrass themselves. This is a good thing since there is no multiplayer option for those who require that from their 4X titles. 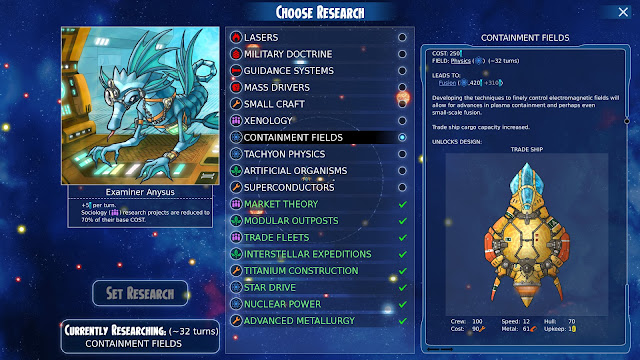 Related reading: Want to experience a 4X game, but only have console? Worlds of Magic is not a bad option. Matt’s full review.

Stars in Shadow is a really solid strategy title, and that it comes from a new indie team makes the title’s accomplishments all the more impressive. However, this is a game built by a small team and there are some technical hurdles, a lack of multiplayer and a simple presentation that hold the game back slightly. The different parts of the game are well balanced against one another, with different types of victory and multiple ways to get there.