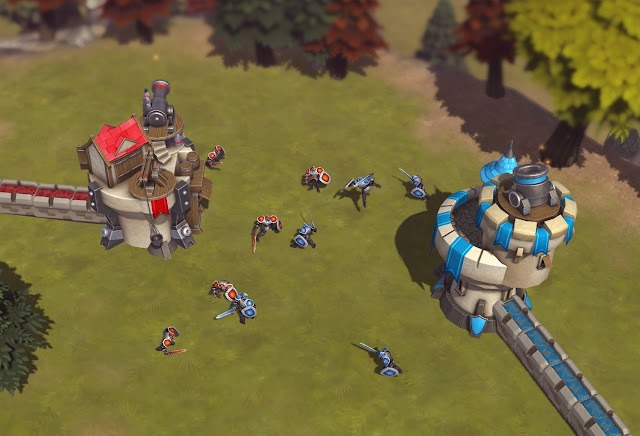 I’ve always felt that Worms Forts: Under Siege was a game that deserved to be remembered better than it has been. Or just remembered at all. One of the most unheralded games ever in Team 17’s particular franchise, I never thought we’d see a game quite like it again. And then the Aussie developers and Blowfish proved me wrong and created Siegecraft Commander.

Related reading: This game is most similar to Worms Forts: Under Siege. Matt looks back at the game here.

Worms Forts: Under Siege tasked you with building up a little fortress by creating turrets stretching out from the main fortress. Each turret would be connected back to the last, forming a web of walls and turrets that slowly stretched outwards. The strategy for winning was to get deep into your opponent’s territory and destroy the turrets behind the front line. Any turret that wasn’t able to link back to home base (by having a turret that connected it to the base) was automatically destroyed. One good shot was enough to wipe half the other player’s turrets off the map.

Worms: Forts did all of this is a slow, methodical, turn-based fashion, and games could run on for hours as a result. Siegecraft Commander instead makes the action real-time, and games are over far more quickly.

Siegecraft. This is me playing badly. >_> #PS4share pic.twitter.com/7jc94V5Sdh

Each side in the battle has access to a handful of different turrets to build, and these all have different effects. Some spawn little soldiers that make their way over to the enemy base to attack. Others allow you to fire explosive weapons at the enemy. Still others are defensive, such as the mortar, which automatically locks on and fires shells at the aforementioned soldiers. This action all takes place from a top-down perspective, a little like the strategy games of old, and while it’s not the most visually exciting game out there, there’s a pleasant cartoon aesthetic that’s completely inoffensive and enjoyable.

Your role in it all is to aim the projectiles. For the most part this means that you’ll be determining where to set up turrets by swivelling a little pointer around, determining how powerful to make the shot, and then firing out a chain. Where the end of the chain lands, a new turret is born, and you can then fire from that point. You’ll also need to build those barracks, mortars, and other objects, and arrange them in such a way that there’s good defensive coverage so that it’s not too easy for the other side to break down the supply lines back to home base.

Because the game plays in real time, you need to be surprisingly quick with the fingers at times. There’s a countdown for most buildings and abilities before you can use them again, but the countdown for the standard stuff – the explosive projectiles that you fire off your own turrets to attack the opponent – are available again in no time at all. Built principally for PC, the game assumes mouse pointers for control, and actually aiming the projectiles in the heat of battle can be a little too twitchy on the PlayStation 4’s DualShock controller for my liking. 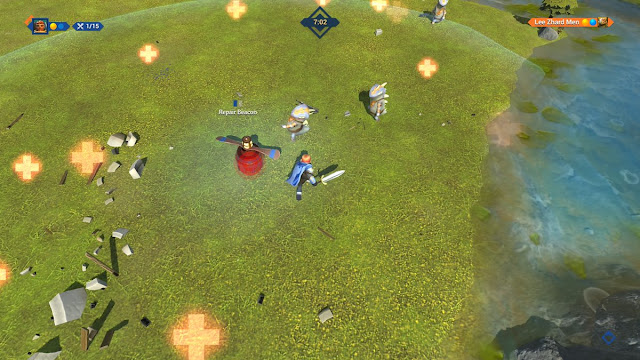 This becomes a greater issue in the multiplayer, which is cross-platform with PC. Of course, those PC players have an advantage, and while you can turn the cross-platform option off, and have the matchmaking search exclusively for PlayStation 4 players, this is an indie game of a small enough scale that you’re going to need exposure to a large player base to get a match going at all. It’s a pity that it is hard to get games going, because I do think that I’d get into Siegecraft’s multiplayer. There’s even a turn-based multiplayer mode, which really makes the game feel like a riff on Worms Forts.

The multiplayer is important for the game to have any kind of longevity, too. There are two separate single-player campaigns – one for humans and the other for the enemy lizardmen – but both sides play like one another and are over quite quickly. There’s a narrative, too, but it labours far too hard to be funny for its own good.

For all these issues, what really ends up holding Siegecraft Commander back is its limited range of strategic options. There’s only a handful of buildings, and within that, most of the buildings have highly specialised uses that make them applicable only in a handful of scenarios. For the most part you’re going to find yourself building chain after chain of turrets, and as pleasant as that is, it doesn’t make for long-term value. 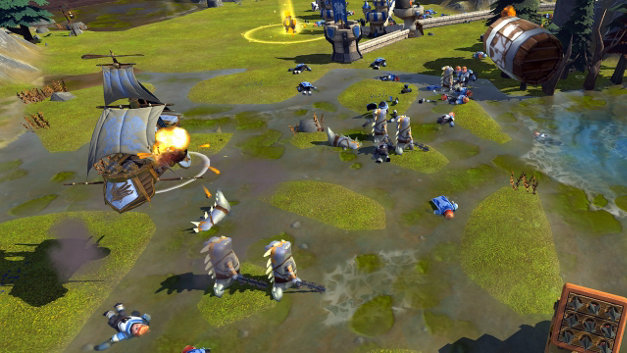 If you were to think of Siegecraft Commander as a proof-of-concept, then it’s a mighty fine one. In the tradition of Worms Forts it’s an intriguing base-building strategy game, and the real-time nature of it solves one of the bigger issues of Worms Forts: that it could be bogged down to almost stalemate, making games drag on for ages. That being said, the game does need a lot more than what it’s offering, and as with all indie games, I wonder about the wisdom of making the game so heavily reliant on multiplayer. When players have to wait around for however long just to get a game going, they’re just as likely to go and play something else instead.