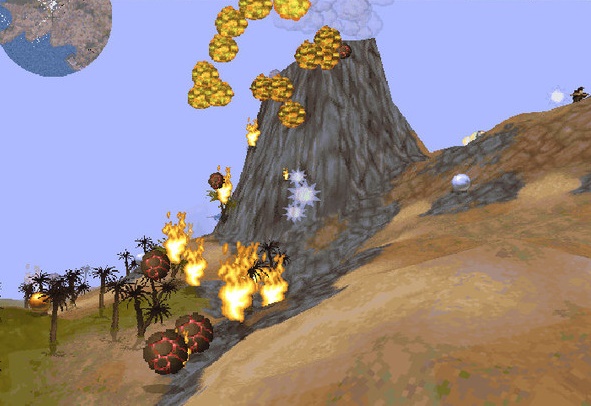 My family generally ends up playing a fair few games over Christmas. Not just video games, mind you, but board games too, and as a bonding experience it’s hard to go past either. I have unforgettable memories of intense games of everything from the classic board game, Power Grid, through to Boom Street (Fortune Street) on the Wii, the Buzz quiz game on PlayStation 2 (we really need a new Buzz game), and I’ll never forget the howls of anger and laughter my brothers and I had over perhaps the most intensely competitive game we ever got; Super International Cricket on the SNES.

This year we got stuck right in to Keep Speaking And Nobody Explodes; a VR party game in which one person can see a bomb through the VR goggles, and the other players (who can’t see the bomb) need to communicate with the VR goggles player to tell him/ her how to disarm the bomb (because they have the bomb defusal manual which the VR goggles player can’t access). In the same vein as charades and Pictionary, it was a true party game of the highest order, and I can’t recommend it enough to people that do like to play local multiplayer games.

It got me thinking back to other games that I played as a kid with the family, and one that really stood out was Magic Carpet. It’s not a game that you’d think is a multiplayer experience (though it had a multiplayer mode via LAN, back in the heady early days of networked computer gaming, I never did play it in multiplayer), but I have very fond memories of my dad and I playing that game through from start to finish, in the single player game, by sharing the controls.

I took control of the movement controls; in Magic Carpet you played as a wizard on a magic carpet (shocking, I know), and would fly around full 360-degree worlds looking for other wizards and monsters to do battle with. It was like a FPS, only with some aerial movement to add an extra dimension to the experience (as magic carpets can also fly up and down). 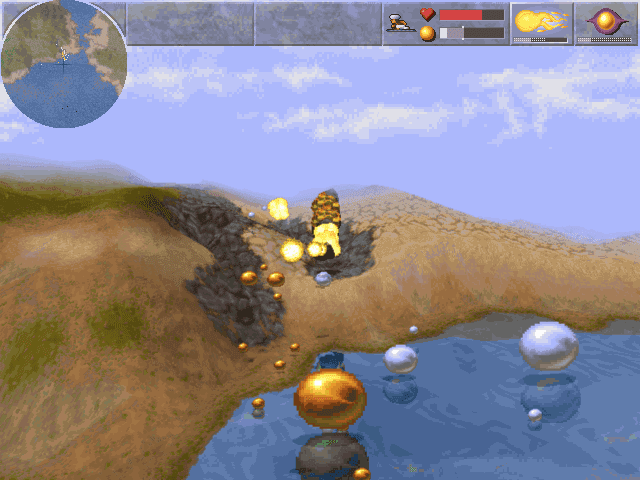 My dad, meanwhile, would handle the shooting. One of Magic Carpet’s strengths was the huge number of “spells” that you’d end up unlocking as you played, from the humble fireball, to the ability to summon legions of undead soldiers, have volcanoes erupt from the ground, or give yourself a temporary shield from enemy attacks. It was a great deal of fun experimenting with the various different spell combinations and trying levels with different strategies to spellcraft, and that freedom to experiment was what had us coming back to play levels over and over again, even if we struggled in some of them.

It wasn’t the most efficient way to play the game. Trying to co-ordinate one person moving, while the other was firing, in a game as fast paced as Magic Carpet could be, was a steep communication challenge indeed. We’d get loud, yelling over the top of one another to try and get through a horde of bees that was attacking us from all directions. “BEEEEEEESSSS” became a catch-cry in the home.

But eventually we got through each and every level. And it was a remarkable bonding experience in the end; what better way to communicate than splitting a control system designed for one person so two people could play along? It took us months to get through the 50-odd levels in Magic Carpet, but the game became one of the best gaming purchases that we’d ever made.

I’m not even sure why dad picked the game up; he came home one night from work with a copy of it. I was right into the fantasy Middle Eastern setting (I was a bit young for 1001 Nights, of course, but I did love the more family-friendly take on Aladdin, and the Al-Qadim Dungeons & Dragons setting), so that might have been in part why. It certainly wasn’t a game I had heard of before I started playing, as back then I wasn’t reading video game magazines, and my father certainly wasn’t. So it was probably a whim purchase. 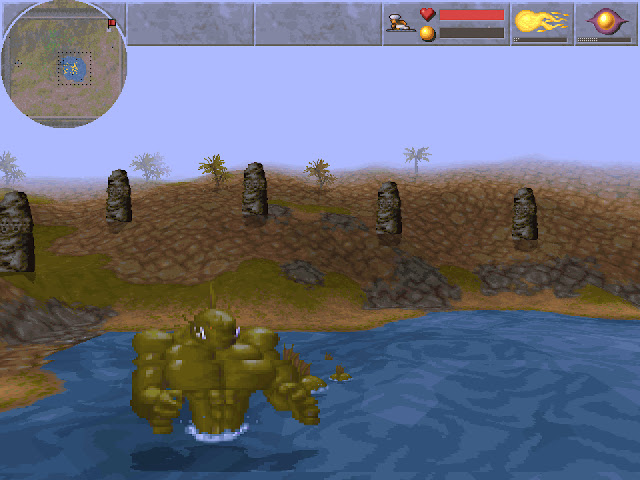 Even beyond the bonding experience in playing the game with my father, I found Magic Carpet to be an instantly mesmerising game. I was a fan of the fantasy Middle Eastern setting, with its gorgeously exotic music, aesthetics, and sense of magic. The game managed to capture all of that in a way that hadn’t been seen before (or, frankly, too often since). The enemies were simple in design, but were fantastic beasts that ranged from dragons and wyverns to genies and sinister undead. The sense of power from sitting on a magic carpet hurling down one spell after another was exquisite, and the difficulty curve of the game was just right that there was a stiff challenge, but not one that young me ever felt overwhelmed by.

After we completed the game, dad never played it again, but I’d drop in from time to time, this time playing by myself. I was shattered to discover that, after the ‘old faithful’ computer passed away, the game wouldn’t run on its replacement. The next time I’d ever play Magic Carpet was on the PlayStation 3 when I spotted a copy of the PlayStation One port for sale. Now, of course, the game’s available on GOG, and I heartily recommend it, because even putting aside my nostalgia, it’s one of the real highlights of early PC gaming.

As it was a Bullfrog game, EA now owns the rights to Magic Carpet. I often wonder just how incredible a modern Magic Carpet game would be, but then I remember that as a game that plays out in the first person, EA would likely apply many of the blockbuster principles of FPS gameplay to it, and a “Battlefield-ised” Magic Carpet would simply trounce over my fond memories of the game. It’s perhaps best that EA’s not touching that particular property; one can only assume because anything that’s distinctively Middle Eastern in flavour is commercial suicide in light of the current political tension that the west has with the real Middle East.