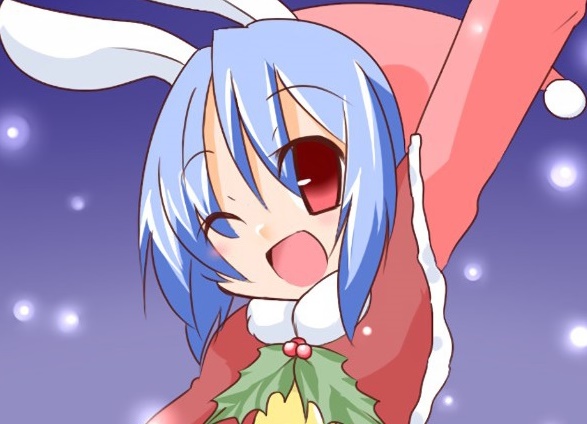 What does Santa do when someone steals all the Christmas presents? A regular old St Nick might give up, or work extra hard to create a new stash of gifts. Not Aru, the bunny-eared, anime girl Santa, though – no, when someone steals her presents, she goes on the hunt, aided by a squad of high-powered, laser-shooting reindeer.

That’s because Aru is the star of the unfortunately-named Xmas Shooting – Scramble!!, a festive bullet hell shoot ‘em up. As Aru, you’ll fight through hordes of Christmas-themed enemies, from snowmen to angry Christmas trees that throw exploding chestnuts. There are toy trains that spray bullets, teddy bears that shoot lasers, and bombs delivered by seasonal red-and-green balloons. There’s a boss who attacks with diced veggies and overheating hotpots, and another who throws giant bouncing balls and toy lightsabers at you. At one point, you have to fend off an onslaught of crane catcher games that toss flaming teddy bears. Yeah, it’s kinda weird.

It’s weird in a way that’s cute and funny, though. There’s nothing particularly distinctive about Xmas Shooting in terms of how it plays, but the eccentric festive presentation is enough to make it stand out. It also has a heartfelt, if simple, story laced through this silliness. I won’t go into details, but I will say that the ending is surprisingly moving, in a bittersweet sort of way. Shoot ‘em ups aren’t exactly games that are overflowing with narrative and this one is no different, but it does use the limited avenues of endings and mid-level dialogue interludes to great effect. 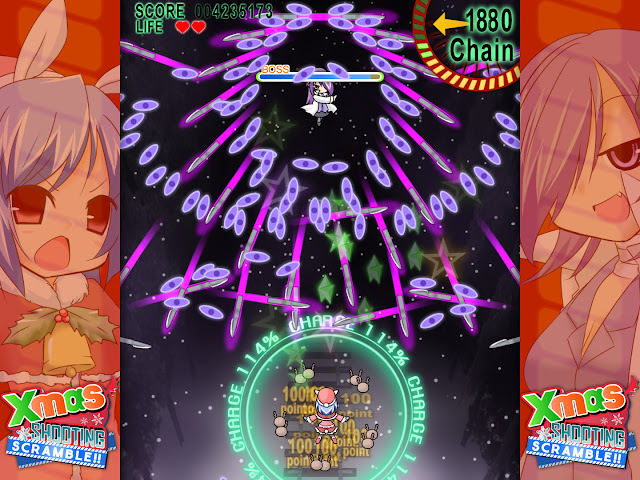 As I said, Xmas Shooting is a rather standard bullet hell. The scoring system is a your typical combo-based affair, and though they can get tricky (especially on higher difficulties), there’s nothing particularly creative in enemy bullet patterns. That said, Aru can equip three different shot formations and can switch between them on the fly, which adds an element of strategy and experimentation. You unlock new formations by spending “ReBit Points” earned with each run, adding a welcome sense of measurable progression.

In true bullet hell fashion, Xmas Shooting can be quite tough, even on normal difficulty. That’s a good thing – the appeal of these sorts games is learning to overcome their challenges. Xmas Shooting never feels unfair, and going from being overwhelmed by a section of the game to breezing through it always going to be rewarding.

There are also a few useful tools for dealing with the onslaught of bullets. There’s a dedicated button for slow movement, rather than that being a side effect of holding down the fire button. Being able to move freely while shooting (and move slowly while not shooting) adds a nice extra degree of control. Furthermore, while moving slowly, the game displays Aru’s hitbox, which helps a great deal with navigating the waves of bullets that fill up the screen. Neither of these things are unique to Xmas Shooting, but they’re welcome inclusions nonetheless. 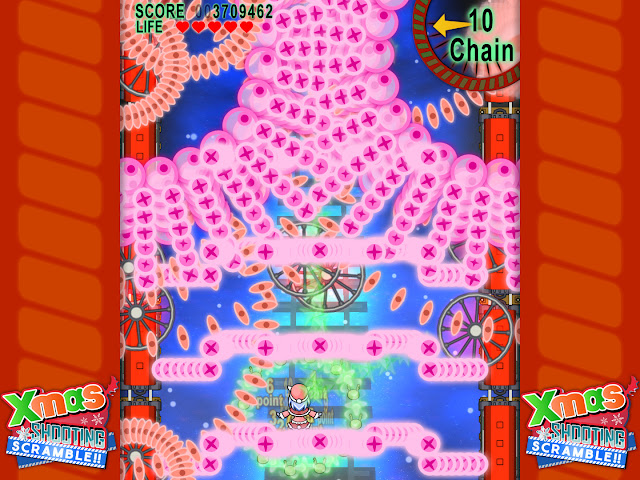 That said, a practice mode wouldn’t have gone amiss. A lot of PC shoot ’em ups allow to practice individual levels, or even specific sections within a level. If there’s a particular boss you’re struggling with, it can be really useful to be able to practice fighting just that boss, without having to go through the whole game to get back to that point should you die.

Xmas Shooting could also benefit from having some sort of continue system. Once you’re out of lives, that’s it. Game over. In Arcade Mode, that means you need to start again from the very beginning. In Conquest Mode, you can save between levels, letting you take the game one stage at a time. Unfortunately, your stock of lives is also saved, so if you squander them all on level 1, you’re in for a rough time in the next levels.

Admittedly, this isn’t too much of an issue. After all, this is a game about failing, retrying, and getting better, and it’s also relatively short at three stages, rather than the genre-standard five. Nonetheless, a continue option would be great for beginners and people who want to see all the game has to offer without necessarily mastering it. At the very least, if Conquest Mode restocked your lives upon retrying, the game would be a lot more welcoming (and fun) for newbies. 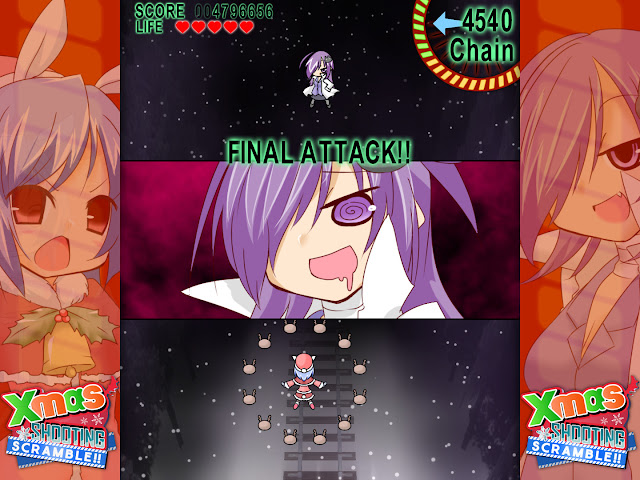 Still, Xmas Shooting is a delightful little game, and a great way to get into the spirit of the holidays. For the hardcore shoot ‘em up fans, it won’t bring anything new to the table, but it has plenty of challenge and fun to offer in a bite-sized package. Despite the difficulty, I’d even recommend it to people who don’t normally like the genre. The sense of silly fun and surprisingly poignant story are reason enough to give Xmas Shooting a go and try to overcome the challenges that it throws at you.