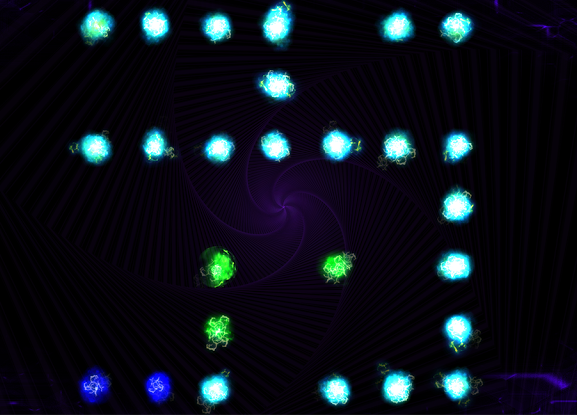 There is quite a long list of things that make me happy when I reminisce about them, and near the top is handheld video games. I’m not talking Nintendo, nor Sony; no, I am referring to those handheld games that held a grand total of one game per unit. While Disney-themed titles were my favourite at the time, as I’ve aged I’ve grown rather fond of those that were puzzles instead of platformers. Games like Connect Four were easy to come by for $20 a pop at the store, which explains why they became a popular stocking stuffer at the time.

These handheld games all used an LCD screen with permanent backgrounds, leaving anything tactile to the imagination. Today, on the verge of 2017, removing touch from a video game experience is quite reasonable — but back in 1995, the games industry wasn’t quite there yet. Enter Lights Out, a game manufactured by Tiger Electronics that year. There was no screen, with the game instead relying upon 25 square buttons that could actually be pressed (oh the novelty!). When the on switch was flipped a random pattern of the square lit up, leaving the others in darkness. The goal was simple: turn off all the lights. Pressing one light will toggle it and any adjoining lights; if a light was off it would be turned on, and vice versa.

Lights Out was a frustrating experience for my poor ten-year-old brain. In its 1995 form would still be a maddening experience to my now-30-year-old brain due to the lack of structure: light patterns were random, and there was no “quest” or goal to work through (for example, it wasn’t possible to complete the first ten levels because there were no “first” levels). The game has been remade several times with slight improvements each time, but I still completely lack interest in the game itself. The mere thought of the difficulty level makes me squirm with agitation.

Enter Energy Cycle. If games could be fed steroids, Energy Cycle is Lights Out on performance-enhancing drugs. A very angry-looking lightning panther represents the game, although the jury is still out as to why – this character doesn’t actually do anything in the game. The game, meanwhile, takes the formula of Lights Out and complicates it without actually adding to it — and this lack of content leads me to wondering if simple puzzle games still have a place on TV-locked consoles or desktop PCs.

There are definite differences between Energy Cycle and the games it reminds me of. Mostly, Energy Cycle isn’t a simple binary off-on system; instead, there are coloured balls of light to ‘press’. Each press will rotate the colours of the chosen “cell” (the developer’s terminology at work here) and all its adjoining horizontal and vertical lines of cells. That’s right, ALL possible colours — implying there are more than two. Bye-bye black-and-white, hello technicolour flare! It enhances the graphics. It enhances the gameplay. I cannot rave enough about the incorporating of multiple colours into the gameplay.

Unfortunately, that’s about where my good thoughts end. I feel strongly that if someone is going to do something like a “simple” puzzle game (no story, limited replay, etc.), they have to do it really well. Energy Cycle falls flat in just about every way imaginable. There are three gameplay options, all of which are very standard for the genre: puzzle mode, time attack, and infinite play. Puzzle mode is limited to 28 boards, so yep, even if you played just one per day it would take you less than a month to complete. Time attack and infinite play generate random boards and either has you complete them as fast as possible or lets you take your sweet time and just keep going as long as you feel like it, respectively. These latter two modes are fine: not outstanding or unexpected, but fine. Puzzle mode is not fine though. Puzzle mode is far too short, and this is coming from someone who doesn’t normally give a darn about the length of games. The small section of predetermined puzzles is not enough to make the game worth playing. 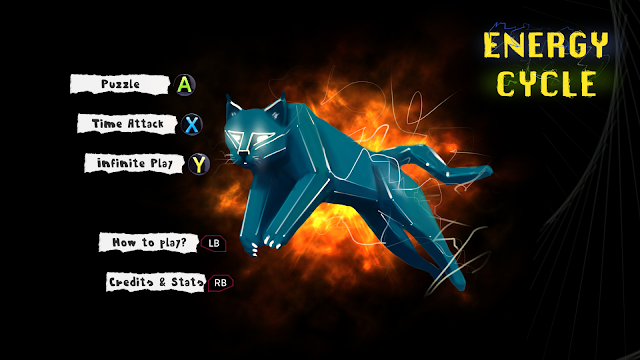 While I earlier praised the incorporation of multiple colours into a classic binary formula, it also causes some issues in Energy Cycle that I absolutely cannot look past. Distinguishing the green cursor from the glowing balls of light can be difficult, especially when said glowing lights are the same shade of green. I mean, that’s a pretty rookie usability error to make, and if this game had even a cursory run at quality control before being released, surely someone would have picked it up.

When I look back on my (albeit brief, not by choice) time with Energy Cycle, I’ve already almost forgotten all of it minus the frustrations. The bits I liked (multiple colours, classic puzzle gameplay) are completely overshadowed by those I don’t. There is a severe lack of preset puzzles to keep me returning for more, a fact that two additional modes don’t actually manage to compensate for. Most tellingly, though, the frustration of trying to find a green cursor highlight amongst dozens of balls of the same colour is quite possibly the most insane thing to overlook that I’ve ever seen done in a puzzle game.