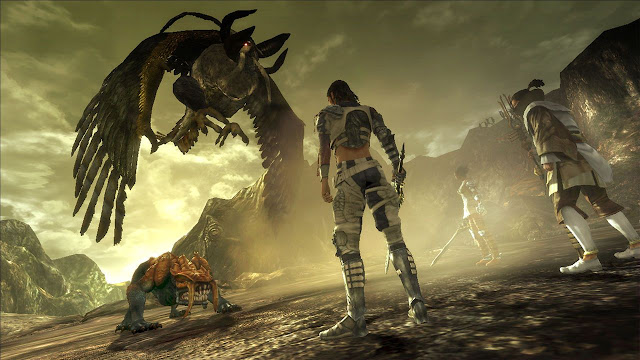 Until December 31, the acclaimed Xbox 360 JRPG Lost Odyssey is freely available on Xbox 360 and Xbox One – for everyone, not just Xbox Live Gold subscribers. To get the game, simply go to the game’s page on Xbox Marketplace and click “Download to Xbox 360”. (Note that this will simply add the game to your Xbox Live account, so you can download it on Xbox One or Xbox 360 at your leisure).

Even if you don’t have an Xbox console, it’s worth making a (free) Xbox Live account and claiming this offer before the end of the month. That way, if you do decide to get an Xbox at some point in the future, you’ll have this game in your account, ready to go.

The giveaway is a celebration of the first anniversary of Xbox One Backwards Compatibility, and the fact that there are now 300 backwards compatible Xbox 360 games. Lost Odyssey was added to the program earlier this year, as was Mistwalker’s first game, Blue Dragon, though both games previously only worked with the original discs. Both games were previously only backward compatible for people who had physical copies, but Microsoft has now added digital versions to Xbox Marketplace.

Lost Odyssey came out in 2006, and was the second game from Mistwalker, a studio established by Final Fantasy creator Hironobu Sakaguchi following his departure from Square. It’s widely regarded as a Final Fantasy game in all but name, with an emotive story penned by Sakaguchi and author Kiyoshi Shigematsu, music by longtime Final Fantasy composer Nobuo Uematsu, and gameplay that draws heavily on classic JRPGs.

The DDNet Awards! Sony PlayStation Vita Game of the Year