Bandai Namco has announced that Digimon World: Next Order will launch for PlayStation 4 in North America on 31 January and in Europe on 27 January 2017.

In Digimon World: Next Order, players are sucked into the Digital World to discover it is under siege by Machinedramons. Players journey with their Digimon partners through the Digital World to discover the origins of the Machinedramon scourge and find a way back to the real world. Digimon World: Next Order features more than 200 Digimon and players can travel with and raise up.

Digimon World: Next Order originally launched in Japan on 17 March 2016 as a PlayStation Vita game. A reason why there will be no Western Vita release has not been given, though one would assume it’s simply because the console hasn’t sold well enough for Bandai Namco to support it in the west.

NIS America is bringing the sequel to Operation Abyss: New Tokyo Legacy to PlayStation Vita and PC (Steam) in North America and Europe in spring 2017. Operation Babel: New Tokyo Legacy, another dungeon-crawling RPG by Experience Inc., will be available physically and digitally and feature Japanese audio with English subtitles.

The game continues the story of Operation Abyss, set in near-future Tokyo, when a mysterious object appears in the sky. The CPA and the Xth Squad are again mobilised to face the new threat, ‘the Embryo’. 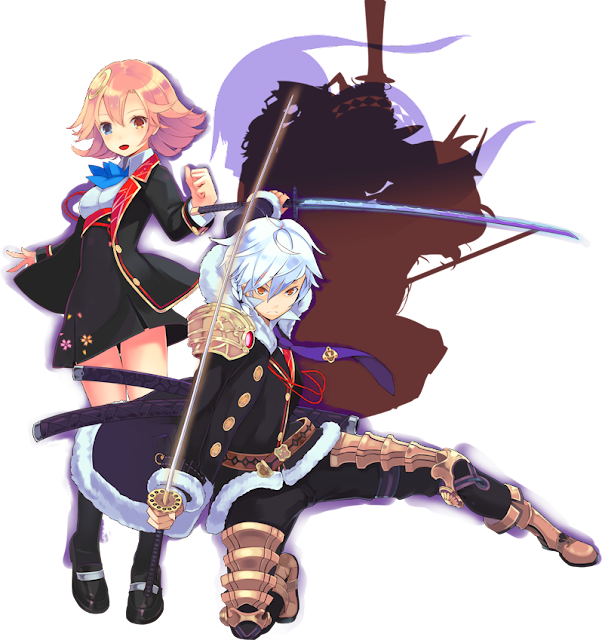 Hey awesome, Danganronpa Another Episode: Ultra Despair Girls, is getting a PlayStation 4 re-release

Speaking of NISA, the company has also announced that it is bringing the oddball horror title, Danganronpa: Another Episode, to PlayStation 4. Previously a PlayStation Vita exclusive, this title is very different from the other games in the Danganronpa universe. Those games were visual novels. This one is more like a puzzle/shooter game.

What links the games, however, is their intelligence and creativity. All Danganronpa titles are narratively deep experiences, and this one is no different, weaving a dark and disturbing story around a bunch of kids that have… removed… all the adults from a city.

Related reading: Matt’s review of the PlayStation Vita release of Another Episode.

The best thing about the trailer is that DDNet’s review of the game is the first quoted review on the trailer. That makes us pretty proud indeed.

A Rose in the Twilight coming west

A Rose in the Twilight, released as Rose and the Old Castle of Twilight in Japan back in April, is coming to North America and Europe both physically and digitally for PlayStation Vita and PC via Steam in spring 2017.

The game will look familiar as it is directed and features character design by htoL#NiQ: The Firefly Diary director Masayuki Furuya and employs puzzle platforming mechanics. With The Firefly Diary, there were concerns with the diffiuclty level (it was extreme). Furuya said that this time around he has aimed to adjust the balance so that it’s fairer on players. Furuya also clarified that this game isn’t The Firefly Diary 2.

The story revolves around a girl, Rose, who awakens with the Curse of Thorns upon her back, in a castle devoid of colour and time. A sleeping giant joins her in her efforts to escape. For its difficult, The Firefly Diary was an intense, interesting game, and we’re looking foward to this one being more of the same.

The Friday Ten: Ten games that prove the PlayStation 4 is a JRPG powerhouse