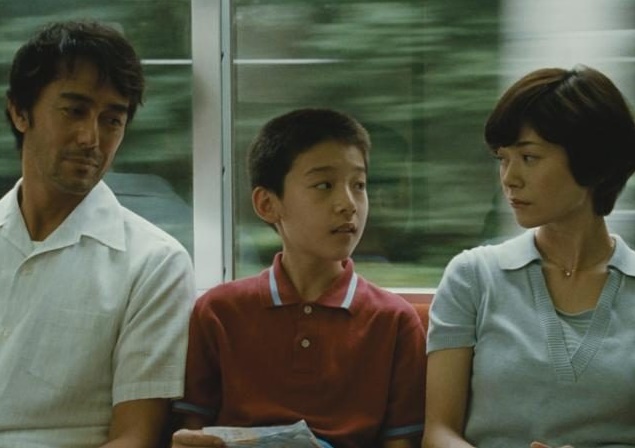 It’s a beautiful sentiment conveyed by Yukiko Mishima, director of Night’s Tightrope, at the reception at the opening of the 20th Japan Film Festival, organised by Japan Foundation. I had been a fan of Mishima’s previous movie, Bread of Happiness, for being a quaint, slice of life film which portrayed the idyllic Japanese rural lifestyle. Her new project, however, is a key departure from her previous work – it’s a dark coming of age story about two girls obsessed with suicide. Despite the touchy subject material, Mishima hopes the film will be a look into the pressures on youth in Japanese society, and will be received as a celebration of life and the uniqueness of our existence.

Related reading: Our interview with the co-ordinator of the Japanese Film Festival last year.

The event has certainly grown from its humble beginnings,in which it distributed three films produced and directed in Japan for Australian audiences. Since then, JFF has expanded to many Australian cities, and remains a celebrated cultural fixture of the Sydney cinema scene. There has definitely been demand driving for Japanese cinema in Australia, and we’re all benefitting from it. This year, JFF offers more than 40 films covering a variety of styles, genres and subject matters, meaning that any moviegoer with even a slight interest in Japanese film owes it to themselves to go check it out.

The festival also greatly respects the history of Japanese cinema, offering a variety of classic films alongside the newest releases. While Akira Kurosawa is a household name for anyone studying film, it’s easy to forget just how many Japanese auteurs in the 50’s and 60’s made a mark on Hollywood cinematography to create the tenements of film art as we know today. Even now, Japanese films tend to be transgressive experiences which offer an alternative to the increasingly formulaic offerings from the Hollywood blockbuster system. Now more than ever, it’s up to independent, small scale filmmakers to tell stories which we don’t often hear, and to make us rethink the assumptions we have made about our own lives.

This sentiment could not be clearer expressed than in the opening film, After the Storm. Directed by Hirozaku Koreeda, the film chronicles the relationships within a modern family – the gambling, dishonest Ryota, his pragmatic grandmother, his ex-wife and the son he hopes to bond with, all of whom live in the shadow of Ryota’s recently deceased father. Whereas a story like this would have trouble resonating with a Hollywood audience, who perhaps might be put off by the slow pacing, the film’s cohesive structure and frequent use of personality tics definitely helped me relate to its characters and feel included into the story.

I particularly liked Koreeda’s use of the fixed-camera long take: halfway through the film, I noticed that key conversations were often shot without cuts, sometimes lasting up to five minutes at a time. It reminded me of my own conversations with extended family which would start frenetic and unstructured, but once an elder began talking everyone stopped and gave them their full attention. The film’s setting was largely domestic, which necessitated the use of close ups and made the audience feel close to its characters.

After the Storm, like many other films on offer, allow Australian audiences to get a unique glimpse into Japanese culture. There are lots of films on offer at JFF which aren’t afraid to slow things down, and to challenge the audience to think about what they’re watching. I genuinely hope more Sydneysiders would come along and see for themselves just how enriching a cinema experience like this could be.

The full list of movies and their times is available here: https://japanesefilmfestival.net/city/sydney/