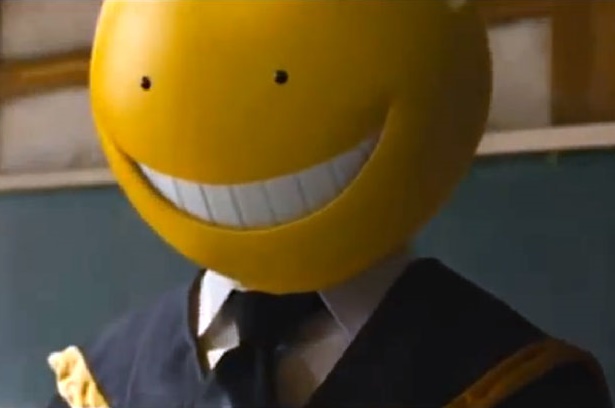 Over the last couple of years, the annual Japan film festival, which brings some of the most impressive films from Japan to Australia, has become one of my most anticipated events of the year. In 2015 it didn’t disappoint.

Related reading: My interview with one of the organisers of the film industry

We don’t get to see so many Japanese films in Australia, typically. Of course the really major releases, such a Attack on Titan, gets a limited release, and we do get a couple of DVD or Blu-Ray release, courtesy of Eastern Eye and Madman. However, that represents but a fraction of the films produced in Japan, and the more cultural films tend to only pop up in film festivals such as this one.

This year’s Japanese film festival had some of the hits, such as Assassination Classroom – the film adaptation of the wildly popular manga an anime, but it also had some nods to Japanese samurai films (a sub-genre all to itself in its homeland). A Samurai Chronicle, by Takashi Koizumi, was especially impressive there.

And then there was some of the more transgressive films, that Japan has become so well known for. Shinya Tuskamoto’s Fires on the Plain is a brutal deconstruction of World War 2, as told from the Japanese perspective, and is enlightening for anyone who wants a more balanced view of that world than the what the books written by the victors tell us. TAG, by Sion Sono, is a hyperviolent film in the vein of Battle Royale, and Yakuza Apocalypse is a film that only Takashi Miike could produce.

But the highlight of the programme was another Sion Sono film; Love & Peace. On one level it’s a surreal little rags-to-riches tale, not dissimilar to all those films that chart a band’s rise through the ranks to superstardom. But because this is a Sion Sono film there’s more than a touch of the surreal in there too. Including a turtle that tramples through the city, Godzilla-style.

In reality Love & Peace is a charmingly effective deconstruction and criticism of modern consumer culture, with an almost melancholic sympathy for all that we discard as we push through our lives. Equal parts tragedy, uplifting drama, comedy and political commentary, Love & Peace shows that there’s more to transgression than simply offending the audience; it’s possible to make a transgressive film that is transgressive simply because it continues to defy expectations and form at every turn. Truly, Sion Sono is my hero and favourite director working at the moment.

I was impressed to see how popular the Japanese Film Festival seemed to be. The cinema was never a sell out, but there was always a solid audience in attendance. This was especially impressive on the final weekend where, competing against the local lunch of Spectre, the latest Bond film, the audience managed to fill a good half the cinema to see Love & Peace.

Related reading: While we’re talking about Sion Sono, if you haven’t seen Tokyo Tribe yet, you’re letting yourself down.

This is heartening to me because it suggests that the Japanese film industry is starting to break away from the reputation that it has for providing bloody historical epics, bloody ultra-violent films, creepy horror films (for Americans to remake badle), anime, and not a lot more. With the Tokyo Olympics coming up in 2020, it would seem that Japan is working hard to get people on board with the culture, and film is an exceptional way to do this. I’ve always felt that the Japanese film industry is underrepresented outside of its home country, so I hope to see the Japanese Film Festival continue to grow in the years ahead.

And a special congradulations does need to go to the event’s organisers. This film festival really did have something for everyone.

Do you watch many Japanese films?