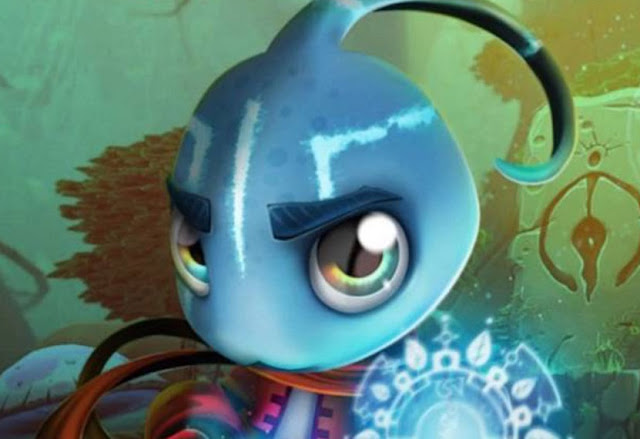 3D Platformers. We’ve played them, we’ve loved them, but many now regard them as a relic of a bygone era – a genre which peaked in the N64/PS1 era. These games featured lovable characters which we love returning to, but have largely faded away from the public eye. I’m sure there are many players still wishing for Rare or Naughty Dog to return to their roots, and this is likely the market for Ginger. Developed by Drakhar Studio and published by BadLand, Ginger is a game which aims to celebrate the high points of the 3D platforming genre, but often gets too caught up in respecting past classics rather than treading doing what it needed to and modernise the genre at the same time.

In Ginger, you play as the titular character, a small blue creature who has the power to restore the world after a calamity destroyed the life-bearing crystals. The story doesn’t stray very far from standard genre fare, and it’s something that we’ve all heard at some point. The game is a lighthearted journey which tasks the player with helping out the citizens of the game world, completing platforming challenges and small sidequests, eventually rebuilding the game’s three villages.

The core gameplay is split between the overworld and some standalone levels. The overworld features NPC’s to talk to, resources to collect and houses to build, from which you can enter smaller levels which have their own goals and collectibles. Progression is mostly linear – completing one standalone level will give you enough crystals to move onto the next – and completing all the levels in one world will allow you to advance to the next.

While the overworld has a controllable camera, the standalone levels function a little more like the levels in Super Mario 3D world, with a fixed camera that moves based on the player’s position. This works for the most part, but can be a little too zoomed in, resulting in some misjudged jumps in the harder levels.

The world design is fantastic and each level features bright colours and crisp, eye-catching environments. There’s something very joyful with the way that Drakhar Studio have crafted each level, and there’s an abundance of visual flairs that make the graphics feel alive. This is paired with an excellent soundtrack which would hold up with the greats of the 3D platform genre, featuring catchy songs that perfectly complement the game’s overall tone.

For all its good intentions however, Ginger does show its faults as well. Some animations start feeling unnatural after seeing them repeatedly and while it’s easy enough to ignore at the beginning, they definitely start to sour the overall product over time. For example, Ginger’s ground-pound attack doesn’t feel weighty, and his basic punch attack has a hitbox which is hard to estimate. Speaking of combat as well – it’s completely context-free, and it’s never explained why Ginger might have to fight evil moles in order to save the world. It almost feels as if the developers played a bunch of 3D platformers, noticed they featured combat and decided that their game needed to have combat too. Modern games need context, though, and they’re the better for that. 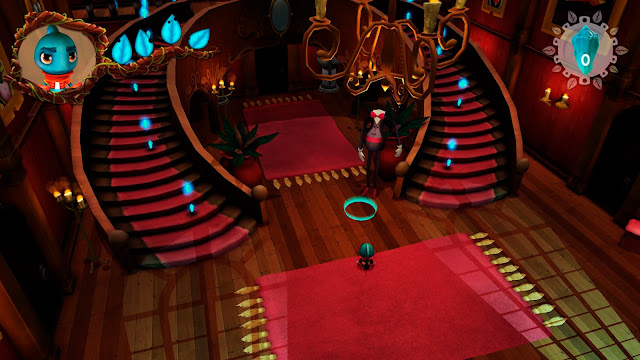 The platforming isn’t perfect either, with the most egregious fault being the lack of shadows on some of the game’s assets. It makes it hard to figure out where Ginger is going to land, or which blocks are going to fall on you and deal damage. The game is pretty lenient with its checkpoints so that it doesn’t become a grind, but the annoyance definitely sets in when playing levels featuring instant-death pits.

Overworld sections also wind up feeling uninspired most of the time. The townsfolk will ask you to run errands for them in return for resources to build houses, which controls your progression in the game. Unfortunately, these errands are trivial, requiring you to merely walk to another part of the overworld, pick up a few objects and walk back. It felt as if the game was wasting my time, and I wish that more platforming challenges were built into the overworld.

It may sound like I’m being harsh on Ginger, but as I played through its many levels I felt the game struggled to live up to its influences where it might have been better off trying something new. Judging by the animations, the level design and the slowdown the game occasionally experiences, Drakhar Studios were held back by resources and production time, and so couldn’t deliver a polished experience. This is a game which tries to sell itself on its mechanics, but by constraint of budget, platform and other resources can’t quite live up to the game it wants to be.