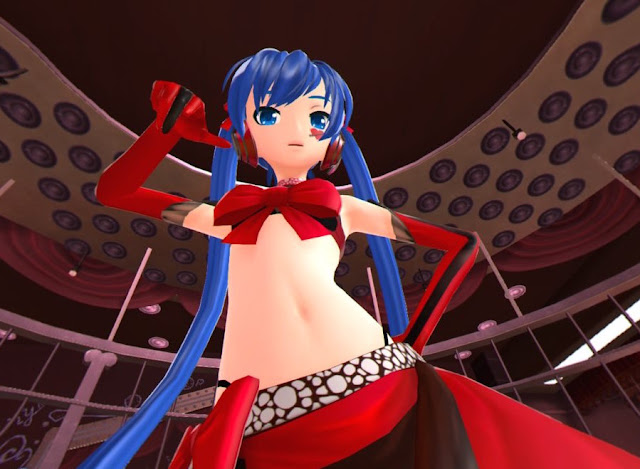 With all the excitement around new VR games on the PlayStation 4, there’ve been a fair few older games that have quietly had updates and patches to make them compatible with PlayStation VR. In between all the new games I did want to quickly highlight a couple of older, now VR-compatible games that are well worth a revisit.

The VR patch for Project Diva X allows you to experience any song you like, on any background you like, with any character (and in any costume) you like, in VR. The effect isn’t as incredible as what you’ll see in Hatsune Miku: VR Future Tone, but then that title was built specifically for VR. This one was not, but the effect is mighty impressive nonetheless.

Some of the environments look really, really stunning in VR. The nightclub and cabaret environments (complete with an audience of stuffed toys) feel so vibrant as you move through them (and you’re able to move around a half dozen or so different positions with each environment). The characters continue to look absolutely amazing when rendered for virtual reality, though they appear perhaps slightly less solid or detailed here compared to VR Future Live. Still, the ability to dress them in dozens and dozens of costumes each, and see Rin, KAITO, Luka, MEIKO (and Len, I guess) in VR for the first time is awesome for fans. 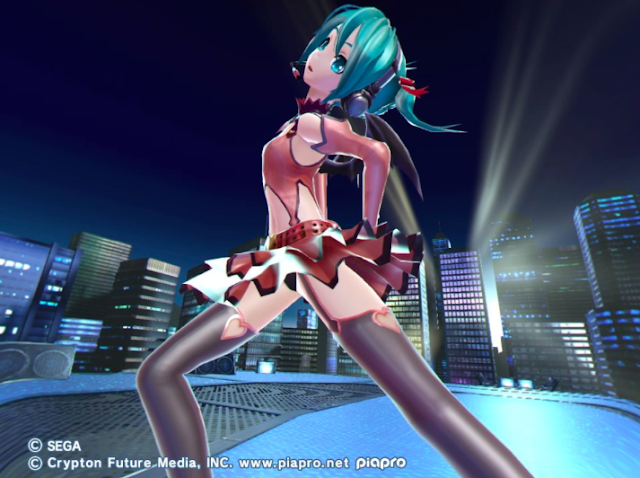 It’s also worth noting that the VR mode is actually attached to the concert creator mode. You’re able to watch performances with the default routines if you want, but if you’ve spent the time to come up with your own choreography, then you’re going to be able to enjoy it from the best seat in the house.

If Sony was smart, it would be making Bound its lead demonstration title for PlayStation VR moving forward. I say this without the slightest exaggeration; in VR, Bound is the most beautiful game I’ve seen so far.

Related reading: Matt’s review of the original release of Bound.

There’s something about the highly abstract, minimal environments that makes for a striking, surreal, and breathtaking backdrop to place yourself within with VR. The bold colours stream through the VR goggles with a sharpness and warming that is somehow both completely alien and yet completely immersive at the same time. All the developer needs to do is throw in a melting clock and you’d feel like you’re inside a Salvadore Dali painting.

The quality of the animation has to be seen in VR to be believed. #PS4share pic.twitter.com/iTZWzMEZ3V

And yet you won’t even notice the environments for long. Instead you’ll be so transfixed by the ballerina protagonist that you’ll be glued to her every movement. I’ve seen a lot of ballet in my time (it’s actually my favourite art form – yes, even more than games), and as I remarked in my original review of Bound, the development team were clearly fans of the art themselves, because the quality and authenticity of the dancer’s movements could only come from people with deep respect for dance.

Well, in VR, that quality of movement is even easier to appreciate, because in “proper” 3D it suddenly takes on lifelike qualities. And, because the perception is that the dancer is that much larger and close to you in VR than when you’re watching her on a screen, it’s that much easier to appreciate the subtleties of her movements. Whoever Plastic got to provide motion capture for the dancer is one incredibly talented ballerina. I wouldn’t be surprised to find she was a professional at one of the top ballet companies, actually.

Both games offer the VR update for free, which is overly generous, I feel. In both instances the VR adds something substantial to the experience and the developers deserve to be rewarded for it. It’s a pity it wasn’t paid DLC, but if you’ve got PlayStation VR and haven’t bought either game yet, add them to your list. I wouldn’t be surprised if you end up regarding them as right up there with your favourite VR titles.