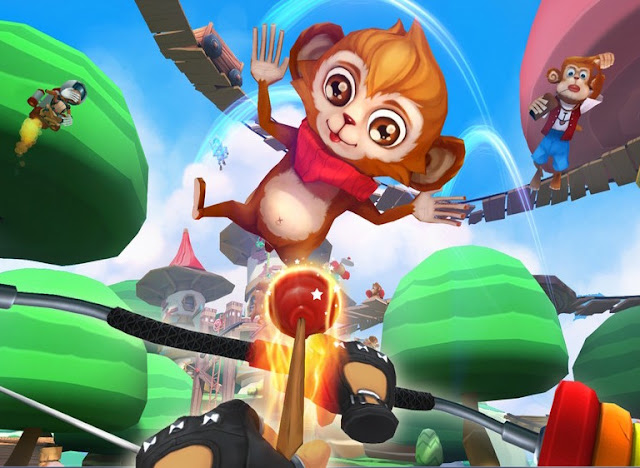 Virtual Reality requires an entirely different approach to game design, and it’s going to take some time for developers to truly start to master what VR can do. Remember back on the PlayStation 1, where developers had access to the right kind of hardware to easily build 3D games for the first time, and there were all those horrible games that had no idea how to do camera controls?

Remember how we had to contend with 3D platformers that failed to realise jumping actions needed to be different when there was that extra dimension to contend with? Or the fact that no one had any idea how to make a shooter work with that behind-the-back 3rd person view almost everyone uses now? Looking back at the wild west that 3D game development was back then, it’s hard to imagine how we liked so many of those games. Indeed, a whole lot of them would have been better off as more traditional 2D games (and indeed many of the PlayStation 1 games worth playing today are either 2D or the kind of simulated 3D that we had before polygons were a thing).

Virtual Reality is going to go through that phase. Developers need to learn best practices in approaching VR development. Rulebooks – both actual textbooks and successful ideas that developers will crib from other games for their own projects – need to be written. Actual experience in developing for 3D needs to be accumulated within development teams. For the first couple of years, you can expect that a lot of VR games will be simply uncomfortable to play, because developers are still learning the ropes. 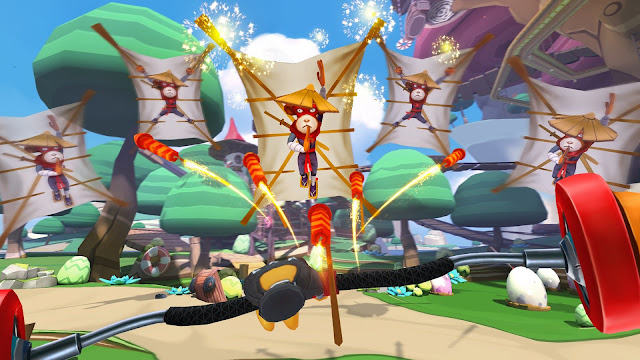 Ace Banana is one such game. Developed by a small team, it’s quite impressive that it exists at all, and it will teach some lessons around VR development, one suspects. But as a game it’s just not that good at all, fun premise that you’re protecting a cache of bananas from a horde of weird monkeys using bow and arrow aside.

While it might make sense to make a stationary light-gun-like game for VR, so that players can take advantage of the 360-view without having to move around (which is a limitation of home-based VR – you can’t really move around much with all the chords involved), the result is a game that is even more limited than its non-VR equivalent. Nnooo’s Blast ‘em Bunnies, released earlier this year, tasks you with defending a full circular ring from enemies coming in from all directions. It was manic fun having to spin around constantly to protect your backside. Ace Banana, however, limits you to protecting “slices” of circles, and for good reason; consider that if you had to spin around a full 360-degrees with the goggles on. You’d start hitting things or get yourself tangled up in chords. Justifiable as the restriction might be, it immediately makes it difficult to shake the feeling that this game is limited.

In an attempt to throw in some variety, there’s a need to defend a couple of different points in each stage, as you’ve got multiple caches of bananas scattered about. The problem is that transitioning between them takes up precious seconds and, worse, the control input to move between these spaces is unreliable. More than a few times a boss would enter the arena, move to one of my other caches of bananas and hoover up half of them before I’d managed to get the game to recognise that I wanted to move up there. 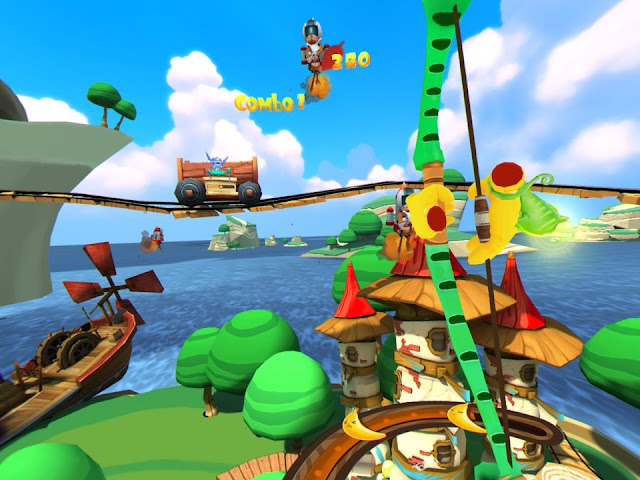 Technically, the game is an utter mess in other ways too. Whether I was using the Move or Dualshock controller, the responsiveness of the inputs was just not there. With the Dualshock controller I had a great deal of trouble getting the crosshairs to actually target the monkeys on the far periphery of my defensive circle. With the Move controllers you need to hold one in each hand and then pull them apart as though imitating the pullback of a bowstring. Fun in theory, but really bloody tiring in practice.

To make matters worse, the game has a real problem with its calibration. Over and over again I would be in the middle of some intense combat, only to be driven into such an uncomfortable position that I would need to stop, stand in a neutral position, and reset the calibration of the VR headset. This is, to date, the only VR game I’ve had that problem with.

If you’re playing with the PlayStation Moves, between games you can take some time to “grow” bananas like virtual pets, complete with weird designs and hairdos. It’s a pointless addition thrown in there for the sake of “character” in a game that has the most generic Sunday morning cartoon vibe you can possibly imagine. You can’t even access this mode if you’re playing with the Dualshock controller, as far as I can tell – the input is simply not recognised. 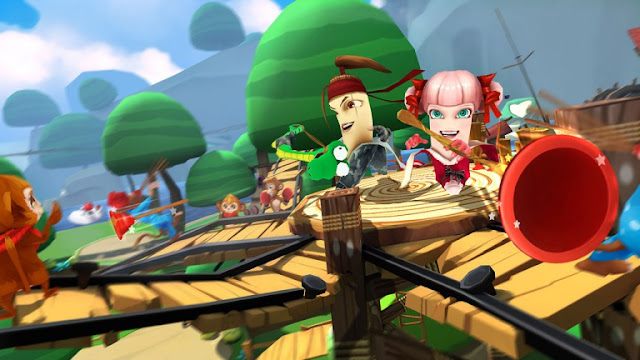 The game is bright and colourful, but gaudily so, and really quite unpleasant on the eyes. It’s probably just as well that you don’t have to rotate 360 degrees to play this one, as the overload of colour (especially the off-yellow, which saturates the aesthetic to the point of being quite distracting) is quite sickening, without excessive movement thrown into the picture.

Chalk this one up to inexperience with VR. I do think that there’s a game in there somewhere that might be worth the developers revisiting it when they’ve got a better understanding of VR. For now, though, the game is simply too limited, too clunky, too ugly, and too underdeveloped for its own good. Especially when Blast ‘em Bunnies does the same thing, only much better. The extra VR effect in Ace Banana just isn’t worth the trade-off in every other way.