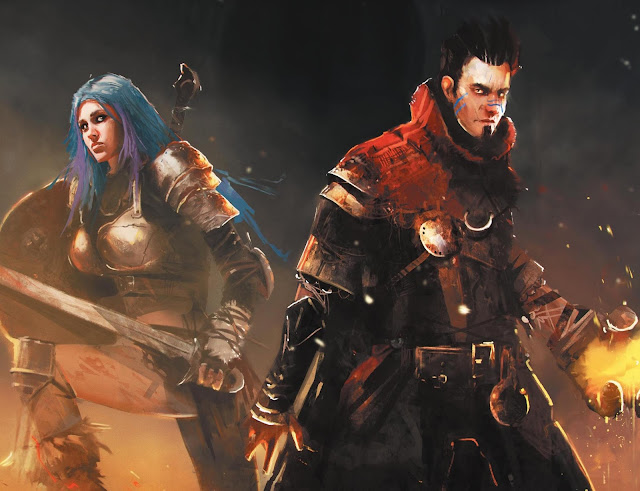 Most people grow out of that humour by the time they’re not children any more. And then we have stuff like Zenith, which never got that memo.

Related reading: Another game which makes humour core to the experience is Megadimension Neptunia. The difference is that that one’s funny. Matt’s review.

The opening scene sets the tone for the rest of the game quite well, though in this case it’s not a very good thing. There’s a guy that has been captured by elves (elves like the elves from the Hobbit, only even more cold and arrogant and militant because as per my point above, to some people exaggerating a select couple of traits is humorous). The elves are going to kill him, but then some giant singing spiders appear (because Shelob + opera is a ridiculous mix and therefore funny), kill the elves, and our ‘hero’ is then able to escape.

Oh, so this is the kind of… humour… that this game will throw at me? #PS4share https://t.co/93kspiuNzl pic.twitter.com/8MfHNxScFG

He then wanders down a road, killing stuff, gets to a cut scene, backtracks back, killing more stuff, hits up a little village for some rest, then wanders into a temple, solves a puzzle that apparently stumps everyone but is solvable in about a minute, and then kills a Diablo-like boss baddie.

From there we get to enjoy attempted misfires at parody directed at everything from Skyrim to Final Fantasy VII, and just about every fantasy movie you can name. In fact, Zenith’s value as a narrative really starts and stops at a “spot the reference” drinking game. With each reference you recognise, you take a drink. When you’re as much of a fantasy fan as I am, you’ll blissfully knock yourself out well before the game’s complete disinterest in doing anything with the fantasy genre than throwing random and poorly-connected jokes at the player can become too grating.

I mean, there’s Cloud (sorry, Claude) from Final Fantasy VII in this game, with that infamous hair having been converted into something that looks ripped straight from the “how to be an emo kid” textbook. Get it, because he had a tragic story, but the game had decided to make fun of that, so now he has to be an emo kid? 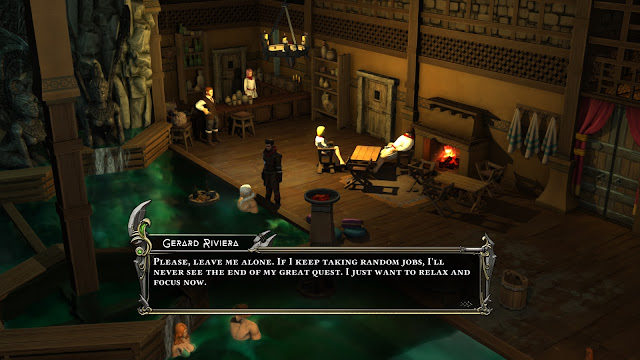 There’s also a “joke” at The Witcher 3’s expense where “Gerald” complains about side quests… oooh, and then there’s that joke about a guy running away from a fantasy place because it started out wonderful but then all the women got naked because of nude mods! This goes for all storytelling mediums, but there are a lot of writers getting paid for producing the most obtuse stuff in the name of “self-referential humour.” Unless you’re able to build the entire game around it (Hyperdimension Neptunia), then for the love of Miku, people, learn how to do subtle.

So, no, I didn’t find Zenith anywhere near as funny as it tried so hard to be. In fact, that’s exactly it’s problem; like the children I referenced in the opening paragraph, Zenith is so desperate to be “the funny game,” that it throws everything it can at its jokes… only for every single one of them to fall flat as the desperate nonsense that they are.

And all of this is a pity because, when it’s not making you wish that you went through with that lobotomy after all, Zenith has a workable game running underneath. It’s generic and in need of refinement, but workable. 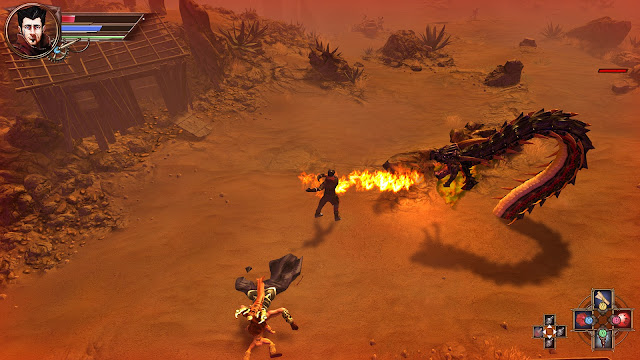 The comparison to Diablo I made earlier is apt because, attempts at humour aside, that’s all Zenith wants to be; a completely vanilla clone of Diablo. And on one level, there’s nothing actually wrong with that; Diablo is an incredible game, and it’s popular for a really good reason. There’s real entertainment value in marching down corridor after corridor and slaughtering endless hordes of enemies. Zenith certainly features both the corridors and the enemies, and at first this is all mindlessly entertaining stuff.

It’s a couple of hours in that the weaknesses in Zenith’s mechanics become more clear. There’s never a point where the game stops being mindless, for one thing. Neither the block, nor dodge abilities are of much use against common enemies, because there’s lag in your character acting out your command, meaning that he’s likely to wind up damaged. With those combat options out, the only one left is to swing the weapon like crazy until all the enemies are dead, and then drink a potion of healing to reverse the damage those enemies did. Potions are plentiful, anyway, so there’s no real reason to play using any other “strategy.”

The exception to that rule is the boss battles, where you’ll need to learn the attack patterns, proper counter, and then repeat that counter over and over again until the boss is dead. Irritatingly, the bosses tend to have a lot of health from the outset and, while you’ll not be at any risk from them once you’ve figured out the attack pattern (they’re really quite obvious), these battles tend to drag on and on while you slowly whittle down their health. 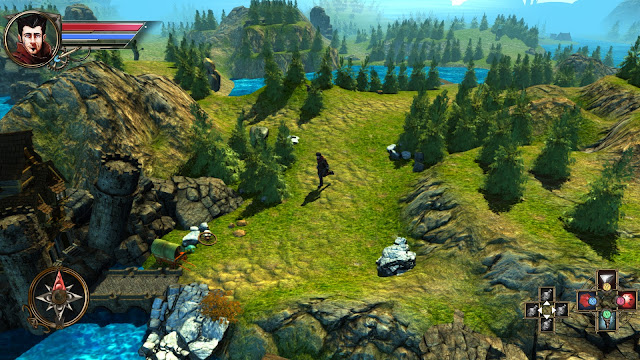 Other issues with the game are mostly just consequence for it being so utterly bland as a Diablo clone; loot’s not that exciting, and neither is the skills system, where you can boost abilities up, but it all plays out in the background as the game crunches numbers. There’s no real visual sensation that your hero is becoming more powerful.

Zenith’s gameplay issues don’t stop it from being a very workable system in a very entertaining genre. If it was devoid of its plot (or, better yet, with a more interesting narrative), I’d actually be arguing that it’s an enjoyable little game. However, the relentlessly juvenile attempts at humour never let up, and I didn’t laugh once. I think that says all that needs to be said about Zenith’s fundamental issues.