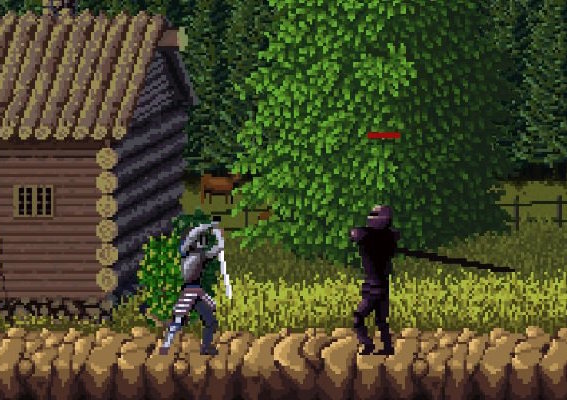 Did you ever play the original Karateka? A Bastard’s Tale feels like a modern take on that concept, albeit with a medieval European setting rather than Japanese. Both games are side-scrolling beat-’em-ups in a sense, but with a focus on slow, methodical one-on-one combat instead of the frantic action the genre is known for.

Playing as a nameless knight who one can only assume is the titular Bastard, you fight your way through a series of fairly typical medieval locales – a town, a forest, a castle, and so on. There’s no overt plot, none of the platforming elements you might expect from a side-scroller, no flashy special moves; it’s just you, your sword, and your wits.

A Bastard’s Tale makes this kind of focused, niche design work because that combat that makes up almost the entirety of the experience is deep and compelling enough to carry the whole game. It does take some getting used to, because despite the side-on view, the cornerstone of the combat system is a trio of attacks that, from the Bastard’s perspective, swing from the left, the right, or above, and three corresponding blocks. It helps to imagine the game from a first-person viewpoint, at least initially. 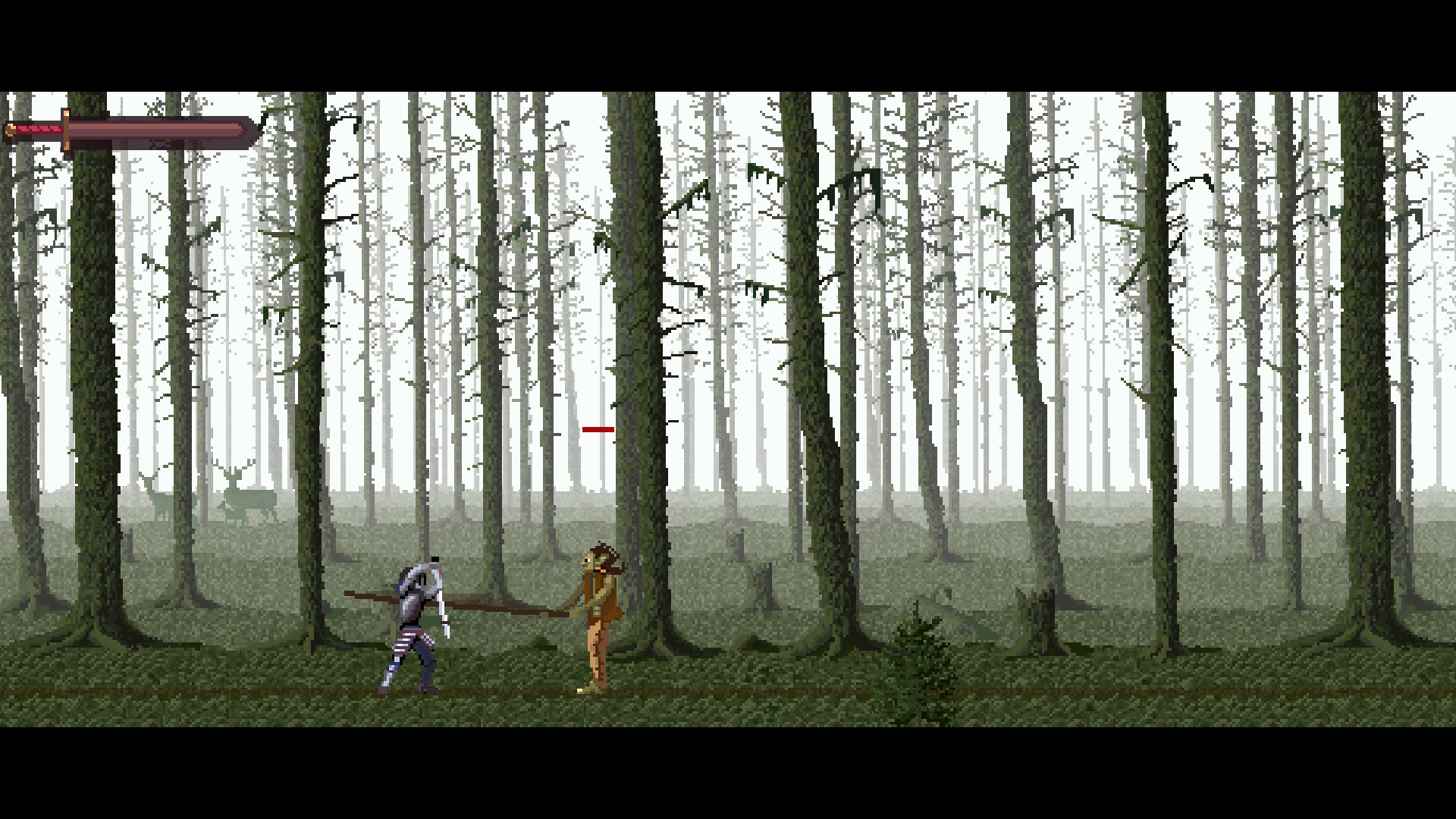 Once you wrap your head around that, combat really takes off. It’s all about “failing better” – which is to say, it’s a game of trial and error where your every failure leads you a step closer to victory as you learn to recognise enemy patterns, visual cues, and figure out how to counter them. With the exception of stupid mistakes, your every failure should be a better failure.

This is an approach that’s been popularised in recent years by Dark Souls and its ilk, but it goes back much further, and A Bastard’s Tale takes that concept and distills it to its basic essence. You fight, you die, you fight again, you die a little better, and eventually you win – then it’s on to the next foe, to repeat the process.

It’d be easy for such a loop to become tedious, and A Bastard’s Tale certainly courts that at times, but the relatively low cost of death – a very quick respawn at the start of the level, each of which is quite short – help drive that “just one more try!” urge. More importantly, the varied enemy designs and constant feeling of progress keep the game from getting too repetitious.

The first enemy you fight is a peasant armed with a long stick, and if you’re anything like me, he’ll use his impressive range to wipe the floor with you. With the next couple of attempts, you’ll learn to read his movements and block accordingly, and discover that his staff breaks after a few blocks, removing his range advantage so you can make quick work of him with your sword. It doesn’t take long before this peasant, who once was a challenge, becomes a complete pushover, as you go on to fight the rest of the first level’s threats – a couple of pitchfork-wielding old men, some stampeding bulls, and another knight who takes a few hits to kill.

Each new level, and each almost every encounter within each level, brings something new. There are lance-wielding soldiers with attacks that you can’t block, but can parry by attacking their weapons with the right timing. There are archers who shoot arrows that you need to cut down, wizards who summon crows to attack you from the skies, a sword-and-shield knight who can block two directions at once, and one particularly annoying foe who likes to feint and change his attack direction to confuse your blocking. A Bastard’s Tale is difficult and unforgiving, but it doesn’t often feel unfair, and the process of learning and mastery that’s so carefully fostered is its own reward. There’s nothing quite like revisiting earlier levels and finding that you can now breeze through challenges that once gave you hell, not because your character has gotten stronger, but because have become better at playing the game.

That said, it can get frustrating, especially when you’re trying to beat an end-of-level boss. Like I said, the levels are short enough that the penalty for death isn’t huge, but repeatedly fighting through the same enemies to get back to where you’re stuck can be a bit annoying – especially when the pressure gets to you and you lose half your health to enemies that you really should be beating cleanly by that point. There are also a few enemies that are a nuisance even when you’ve “solved” them, like the aforementioned sword-and-shield knight, who has a nasty habit of changing his block at the last second to counter what should have been a clean hit.

Hacking and slashing through the first level of A Bastard’s Tale #PS4share pic.twitter.com/LLBd8t1a0B

The lack of any discernible plot or tangible rewards of any sort also mean that beyond the intrinsic satisfaction of overcoming the game’s challenges, there’s not much payoff for your effort. If you’re not willing to play A Bastard’s Tale on its own terms, it’s an experience that could easily grow tiresome.

Personally, I really liked that setup, though. Few things are as frustrating as being caught up in game’s story, only to find yourself unable to see it through, even if only for a short while, due to some arbitrary challenge. Without much of a story or long-term objectives beyond “beat the game”, A Bastard’s Tale doesn’t have that problem. The focus is instead on a series of short-term goals – beat the next guy – so I had no issue with relatively slow progress through the game as a whole.

If you’re within the niche that A Bastard’s Tale is targeting, you’ll find it plenty rewarding. It takes the “fail better” approach to game design and distills it to its very essence, taking the often repetitious process of dying and retrying and turning it into something captivating enough to endure the occasional frustrations that always come with repeated failure. “Just one more try!”