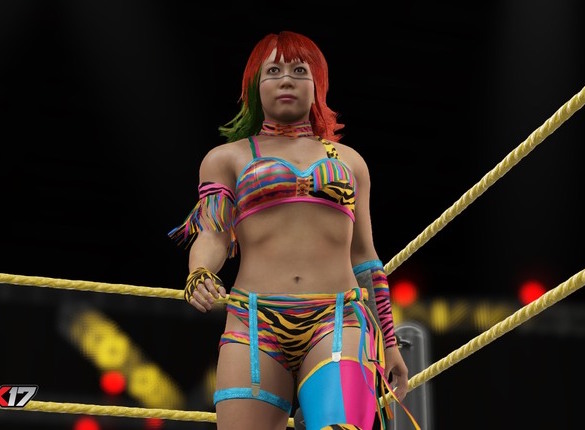 Over the last few years, the WWE series has done a nice job of adding substantial new features while improving upon some of its weaker areas. This has made the annual releases something for wrestling fans to look forward to. This year’s release of WWE 2K17 is an interesting one, because it is the most complete and polished wrestling game to date, but it is also more of an incremental improvement than in recent years.

WWE 2K17 boasts a lot of the little things you would expect in an update like this. Character models continue to improve every year and that is certainly the case this year. Whether showing off an existing real wrestler or allowing you to build your own, the level of detail is impressive. Once again WWE brings some of the best creation tools to the console of any sports game. You can do everything from tweaking and morphing a created character’s face and body, to a variety of tattoos and outfits, changing colours of the clothing and even dying some/all of their hair. Some of these tools work better than others (for example while trying to dye a streak down one of my character’s heads, the dye job inexplicably would sometimes show up on the opposite side of the head, looking more like a pair of racing stripes than a single streak). Still, the number of customisation options are incredible, and WWE 2K17 gives you a tremendous amount of freedom to create the wrestlers of your dreams.

This customisation extends beyond just the characters, but to other elements as well. The customary showy entrances for fights (right down to controlling the song, the type of walk and the associated pyrotechnics), stances and behaviours when taunting an opponent or winning a match and a long list of moves that can be applied to your character all come together to allow you to have a real sense of ownership over your wrestlers. Some of the tools are easier to use than others, and credit is due to the developers for allowing people granular depth or just quick general settings to suit the player’s time and desire when creating/ editing characters. There could be more done with the women wrestlers, however; for some reason there seems to be less customisation available for women. 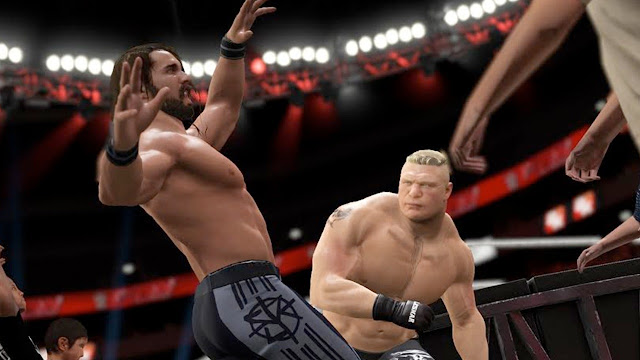 Most of the pay off for this creation shows up in the MyCareer mode (male characters are the only ones that can be used here), which is where I spent the bulk of my time. Here you can develop your character in a variety of ways, earning VC that you can spend on learning new moves, improving your attributes and working through a variety of scenarios from tag team matches to one-on-one battles and more. The progression is an effective hook as I enjoyed being able to spend my earned VC every week on new moves and stats. This is especially true early on when you have low starting numbers and the cost of improvement is pretty cheap. There are some interesting bonus objectives that get tucked into your weekly matches as well, from The Authority asking you to perform tasks that are in-line with your goals (cause severe damage to my opponent’s arms or head before pinning them? Sure thing!) to ones that might seem counter-intuitive to progress (such as them telling me to get a four star match and then lose to a specific opponent – I decided to buck The Authority on that one and kick his tail). There are some shallower objectives out there as well, such as challenges from manager Paul Heyman and making sure your character wears a signature shirt – changing it up from time to time.

The new promo system is an interesting idea, but one that sounds better on paper than it works in execution. You can perform promotional pieces in both the career mode and WWE Universe mode, and the idea behind it is that your character can grab a microphone and choose various lines of dialogue to build a self-promoting piece that will help swing his reputation towards Face or Heel – but at the same time help you earn (or perhaps squander) greater popularity from the fans. You can even engage in a battle of words with another wrestler using this sort of ‘Choose Your Own Adventure’ mini-game. While I can appreciate a game letting me put words in my own character’s mouse like in say, Dragon Age or Mass Effect, there are two glaring issues. The first is that the ‘pick your text line of choice’ option gets stale quickly, and even more bizarrely none of this dialogue is voice acted. Having played a lot of NBA 2K17 lately where there is loads of voice acting, and recalling games with these dialogue-style options like Mass Effect, the reading of lots of text while characters mutely move their faces just seems weird and behind the times.

This even rolls over to post-fight interviews where the reporter and your character again just move their mouths as text shows up at the bottom. In a game with a lot of audio and visual polish, this just stood out like a sore thumb. In other areas the audio is exceptional. The soundtrack is absolutely fantastic. Every year it amazes me how many good songs, but newer and classic (Black Sabbath Paranoid was an outstanding surprise) tunes come together to make this an enjoyable game to listen to. But then the commentators start talking during matches. Early on, they’re entertaining, but there is so little variation in what they say that by the time I was four or five matches into my career, I felt as though I had heard almost everything they had to offer. This is a frequent problem for sports video games, and one that there is no easy answer to, but WWE 2K17 suffers from worse than most. 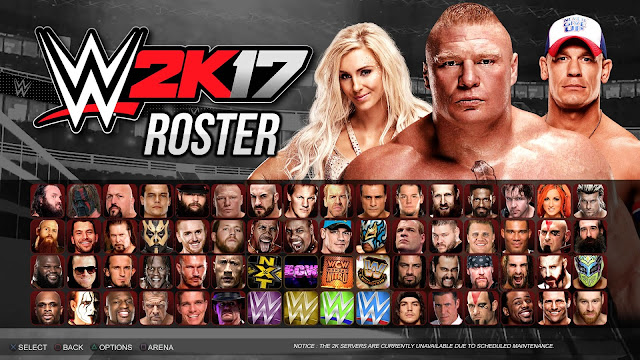 As for the actual wrestling, WWE 2K17 continues the good work it has done over the last few years in moving from mindless button mashing to a more finely tuned timing game that incorporates greater strategy into the game. You have to manage stamina, limited reversals, knowing your opponent (for example if you make a smaller wrestler, trying to scoop up and throw a much bigger wrestler just ends badly if you don’t soften them up significantly first). Two of the biggest improvements are the rollout options in bigger, crazier matches that allow you to recover before going back into it. Even better is the much needed targeting systems. Now with the press of the right stick, your character can toggle between targets. This is an absolute godsend for multiplayer matches now. I found it especially helpful in tag team matches when I put my opponent on his back in the ring, but before trying to pin wanted to shift focus and knock his team mate(s) off of the edge of the ring so I could finish the pin uninterrupted. Another minor but still entertaining feature is the way you can take the fight into the crowd now, further making WWE 2K17 more like its real life counterpart.

While I love the Universe and the MyCareer modes, there is one elephant in the room really holding the game back. I thoroughly enjoy the gameplay, the host of options and the wide variety of customisations that allow me to really make the experience my own. However, the lack of a Showcase mode is disappointing. It is not even my favourite mode in prior WWE games, but as a casual wrestling fan who doesn’t watch the sport week in and week out, I appreciated how the Showcase in the past allowed me to relive so many of the best storylines in WWE history with many of its most memorable characters. The mode was not perfect by any means, as in the past some of the win conditions made me want to pull my hair out in the past because they were so specific, yet I did find myself missing the mode this time around.

I understand the reason for removing this mode, because this year’s cover athlete, Brock Lesnar, has a history that would be difficult to portray properly because some of the wrestlers that make up his back story were not available to be used in this year’s game. This however, just makes the use of Brock Lesnar as the cover wrestler such an odd choice. I get it as he is a big draw and right now a major figure in the WWE Universe, but his microphone skills have never been good and this coupled with the inclusion of a new dialogue feature just seems like an odd fit. Hopefully next year the pieces come together in more convincing fashion, from modes and new features to cover athlete, but this year the pieces just don’t come together as cleanly as they could have. 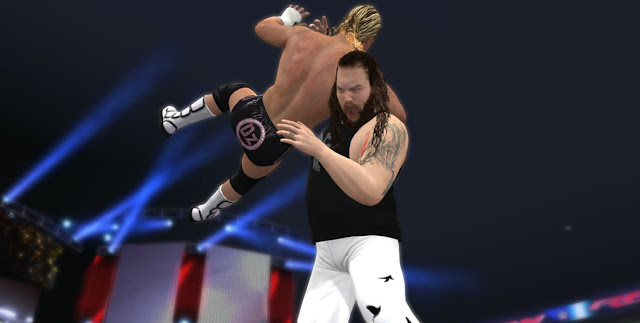 All in all WWE 2K17 is a really good experience. The smaller design choices both in the ring and for customising your experience are incredible, and when looked at as a completely package it is the best wrestling experience I have had to date. I happily sunk dozens of hours into the career mode and character creation menus. At the same time, the audio presentation is showing its age on multiple fronts and the missing Showcase mode was disappointing as well, even if it was never my favourite mode. More a series of small improvements than anything major, WWE 2K17 is a great deal of fun for wrestling fans.