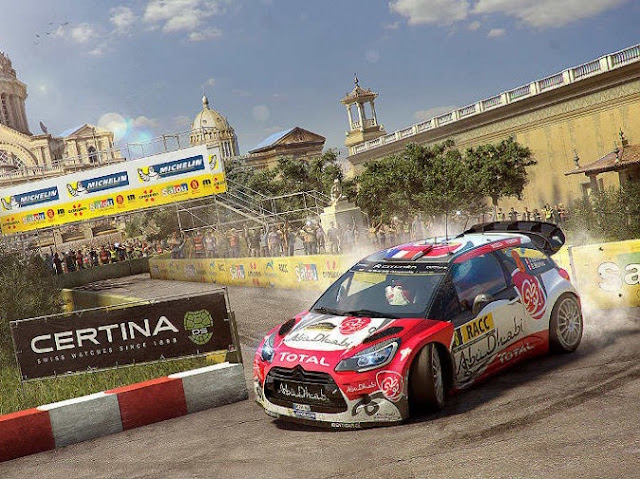 Picking up the rights to make games based on Rally driving is smart. Most racing games require complex AI to represent the other cars on the track, as well as physics to handle collisions between cars.

But Rally doesn’t have any of that. Rally’s all about getting yourself around twisting, winding, ridiculously thin courses in the fastest time possible. It’s time-trial in the dirt, the snow, and the dust, and being good at Rally requires great use of handbrake turns and drift. It’s not easy to be good at Rally driving, but looking specifically at the games, it’s hard to shake the idea that this is the “easy” version of racing to develop.

It’s not, of course, and the development team behind WRC 6 were certainly not lazy in how they approached this game. It looks good as your car hoons around the track, and the effect of dirt spraying around the place is spot on. Fans of Rally love their clouds of dirt-dust, and they’re going to enjoy the thrills of timing those sliding turns perfectly here.

loooool. This is gonna be a slog. I love racing games but I am *terrible* at Rally #PS4share https://t.co/X9NAAgDaCY pic.twitter.com/pp7PLtLNya

All the tracks from the WRC tour are here too and perfectly re-created from the actual sport. Because Rally is principally an off-road sport, there’s far greater variance in the environments that you’re racing in than on more traditional track-based courses. For example, speeding around Melbourne in the F1 Grand Prix games is great fun and all, but it’s hardly Australia. But in WRC, well, you’ll be coasting around that distinctive brown dirt and tinder dry trees that is so distinctly Australian in aesthetic.

The developers have worked hard to get the physics of your car down right, too. Surfaces do feel different to one another, and you’ll find yourself frequently adjusting how you approach a race based on the conditions. WRC is more than happy to punish even the slightest mistake by sending you into a side of the track, which will add precious seconds to your time. This is going to be frustrating at first. Even on the easiest difficulty level (which only seems to affect the times you have to beat as the game simulates the performance of the other drivers), it only takes a couple of mistakes to send your performance to the bottom of the leader board.

An interesting quirk of Rally driving is that you’ll often not be able to see what turns are coming up. Instead, the drivers will have a co-pilot- with a map and notes on the track – in the car with them. As the driver concentrates on speeding into unseen turns like a madman, the co-driver barks out commands. In other words, Rally is a genuine team sport that relies as much on the precision and timing of the co-pilot as it does the driver. In WRC this translates to a guy with an English accent telling you what corners are coming up. Ignore this advice at your peril because you’ll often not have time to react to turns when you first sight them. 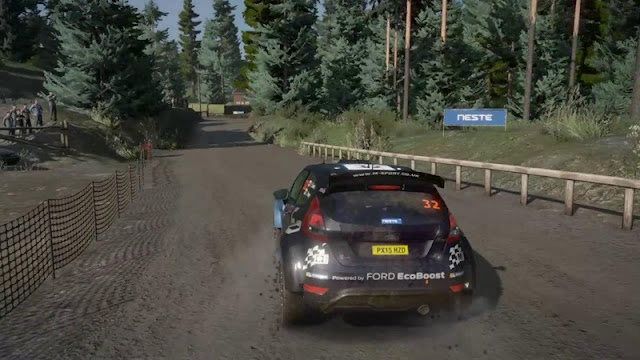 Of course if you’re anything like me, and ignore GPS voice commands when driving around the city, you’re probably going to ignore these commands at first too, which is going to make the racing even more difficult. After a bit of practice you’ll start to learn to appreciate what each command means, and in responding to them properly, your driving performance will also start to improve. It’s odd, but it’s also a system that works.

There’s the regular career mode, which makes up the bulk of the game’s content. As is standard you’ll build yourself up from the dregs into the top tier of competition, and naturally fans of WRC will get a real kick out of competing against their favourite racers; it’s a fully licensed game. This career mode is fairly no-frills, and we’ve seen far more comprehensive examples in other racing games, but there’s enough here for fans.

Other than that there’s a custom championship mode, multiplayer, and a single race option. These options are quite thin, and the lack of variety that comes from not having to race against other cars leaves WRC 6 feeling hollow. The development team did do everything they could with the material, but as racing games go, this one is as niche as they come. 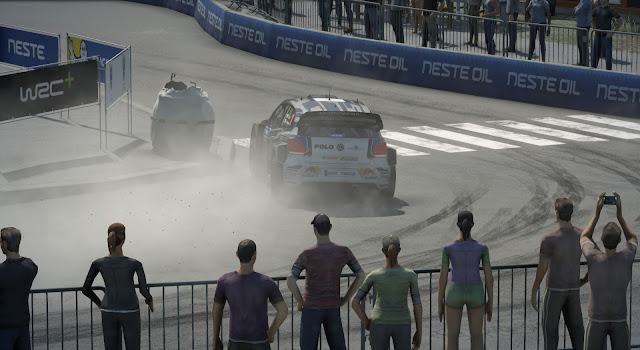 Related reading: You can check out Nick’s review of the similarly-themed DiRT on PlayStation 4 here.

You have to be a rally game fan to enjoy WRC 6 much, but if you are, then I suspect you’ll appreciate the authenticity the game offers that other, more general interest rally gamers, like Dirt, do not offer.