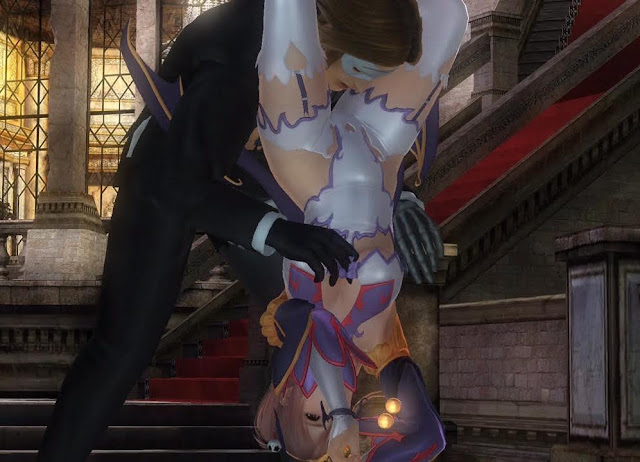 I haven’t played Dead or Alive 5 for quite some time. Not because I’m sick of it by any means (indeed, it’s incredible how much this game has stuck with me from when I first played it on the PlayStation 3 in 2012), but just that there’s been so much to do, and I also happen to really like Dead or Alive Xtreme 3, which tends to give me my franchise fix.

But Koei Tecmo has been diligently working on it through all this time, and in the last couple of months we’ve seen new costumes, a new stage, and a new character. So I figured I’d give these a spin and see how they all stack up.

Costumes: Koei Tecmo has made a habit of releasing a set of DLC costumes every Halloween, and predictably these costumes are all themed after the season. Some are utterly ridiculous, others are the kinds of things that you might expect to see at a costume party, and then there’s the girl’s costumes, which… well, they’re like what you’d expect to see at a costume party if the girl is really confident. 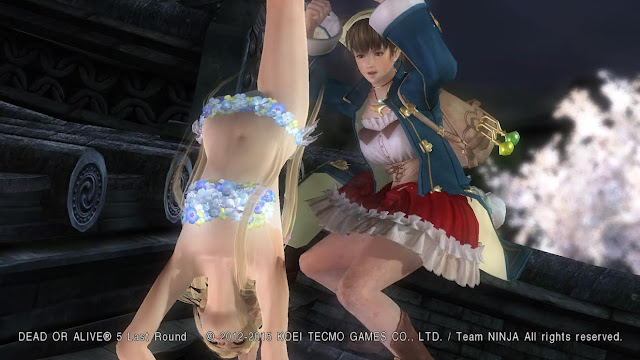 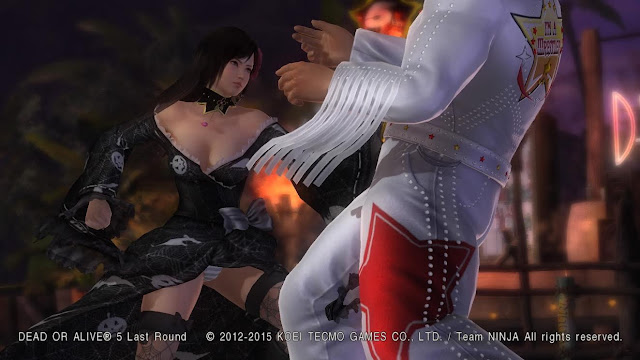 This year’s costumes are a fun bunch, with standouts being Bayman’s traditional samurai costume, Hitomi’s haunted wedding gown, and Kokoro’s black witch costume, which looks like Lulu’s dress from Final Fantasy X, only without the bottom half of the dress.

The other notable costume sets recently include tie-ins to Gust’s Atelier series, Attack on Titan, and Fairy Tale. And because the bikini DLC sets are popular there’s another one of them: a flower bikini set for the girls. With these costumes, as the girls take damage through the fight, petals from the flowers will fall off. Knock them all off and the girls will be as close to naked as Dead or Alive can go before it’ll need reclassifying.

Stage: The new stage is based on Attack on Titan, and it’s a visually impressive one. The stage itself is on the top of one of the anime franchise’s famous giant walls, and at the start of a match, a gigantic titan will rise up in the background and watch what’s going on between the two fighters. Intimidating stuff. This naturally ties in nicely with the Attack on Titan costume set you can download for the characters. 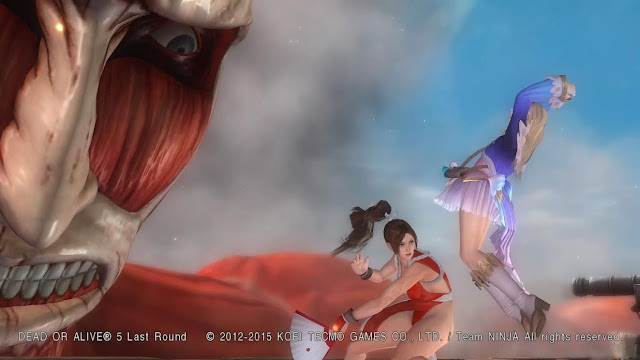 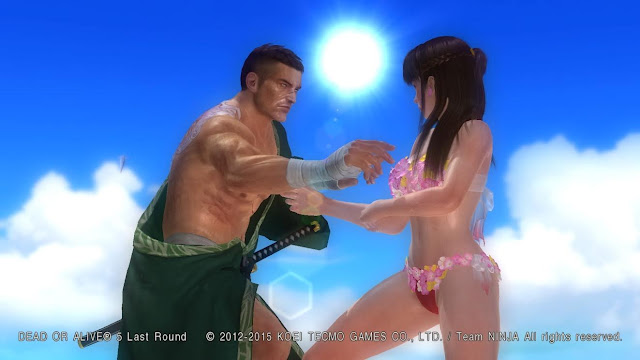 Character: The latest character to be added to the Dead or Alive roster is Mai Shiranui, a crossover character from the King of Fighters franchise (and there are King of Fighters costumes available for the other characters). Mai brings another spin on Ninjutsu combat to the game. Initially she’ll seem scrappy, as her form is hunched over and poised to strike by default, but as you get some practice in with her, Mai’s combat style starts to feel quite flowing and graceful.

Related reading: Matt’s piece on why he really likes Dead or Alive Xtreme 3.

Unsurprisingly there aren’t many costumes available for her yet, but as future sets of costumes are released her wardrobe will grow. Unfortunately, she’s not the most inspiring character overall. Dead or Alive already has plenty of kunoichi (female ninja) characters in the roster, so having another one, even with a different combat style, feels a bit wasteful. Koei Tecmo could have pulled in characters from so many other sources that would have been unique (Talim or Sophitia from Soulcalibur, for example, or one of the girls from Gust’s Nights of Azure), so this crossover just doesn’t sit so well with me.

I’m also just now starting to see the age of the base game. Dead or Alive 5 remains a gorgeous game on PlayStation 4, and the characters – especially the girls – are still impossibly sexy. But there are some lines that are sharper than they should be, and the costumes are just a little more rigid than we know is possible on the current generation’s hardware. Remember, the base engine of Dead or Alive 5 is from the PlayStation 3. Koei Tecmo has done a great job scrubbing it up and keeping the game supported in the years since, but it’s hard to shake the feeling that we’re ready for Dead or Alive 6 now. Boy, am I expecting that to be be mind-blowing.