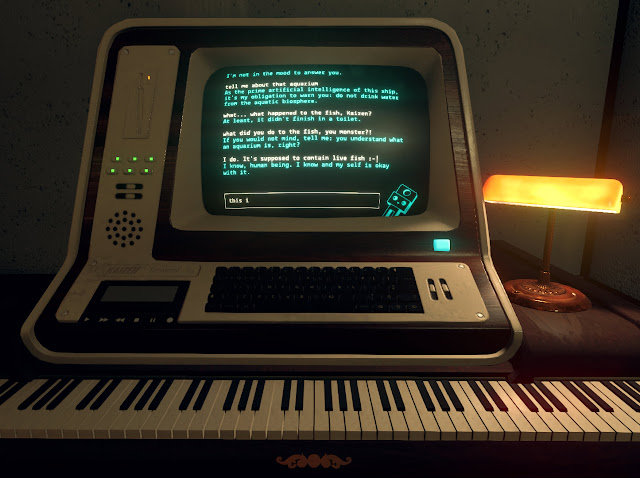 With some pretty humble beginnings at the root of Event[0], it is really impressive just how far this one time experiment from Ocelot Society has come. It could have been one of those games that was ‘a good idea’ but lacked execution, but in fact Event[0] is more than just an interesting experiment and is in fact an excellent indie experience worth exploring.

The beginning of the game starts off on an interesting foot as it presents you with a throwback to text games of old where you get our back story and are introduced to Kaizen, who is best described as a ‘lonely AI’. Rogue, inexpediently thinking AI is hardly a new narrative device in science fiction, but the personality of Kaizen is very intelligently handled that I could not help but be drawn into my interactions with it.

This early section of the game allows you to create an identity for yourself. This does not dictate what will happen next, and I dare not lay out too much of what Event[0] is all about because with a game this heavily focused on story any sort of spoiler acts as a disservice. The titular ‘Event’ referred to is that you survived something that occurred on another spaceship before your solitary pod makes its way to your new home where you meet Kaizen. Event[0] is really all about the relationship formed with this strange AI who is both polite and seemingly helpful, but as one might suspect there are things going on beneath the surface that warrant investigation. Because we’ve all seen 2001: A Space Odyssey, right? We know where AI can go. 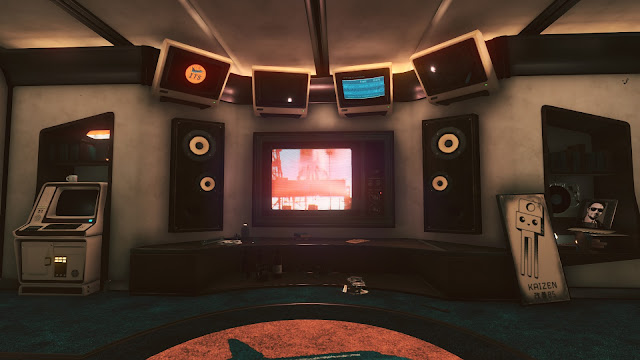 Once you move on from the opening minutes, you start to explore a ship that is spooky in its eerily empty existence. Like AI interactions, the idea of being stranded alone in space is hardly new, but again these two elements work very well hand-in-hand with one another to construct the framework for what I would consider to be a first person adventure game. Despite the humble beginnings of Event[0], Ocelot Society deserves a lot of create for the construction of your relatively small but incredibly detailed habitat. There is an obscene attention to detail that goes into every room, and I came away with the impression that every last detail was in some way accounted for.

To its credit, the space station does not feel like a series of puzzles interconnected in the guise of various rooms. There are some small, relatively simple puzzles to work through now and again, but unlike a lot of adventure games where the rooms are the puzzles, Event[0] appears to be a fully constructed environment first and foremost. The puzzles are then built in afterwards, which can make them slightly harder to spot. I think I spent more time trying to find interactions than actually working through them.

The sound design is more about ambient effects than music, and that gives the game a creepy ambiance that is hard to ignore the longer you play. The absence of music is at times a silent reminder of the absence of life on the station as well. This breeds a greater sense of isolation that starts to mentally began to wear on me as I played. The interplay of light and shadow, the sounds echoing the longer, more vacant spaces and the science fiction setting imparted similar sensations of tension and dread in me that Dead Space did. Of course, this is not an action title and I was not worried about my ammunition or fighting off waves of monsters, but there is a palpable sense of unease throughout the proceedings as you get to know Kaizen, who really is the centrepiece of the experience. These interactions are not perfect – this is not true AI and as a result I understand that not all contingencies can be accounted for when you are trying to delve deeper into just who or what Kaizen is. Event[0] is after all trying to sell the idea of AI, not actually constructing it. So long as you keep that expectation in the back of your mind, the experience is far more immersive. Otherwise, one could find themselves somewhat frustrated with the limitations of Kaizen. The number of different interactions you can have with the AI is impressive, but it is far from perfect and admittedly these imperfections did throw me out of the experience early on until I came to accept them for what they were. 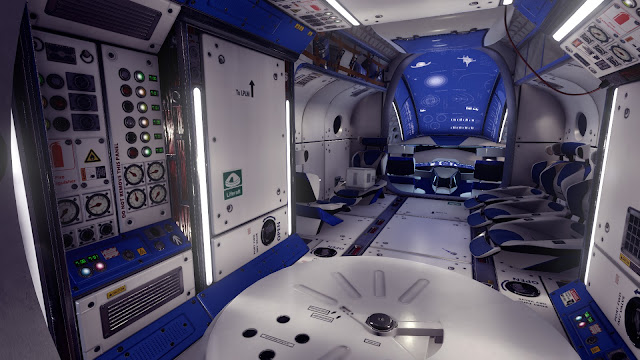 Kaizen is an interesting entity in and of itself. At times it is appropriately cool and polite, like one would expect a robotic AI to be. But there are moments where Kaizen is something more, where it clearly wants you to be its friend. To the developers’ credit, Kaizen proved full of surprises. While some of the common science fiction tropes I mentioned above are baked into the story, they serve as springboards not constraints for the story. Kaizen expresses loneliness and there are moments where you realise it might not be so much interested in your well-being in and of itself as the possibility of losing you to interact with. The way the game adapts to your choices is excellent, and helps to provide some solid replay value. Event[0] is a short game – I beat it a few times in single sittings, and of course like most adventure games after that initial completion of the game subsequent ones went more quickly. Some of the experiences were pretty similar, but I also had adventures played out very differently from one another. At the heart of these different developments was my relationship with Kaizen.

Event[0] succeeds because of that last line there: my relationship with Kaizen. The entire experience hinges on your ability to form a relationship with this character at the heart of the story, an AI of all things. The best books, movies and video games try to make you feel something, and to that end Event[0] is an interesting experiment and a worthwhile experience that stands out as very unique game despite its humble roots.