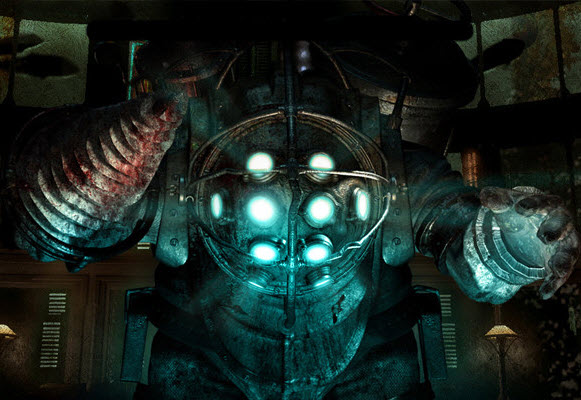 If you managed to somehow miss all or even some of the Bioshock games and enjoy first-person action games, then this remaster is a great excuse to give those missed opportunities a try. Admittedly, there is not a whole lot new to the package, but the impact of the Bioshock games is impossible to ignore and this collection reminds us just how good the series has been.

The Director’s Commentary and inclusion of all of the various bits of single-player DLC serve as the primary trimming, as each of the titles also gets a visual facelift. Graphically speaking, the style of all three games was always very impressive, but the improved resolution and textures certainly make the titles look better than ever on the console. The upgrades are naturally more noticeable in the first Bioshock than the last, which makes sense given the gap between the releases. The framerates are excellent and it is great to see how well the original games have held up over the years. It is hard to believe that the original Bioshock came out in 2007, but at nearly a decade old it still holds its own today.

Bioshock is clearly an action game, but one of its strengths is the variety of action elements it brings to the table. Combat is a violent, visceral affair as it blends guns, melee attacks and Plasmids/Vigors (almost like magic or Force powers that can throw objects and enemies around a room, set fire to them, summon swarms and more) that keeps the action varied and entertaining. Mini-game moments like hacking various systems also keep the action from getting too monotonous and encourage you to think outside of the box. It is not quite ‘combat versus stealth’ like some games tout, but like the different Plasmids/Vigors at your disposal, Bioshock encourages experimentation and creates a satisfying experience. 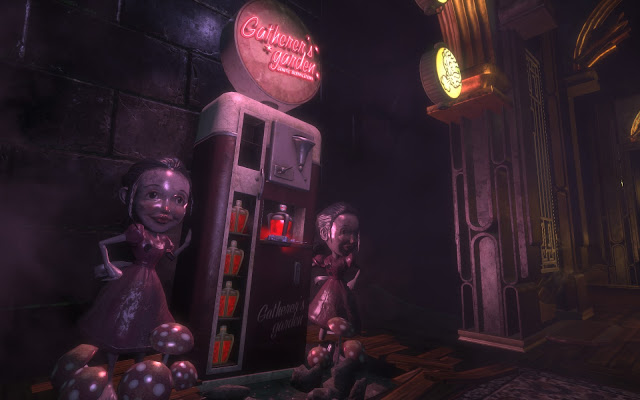 The first two games are visually the most appealing. The claustrophobic, underwater city of Rapture tickled my imagination the first time I played Bioshock. Regular readers here know I have a soft spot for post-apocalyptic stories, movies and games and Bioshock’s initial offering was a self-contained world that had fallen into ruin. Little leaks, scratchy audio logs and signs of ruin in what was meant to be a perfect society that instead crumbled under the weight of its own impossibly lofty goals create a haunting environment that creates a more distinctively horrifying atmosphere than most horror games can ever hope to pull off.

The first person perspective is one of the best mechanisms for delivering suspense in a video game, and while Bioshock is not classified as horror, it certainly knows how to build tension. Dark, dank passages with addicted, savage Splicers show humanity at its worst – stripped of reason and conscience. Big Daddy monstrocities are bulky, towering threats that thump their way up and down lonely passages protecting their charges – Little Sisters – and will wreck havoc on those who are improperly prepared. They start off looking like goofy abominations but the first time a Big Daddy sets its angry gaze on you, it is apparent that they are no joke and have since become one of the more iconic characters in the video game industry.

The original Bioshock not only benefited from its unique setting but from a story that successfully kept interesting carrots dangling in front of me all game long. There are elements of mystery that beg for you to continue exploring and discovering more of what Rapture has to offer – and what led to its ultimate demise. There are some suitably entertaining twists that admittedly do not have the same punch now that I have already experienced them years ago when first playing the game, but the visual improvements to the game certainly make Rapture even more exciting to explore now than it was years ago. Subtle effects from smoothly shifting shadows to flickering lights and glistening water all serve to make the often empty passages of Rapture an eerie but memorable place to explore. 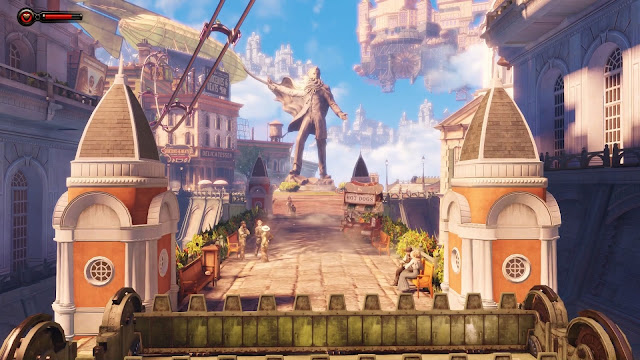 The second Bioshock still tells an interesting story, but suffers from being so similar to its predecessor that it never really stands out on its own. It is a perfectly good game that lets you explore its world a little more broadly than before, but just lacks that spark at the original had. To its credit, Infinite learned from this lesson and took things in a very different direction with the floating city of Columbia. The visual style is certainly just as distinctive as the first two games, but Infinite replaces dark brooding passages with wide open spaces as the adventure takes place in the sky. Instead of inky dark blue waters we have brilliant azure skies with puffy clouds and tall, sweeping architecture.

The story is certainly engaging in Infinite, assisted ably by excellent voice acting and a handful of narrative hooks that kept me interested. As a huge fan of tense horror games however, Infinite often felt inferior to the original due to its need to pull the action into buildings to try and build that same level of suspense. The moments of respite when travelling outdoors serve to break up the tone and ambiance of the game, and the skyline travel mechanic is certainly refreshing, but it never quite reaches the level of greatness that the original did. Moreover, the update is not as impressive as the first two games, as Infinite was already a polished, more modern game in terms of its visuals, so the HD treatment is not as noticeable here.

Aside from the commentary and DLC, there are a few quality of life improvements to be had such as customising the controls. One notable absences is the removal of the online multiplayer component from the second game, but that’s hardly a big deal; Bioshock was always a single player experience. The multiplayer was only there in that game to try and convince players not to trade the game back in after completing it. All the publishers were doing that back then, and it led to games where multiplayer was never going to work having resources wasted on it trying to throw multiplayer in there. 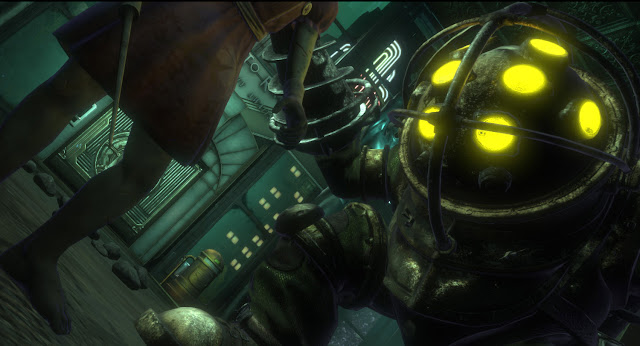 Other than the most committed fans it is likely that players will find some content they hadn’t seen before. In my case, I had played through and enjoyed all three, though I had missed out on almost all of the DLC, having moved on from the games by the time it released. This was a great excuse for me to go back and experience all of it with a fresh coat of paint and a few years away from the series. The series has had a big impact on other games over the years, reminding us that tension and horror came come from more than just scripted jump scares and ghosts but a strong sense of mystery in your storyline and an excellently designed environment. Combat also finds a way to mix and match different elements, turning what could have been a redundant experience into one that progresses and changes over time and keeps the action fresh.

That is not to say the experience is completely flawless. While these are great games, there were a handful of bugs back when they first released and a few of them are still present today. While I have read a lot of reports about PC bugs, my only experience with the collection is on the Xbox One, which is generally quite solid but still has a couple of quirks now and again. The first is with zapped turrets not wanting to let me hack them and the second is a strange sliding/sloping glitch that forces me to save/quit/restart to set the game right. The first time this happened I figured it was a one-off, but it has happened to me three times now. Weird. Far from deal-breaking, but weird.

Bioshock: The Collection takes three good to great games and does right by them by providing excellent visuals and all of the extra content for those who want to get even more out of the experience. It is surprising just how well the series holds up today – a testament to the original game design. More than that however, the atmosphere of Bioshock remains strong today and is enhanced by the visual upgrades this collection provides. As a fan of the series, I enjoyed my return to Rapture and Columbia and if you missed any of these games before, this is the perfect excuse to give them a go.