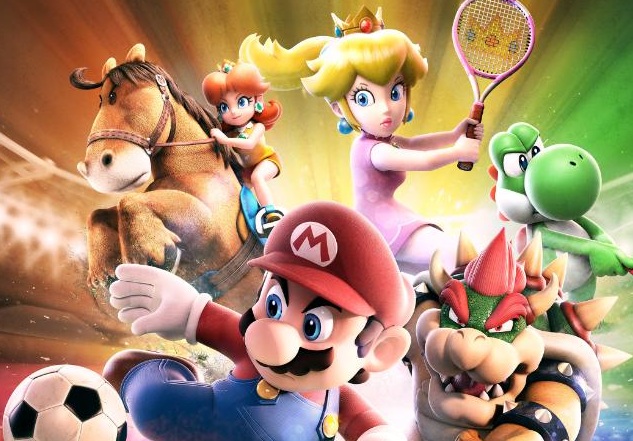 If you’re a fan of Mario’s sports outings, Nintendo revealed a little something today that should pique your interest. Instead of having to shell out for the next entry of Mario Golf, Mario Tennis, Mario Super Strikers, or Mario Baseball, you’ll have the opportunity to get them all at once.

Yes, come spring 2017, the 3DS will play host to Mario Sports Superstars. It offers the five sports on one cartridge in a manner reminiscent of the Wii’s Mario Sports Mix.

At DDnet, we haven’t found more recent Mario sports games to be as consistent as they once were. On one end of the spectrum you’ve got wonderful experiences such as Mario Golf: World Tour and on other you’ve got the thoroughly disappointing Mario Tennis: Ultra Smash.

If Nintendo brings its A-game, however, this could be one of its finest sports titles ever. With five separate activities and the promise of deep mechanics for each, there’s real potential here. At the very least, we know we’ll be getting solo tournaments and online modes for all games so this diversity could slightly mitigate some of the issues that have plagued the single-sport releases in the past. I do hope that there’s some sustainable value for solo players and that online is not this title’s bread and butter.

We don’t know the final roster and which ones will be fully playable but in terms of characters, you can  expect to see Mario, Luigi, Peach, Daisy, Rosalina, Donkey Kong, Diddy Kong, Bowser, Bowser Jr., Wario, Waluigi, Boom Boom, Pom Pom, Yoshi, Birdo, Boo, Baby Mario, and Baby Luigi. That’s already quite the gang for a Mario sports game that doesn’t entail karts.

Will you be joining the plumber and his pals?

The Goichi Suda chronicles: On No More Heroes and self-deprecating satire