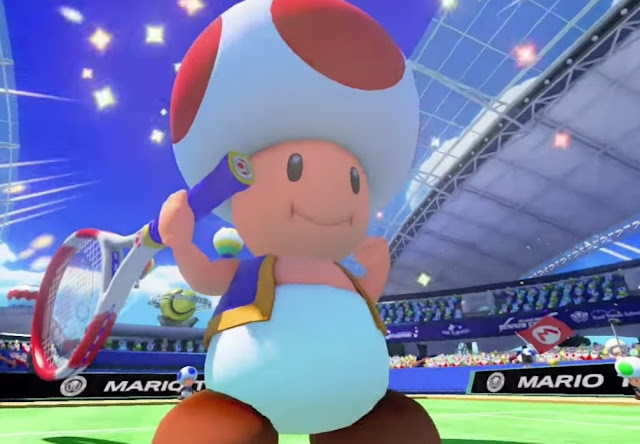 It is really quite the tragedy. Even as Mario Golf has slowly worked its way to become Nintendo’s premier party sports game, Mario Tennis has lost a little bit more of its once overwhelming soul with each new edition. The Nintendo 64 Mario Tennis was one of the finest sports games ever developed, offering a good mix of deep mechanics and accessibility to suit both the single player and multiplayer experience alike. Similarly, the first handheld Mario Tennis, on the Game Boy Color, offered a narrative and RPG-like levelling up mechanics to keep players playing on for dozens of hours at a time.

Related reading: To see Mario Tennis at its best, consider either the GBC or GBA titles, available on the 3DS and Wii U Virtual Consoles (respectively).

But the last handheld Mario Tennis game, released on the 3DS a few years back, was a hollow shell of a game, focusing on short online games and gimmicks that added to the visual flash of the experience, but did nothing for the underlying mechanics. Mario Tennis: Ultra Smash on the Wii U takes things one step further, turning the core game into a completely uninspired and gimmicky party game with no meaningful depth to speak of.

The key addition to Mario Tennis: Ultra Smash is the ability to pick up a mushroom midway through the match and become giant sized, making it almost impossible to get a shot past you, while also upping the power with which you hit your own shots. Nintendo would want you to believe that this addition adds a strategic layer to the proceedings, forcing you to consider whether, if your opponent grabs a mushroom, you do the same (as they typically appear on the field at the same time), or do you try and hold in for a point or two, so that the mushroom wears off, giving you a chance to then grow supersized and dominate the field yourself? In practice, though, there’s no real reason not to grab a mushroom as soon as it appears, and because these make it difficult to get shots past one another, it also means rallies tend to be more protracted than they need to be, and frustrating because skill and positioning alike both take a hit when you’re in control of a lumbering tennis Godzilla. 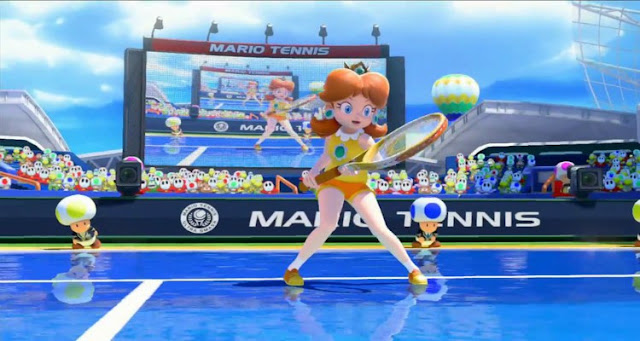 Otherwise, the game plays out almost exactly the same way that the 3DS title does. In addition to the basic strokes of tennis (slice, top spin and flat), power spots periodically appear on the court, and hitting the right shot (topspin, slice, or power) within these spots will enable your character to hit a very powerful shot that is fast, and difficult to return. Of course because your opponent also gets to use these shots, each game quickly degenerates into a slug-fest of power shots before one finally manages to slip past a player. It’s not strategic in the slightest.

I contrast this to the N64 original Mario Tennis, which had none of these power shots, and instead required players to really master the angles of a tennis court and work themselves into a position to dominate a point, and I really struggle to enjoy the direction this series has taken. The original Mario Tennis points would look like a real tennis match, with players using the left and right of the baseline to work themselves into a position to come into the net and finish a point off when a proper opportunity arose. By contrast, in this Mario Tennis version the visual is completely unrealistic to the movement and flow on a real tennis court because instead there is a constant mad scramble to get to where the power spots are, and there’s no real room for finesse with drop shots and lobs. Victory is simply a matter of building up a sequence of power shots to the point where the other side can no longer respond, because returning a power shot drives the other player deeper into the court until they eventually can’t cover the whole court.

Even in the single player mode that allows you to remove the mushrooms and power shots, the mechanics of Mario Tennis have been tweaked to the point where it’s simply not entertaining as a tennis game. Characters now move too quickly and hit the ball too hard, leaving something that is passable as a brief arcade game (though even then Virtua Tennis and its ilk offered a far deeper level of strategy back in the day), but nothing worth sinking time into. 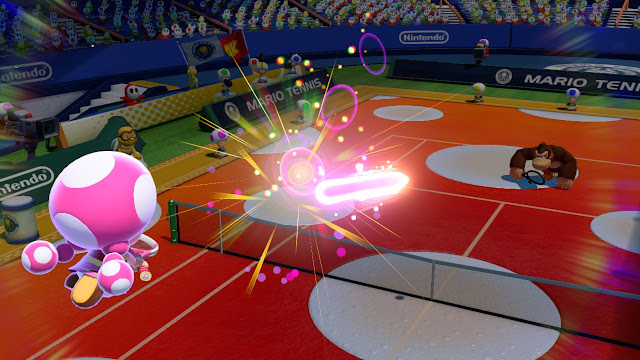 Perhaps in recognising this, Nintendo has removed any pretense of Mario Tennis having any single player value. There’s no attempt to offer a tournament mode, and certainly no story; there’s the ability to play a single match of standard tennis, as described above, or the “main game,” which is a single match with super shots and magic mushrooms. Then there’s a rally minigame, and a survival mode, which challenges players to take on increasingly difficult opponents in short, sharp, intense tiebreakers.

The other great gimmick of the game allows you to use a select few of your amiibos to be your doubles partner. As you play with them more they level up, becoming more effective on the court. It provides a sense of progress, in a sense, but, as with the amiibo in Smash Bros. I cannot for the life of me fathom why you can’t actually play as your amiibo. If you’re going to spend around $20 Aus on the collectable lumps of plastic, it would be nice to do something directly with them, rather than watch them run around as an AI-controlled ally.

Finally, there’s the online mode, which I am already finding difficulty finding matchups in. As with Mario Tennis on the Nintendo 3DS, this mode is far, far too limited to really fly as the game’s focal point, but it is quite clearly where Nintendo is expecting people to spend a lot of their time with this game. There is at least a points system, giving you some kind of reward for getting better at playing opponents, and the netcode is certainly better than what we saw with the 3DS Mario Tennis, but at this point it’s damning the game with faint praise. 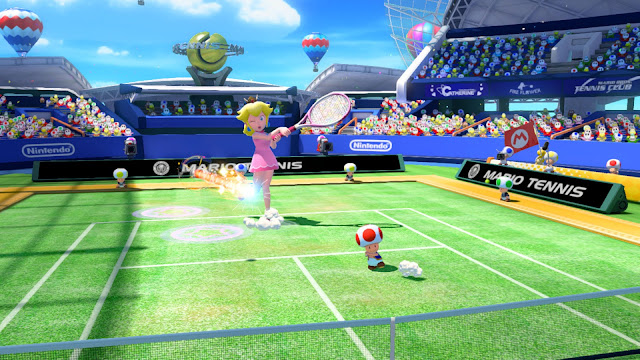 I can appreciate that tennis is, as far as videogame design is concerned, a fairly limited sport to try and recreate. Nintendo isn’t the only one to struggle with this; EA and SEGA have both taken cracks at tennis franchises, and rarely have these games been up to the quality of the other, more complex sports games for their generations. Furthermore, bringing new features to the table is not as easy as in, say, Mario Golf, where new courses can be built to maintain player’s interest. But I’m not a fan of the turn that Mario Tennis has taken in recent iterations towards fast, vapid arcade action, and while I appreciate that multiplayer is always going to be the core of the Mario Tennis experience, the complete absence of any kind of single player meat to go with the local and online multiplayer is another blow against it.

Related reading: Mario Golf on the Nintendo 3DS is exceptional. Fingers crossed for a repeat return to form the next time there’s a Mario Golf on a home TV console.

The good news is that after the bomb that was Mario Tennis on the 3DS, Camelot turned things around and nailed the 3DS’ Mario Golf. I do hope that there’s history repeating there because a really, really good Mario Golf game would be either the perfect way for the Wii U to go out, or the perfect title to launch with the Nintendo NX next year.